Eddie Hearn: I Am A Big Conor McGregor Fan 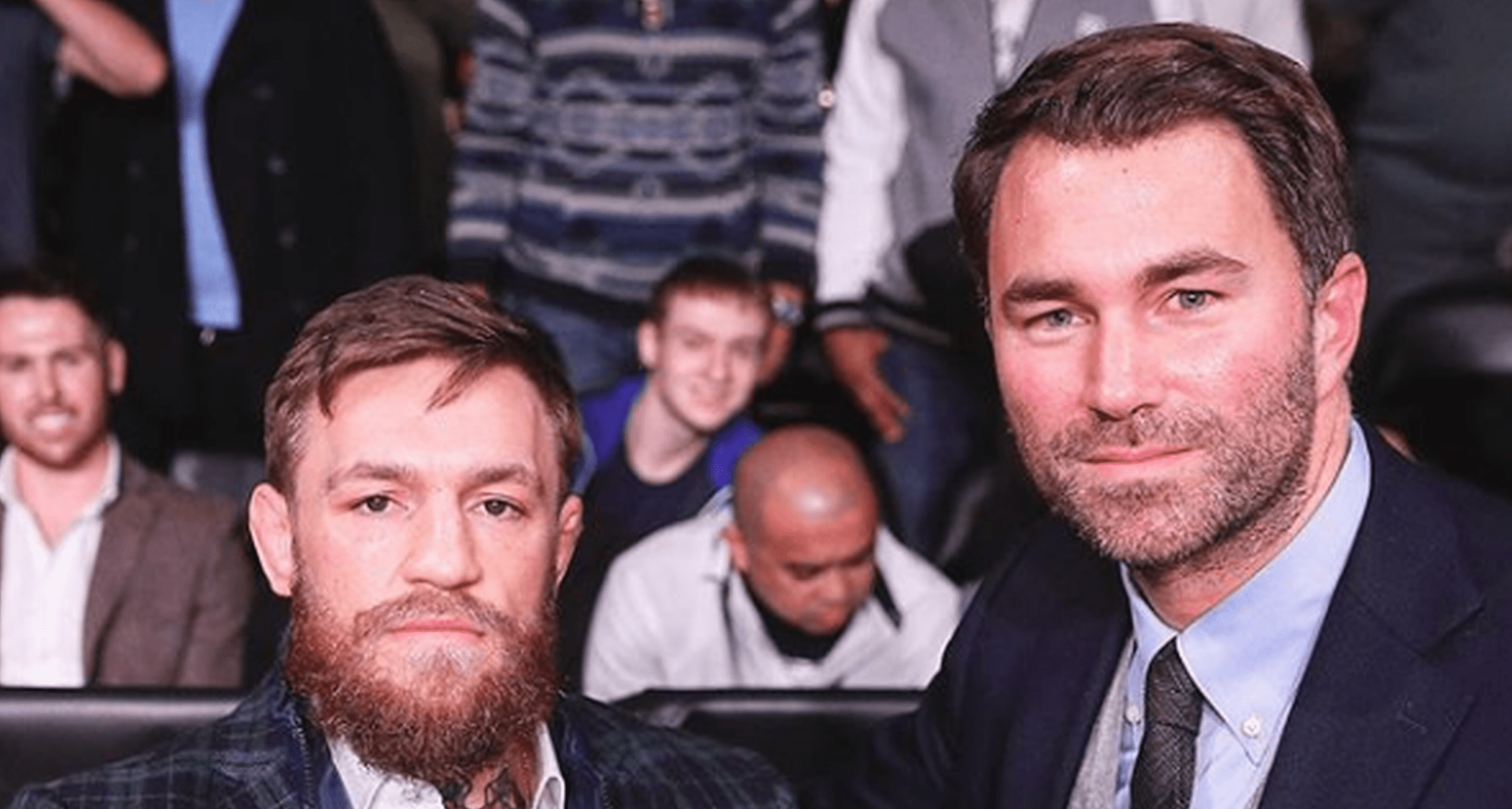 Eddie Hearn has been very upfront with showing his respect towards UFC president Dana White in recent years. Well it seems that the respect towards the MMA world doesn’t end there. The Matchroom Boxing CEO recently discussed his respect for Conor McGregor.

Speaking to talkSPORT, Hearn opened up on how much of a big fan he is of ‘The Notorious’.

“I think Mr Dana White has Conor McGregor nicely locked up for the next few years. I think Conor is great; he is such a character, such a personality, such a great fighter,” Hearn said.

“So much character, so much personality – he is just a great performer. He is a great self-promoter and I am a big Conor McGregor fan. He’s never going to be a world champion boxer – he can look after himself – but taking all the Octagon stuff away, there’s a guy that’s really revolutionised UFC and MMA.

It has been three years since McGregor competed in is sole boxing contest. A super fight with Floyd Mayweather, undoubtedly the king of boxing while he was active. Although he was stopped in the tenth round, the fight drew 4.3 million pay-per-view sales, falling just short of the Mayweather vs Manny Pacquiao bout, which reportedly sold 4.6 million buys.

Considering McGregor had never set foot in a professional boxing ring before, it proves just how big a draw he is, even in boxing.

A few days ago, McGregor posted a cryptic tweet, ‘tinatanggap ko’. Which means ‘I accept’ in Filipino. Hinting at a return to the ring against Pacquiao. The Filipino superstar is signed with the same management company as Conor.

Even in retirement, McGregor continues to generate buzz across all combat sports. It is surely a case of when, not if, the former two division UFC champion returns.

Who would you like to see Conor McGregor face if he comes out of retirement?