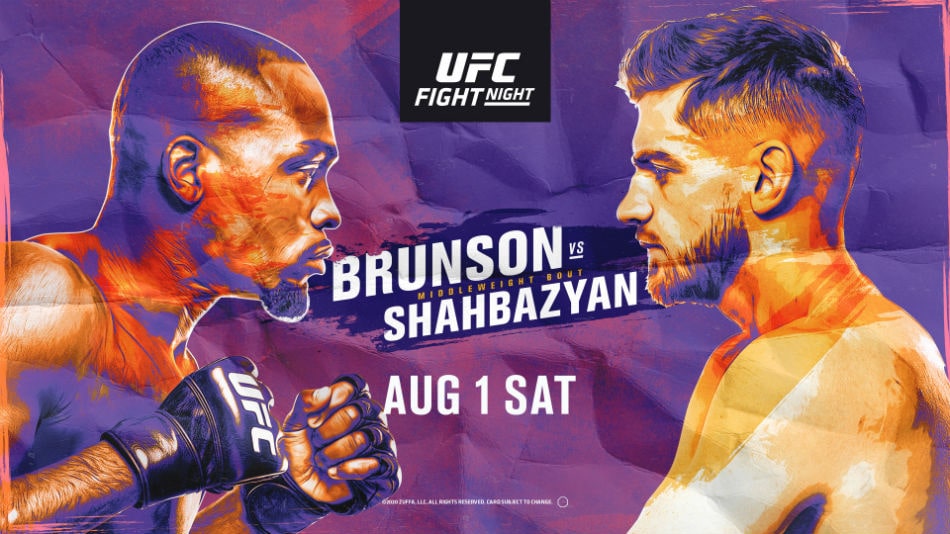 UFC Vegas 5 goes down on Saturday night at the UFC APEX in Las Vegas, Nevada. In the main event, Edmen Shahbazyan will looking to claim the biggest scalp of his career so far against Derek Brunson.

Shahbazyan, famously managed by Ronda Rousey, remains unbeaten after eleven profession fights and is coming off an impressive first round knockout over Brad Tavares at UFC 244. The 22 year old has stated that his goal is to become the youngest ever champion in the UFC.

Looking to put a spanner in the works will be Brunson. Sitting once place higher than Shahbazyan in the UFC rankings at number eight, the 36 year old is coming off back-to-back wins over Elias Theodorou and
Ian Heinisch.

In the UFC Vegas 5 co-main event, Joanne Calderwood is set to take on Jennifer Maia in a top six flyweight contest. ‘Jo Jo’ decided to take this fight instead of waiting for a title shot against the currently injured 125lbs champion, Valentina Shevchenko.

Maia is coming off a loss to Katlyn Chookagian at UFC 244, who was also the last woman to beat Calderwood. While anything is possible, the winner of this matchup is almost certain to fight for the title next.

In the lead up to UFC Vegas 5, several changes were made. Including the cancellation of fights. Then moments before the main card, Trevin Giles fainted, resulting in his fight with Kevin Holland also being scrapped. The card now only features eight bouts.

This is how the MMA world reacted to UFC Vegas 5: