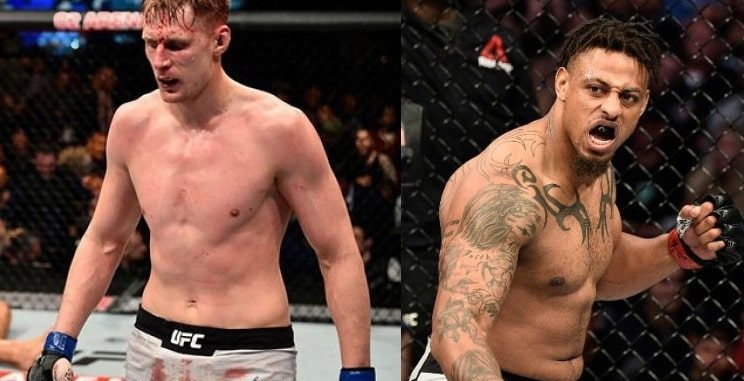 We reported yesterday that Junior dos Santos would not compete at UFC Moscow against Alexander Volkov, as the former UFC heavyweight champion was hospitalised due to a serious bacterial infection. JDS was scheduled to face Volkov in the main event of UFC’s return to Russia on November 9th. ESPN’s Brett Okamoto has since reported that UFC newcomer Greg Hardy will be stepping in for JDS, facing Volkov on the card.

However, instead of headlining the card, the heavyweights will have to settle for the co-main event slot. In the main event of UFC Moscow, Zabit Magomedsharipov and Calvin Kattar will collide in a pivotal featherweight clash, which was earlier the show’s co-main event.

Greg Hardy only fought last week at UFC Boston. However, the controversial fighter, who was originally awarded the win against Ben Sosoli via unanimous decision used an inhaler between the rounds. This resulted in the win being overturned to a no-contest, which led to a massive debate on social media.

While Hardy did consult a commission inspector before taking the inhaler, UFC exec Marc Ratner said it was illegal to use an inhaler during the fight. With the win being overturned, Hardy’s professional MMA record stands at 5 wins, 1 loss and 1 no-contest. Greg’s only loss in MMA also come under controversial circumstances, when he kneed Allen Crowder illegally earlier this year, resulting in an immediate disqualification.

Greg stepping in at UFC Moscow also marks his fifth UFC fight in 2019. The “Prince of War” made his UFC debut back in January, and will make a massive jump in the calibre of the opponents he has faced thus far, when he takes on former Bellator heavyweight champion, and number seven ranked UFC heavyweight, Alexander Volkov.