Honorio Banario Opens Up On Moving Back Down To Featherweight 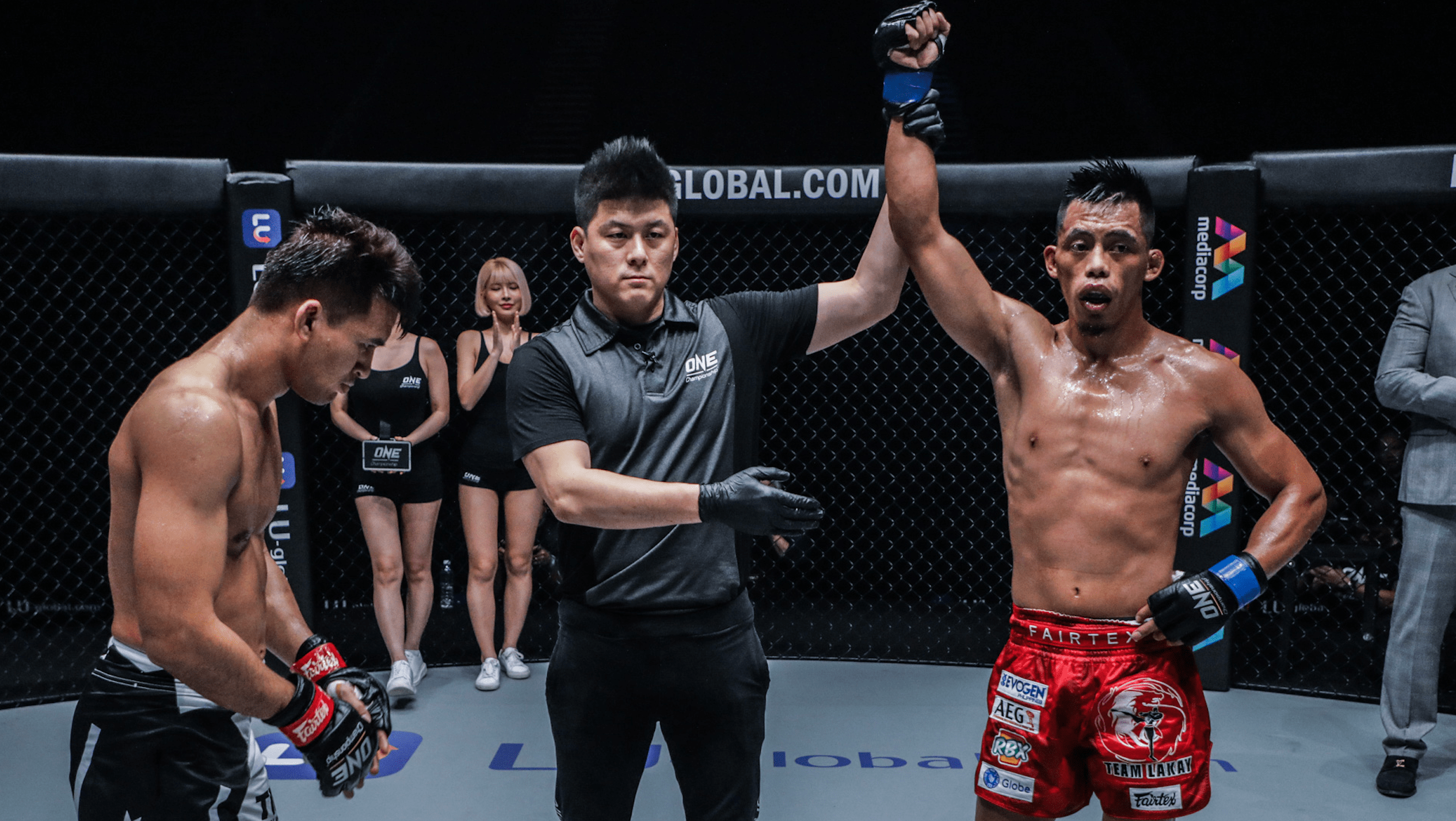 Honorio ‘The Rock’ Banario made a successful return to featherweight this past weekend at ONE: King Of The Jungle, defeating Shannon Wiratchai by split decision.

The win in Singapore ended a run of three losses for the Team Lakay stalwart. Speaking to ONE Championship after the win, Banario said that it felt good to return to the featherweight division, where he was previously the inaugural ONE featherweight champion.

“I felt good. I feel lighter and better. I think I was able to bring my power with me, and I was able to control him and take him down at will. Even if I didn’t have a perfect performance, I was still able to implement our game plan properly. I’m happy with my performance in my first match back here, and I’m sure that the next time I’m competing, I’ll improve more because I had a good start.”

With Wiratchai a southpaw known for his explosive striking, Coach Mark Sangiao prepared the winning game plan for Banario.

“He is a southpaw, so when he made a step, I needed to take a side step to the left earlier than him so that I could strike first. I’m used to catching kicks as well, so that’s what I prepared for, together with takedowns and ground control. From what we saw from his previous bouts, we could attack his takedown defence, and he gets tired when he tries to escape from the ground, so that’s what we did throughout the match.

“We wanted to neutralise his striking. We wanted to put pressure on him by pushing him to a corner, and when he’s tired, go for a takedown. Once there, we wanted to keep him there. They weren’t stopping me from standing up with him if I could, but when he was connecting with some kicks, I tried to close the distance.”

While happy with his performance, Banario plans to keep improving his skillset and add more weapons to his arsenal.

“I really want to show everyone how much I’ve improved my grappling. I hope that in my future bouts, people will not only get to watch out for my striking, but my ground game as well. We need to evolve because the competition is only getting better. I want to add more skills to my arsenal and keep up with new styles.

“Back at lightweight, I was easily taken down to the ground, so I made it a point to improve my ground game. I worked on it for a long time, and I was finally able to utilise it in this match. My next goal is to improve my submission skills to become a more well-rounded fighter.”

Wiratchai also went into the matchup on a three fight losing streak. And Banario was quick to give him encouragement immediately after their bout.

“I know that he’s coming off a tough stretch of losses, and we both came into this bout carrying that burden. I tried to motivate him to come back stronger and keep training hard. I know very well the feeling of doing everything you can to get back on the winning side but still coming up short. Other athletes would feel like quitting already, so I wanted to encourage him.”

After getting the new year off to a winning start, Banario will return to the gym to continue training hard, ready for the next test is the stacked featherweight division.

“Right now, I feel like the division is stacked with talent. Most of the guys here are finishers, so it will be interesting to be matched up with any one of them in the future. Some of the matches I watch end up with first-round stoppages. They’re really strong, so I will continue training well because we’ll never know what kind of opponent we’ll be matched up against.”

Who would you like to see Honorio Banario face next in the ONE featherweight division?