Jake Paul: Conor McGregor Will Fight Me Once I Beat Nate Diaz 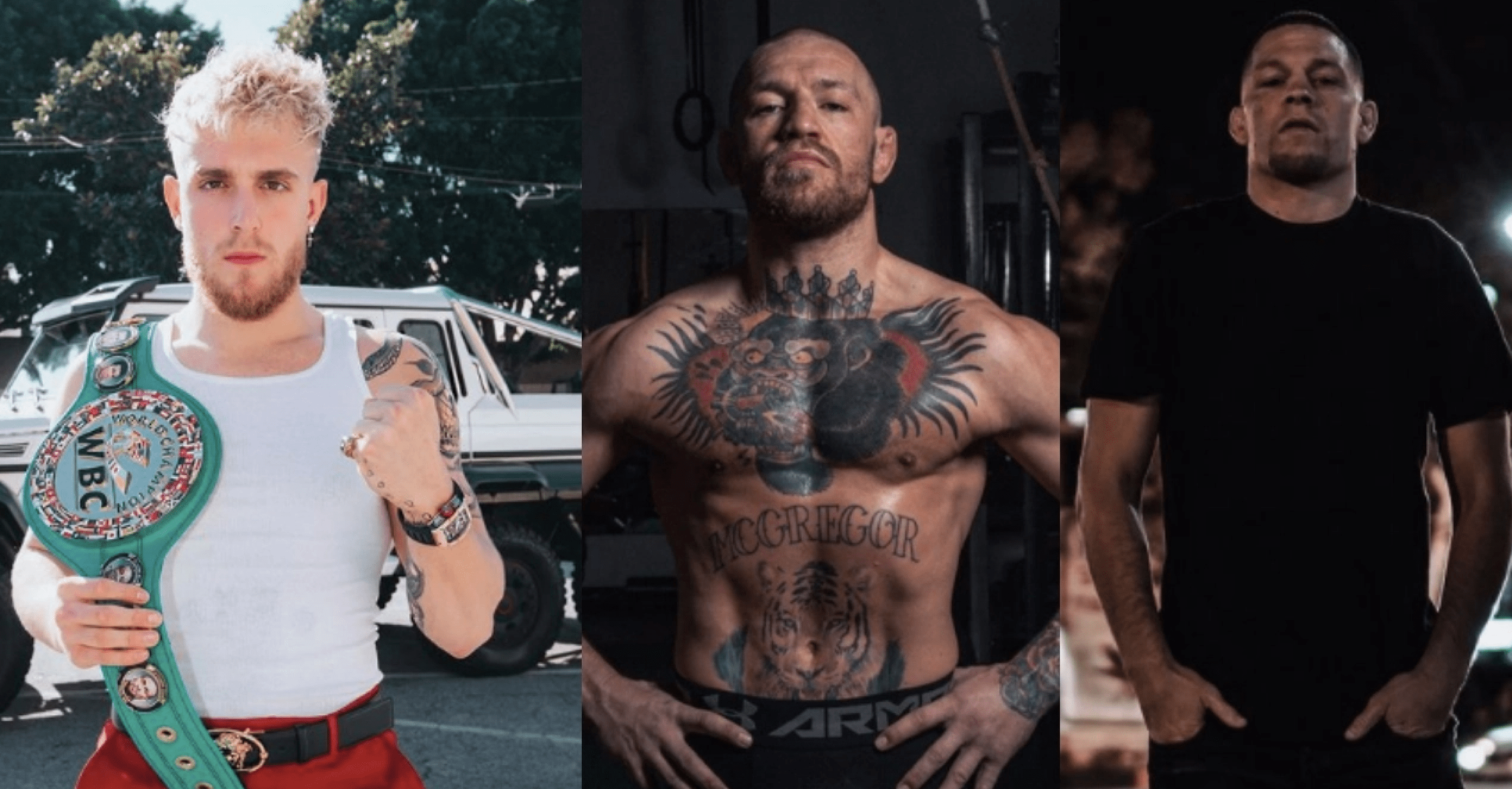 Jake Paul has kept it no secret that he wants to fight Conor McGregor in a boxing ring, and knows exactly what he needs to do in order to lure the Irishman into fighting him.

Paul, who is set to fight former ONE Championship and Bellator champion Ben Askren in an eight-round boxing bout on April 17th, is 2-0 in his professional career, and believes that his fight with ‘Funky’ is merely the ‘start of his illustrious career’.

“We’ll see what happens after this fight,” Paul said. “Floyd Mayweather called me out last week. I still think there’s the McGregor fight. Nate Diaz said he’s down to fight me. We’ll see what happens. I’m excited. This is just the start of an illustrious career. Ben Askren just happens to be the first on the list.

Last week, Diaz revealed that he is open to a boxing fight with Paul, who believes a fight with the Stockton native is likely to take place next year.

“I think Nate Diaz will probably happen first,” Paul said. “I think Conor needs to get some wins under his belt. Conor is owned by Dana White. Conor is Dana White’s bitch, so he has to get Dana White’s approval. Nate Diaz only has two more fights in the UFC [on his contract], so if he can complete those and he’s freed up then Nate Diaz versus Jake Paul will happen in 2022. Those are sort of the talks that are happening right now.”

Paul believes a win over Diaz would set things up perfectly for a showdown with McGregor.

“Once I beat Nate Diaz, once I embarrass him actually, I will be undeniable to McGregor because I will say, ‘Hey, bubba. Listen to me, guy, you little Irish guy: I beat the guy who beat you,” Paul stated. “So you have to fight me.’ That’s why this is so exciting. It’s one step at a time. It’s one fight at a time. I still have a major milestone ahead of me April 17th, and like I said, though, this is the start of an illustrious career. Ten years from now I’ll be coming to watch these interviews, and I’ll be like, ‘Damn, this kid was a little evil genius, predicting all of this.”

Paul’s boxing wins have come against fellow YouTuber ‘AnEsonGib’ and NBA superstar Nate Robinson. His fight against Askren will be his first against a professional combat sports star, but Jake believes he has a lot more to show.

“I’ve done a great job of hiding my boxing ability because just the less people that know, the better,” Paul said. “But I think the cat’s sort of out of the bag. I think people are starting to catch on and be like, ‘Ah, this kid is not a f***ing joke. I’m a real dog, man. I’m a real, bonafide, striking-ass, Navy-Seal-swinging-ass, motherf***er dog.”

How do you think Jake Paul fares in the boxing ring against Nate Diaz and Conor McGregor?