Logan Paul Responds To Dana White’s Barbs: It Was Jake, Not Me 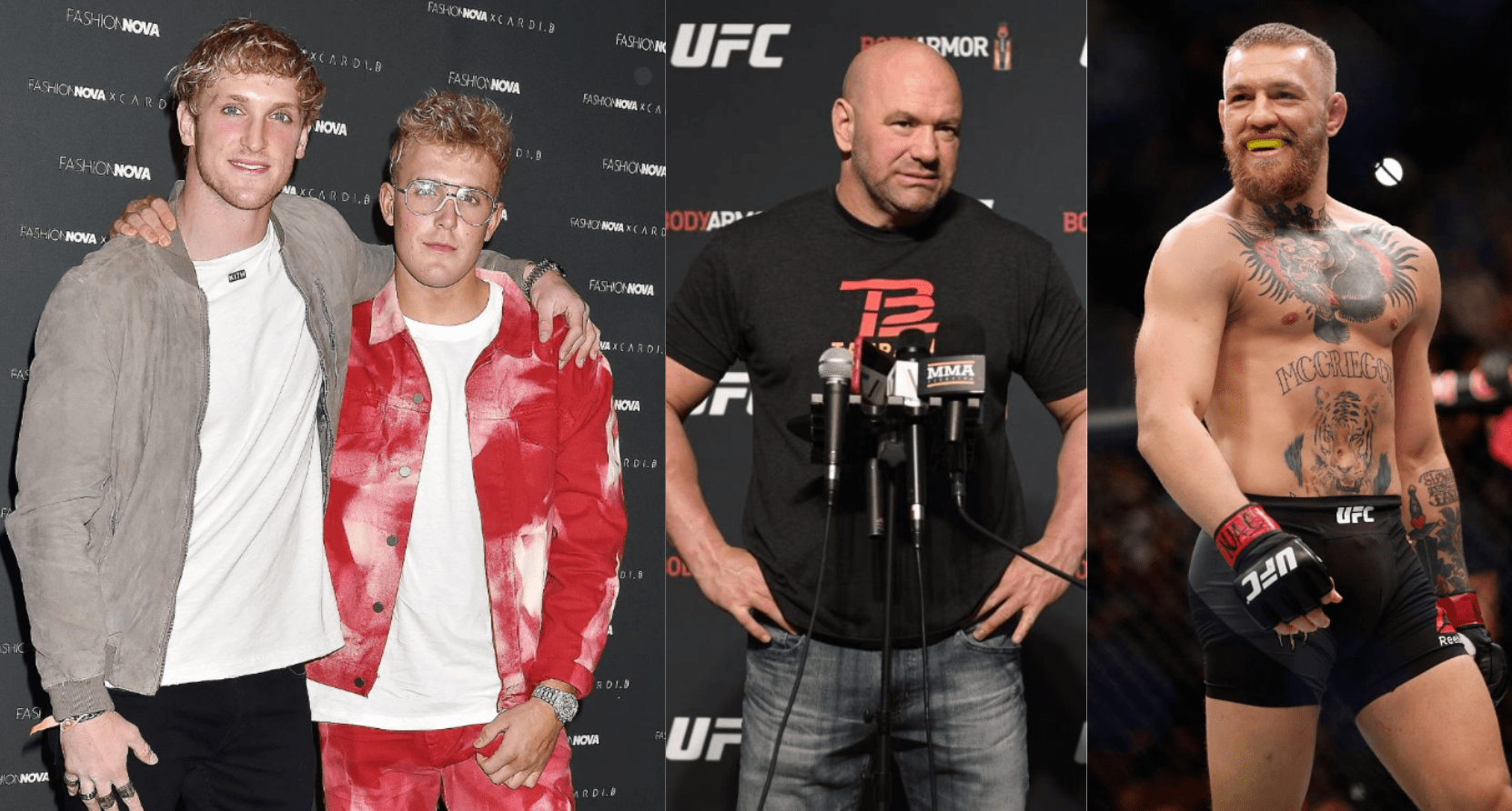 YouTuber Logan Paul has distanced himself from his brother Jake Paul’s brutal comments about the UFC, Dana White, and Conor McGregor.

Ever since Jake beat NBA star Nate Robinson in a boxing bout last November, he has been calling out a number of MMA fighters, including McGregor. The 23 year old has also resorted to name calling and petty slurs against the Irish superstar, his wife, and teammates. In particular, Dillon Danis.

‘I Love The UFC And Conor McGregor’

In a recent interview, Dana fired back at Jake, saying that he and his brother, Logan, can’t fight, and their interest in combat sports is “a big gimmick”. Responding to the UFC president’s comments on his podcast (as transcribed by LowKick MMA), the elder brother clarified that he does not share the same views as his sibling, saying that he loves the UFC and McGregor.

“He (Jake) pissed off Dana White,” Paul said. “Now Dana has grouped us together, which sucks. I love Dana White, I love the UFC. Now Dana thinks we’re the same person.

“We’re so different. I love the UFC fights. I want to do a UFC fight one day. I’m not saying now, let me get my skills up. Dana, take me back. I’m not Jake! Please. Bro, he’s given me tickets to go to UFC fights before. F***! F***! I love Conor McGregor dude.”

Jake has not spared his own brother either with his trash talking, calling him a “fake boxer”, who is going to get “f***ed” by Floyd Mayweather in their boxing bout set to take place in February. However, Logan isn’t too worried about the insults, and said he would be happy to settle any differences they have inside the boxing ring.

“I fully support Jake,” Logan stated. “Whatever drama he wants to stir or create, it really doesn’t bother me. Like, ‘Oh, you’re a fake boxer.’ Okay. Let’s box, because Jake is the kid that gets beat up by my sparring partners. That’s that kid.

“I’ve become like rubber sheet metal, dude. In this fight, everyone’s saying a lot of things. And, for good reason. I’m fighting Floyd f***ing Mayweather. So I’ve literally become immune to [everything]. I’ve heard it all.”

Would you be interested in a boxing bout between Logan and Jake Paul?