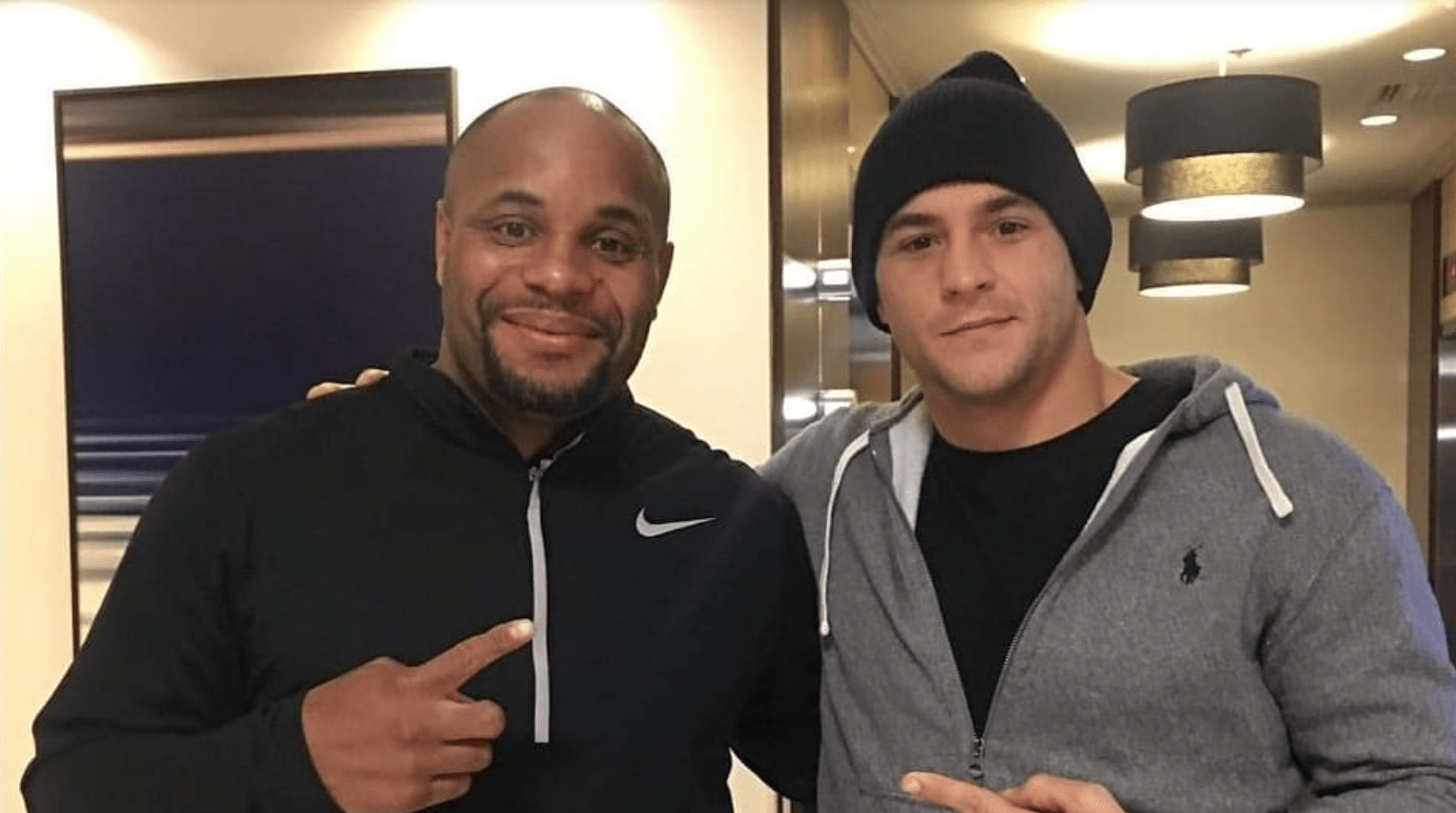 Dustin Poirier and Conor McGregor are set to meet inside the Octagon once again at UFC 257. When they met the first time at UFC 178 in 2014, the Irishman needed less than two minutes to get the TKO finish.

Although a lot has changed since then, McGregor’s coach John Kavanagh, believes his fighter is going to have a huge psychological advantage on January 23rd. To overcome the challenge, former two division UFC champion Daniel Cormier believes that Poirier will have to convince himself that “he just got caught” in their first fight. Speaking to SCMP MMA, ‘DC’ opened up on his experience in rematches during his career.

“I think when you lose a fight and you go into another fight … I know all about it, I fought ‘Rumble’ (Anthony Johnson) twice, I fought Jon Jones twice, I fought Stipe [Miocic] three times,” Cormier said. “I fought seven of my 25 fights against three dudes.

“So I think any fighter can convince himself he just got caught, and that’s what Dustin is gonna have to rely on in order to give himself a chance. It’s difficult to forget, but you wanna remember it and use it to motivate you in the rematch.”

Cormier, who retired after his trilogy fight with Stipe Miocic at UFC 252, is now enjoying his role as a color commentator in the UFC, which has many benefits.

“Me getting to call the fights has saved me from having to pick fights, because I’m not allowed to,” Cormier shared. “Also it saves me having to deal with the fighters, because they’re so sensitive when it comes to whether or not you pick them. Everybody’s like, ‘Oh DC, I saw you picked against me’. God forbid you pick against one guy and then he wins, because he throws it right in your face.

“So I’m lucky I call the fights, I don’t have to pick them no more, so that’s one thing you don’t get out of me.”

As of now, Poirier vs McGregor is a non title five round main event, but the two could possibly be fighting for the title, if negotiations between UFC president Dana White and reigning champion Khabib Nurmagomedov fail to bear fruit.

Who do you think wins the blockbuster rematch between Dustin Poirier and Conor McGregor at UFC 257?