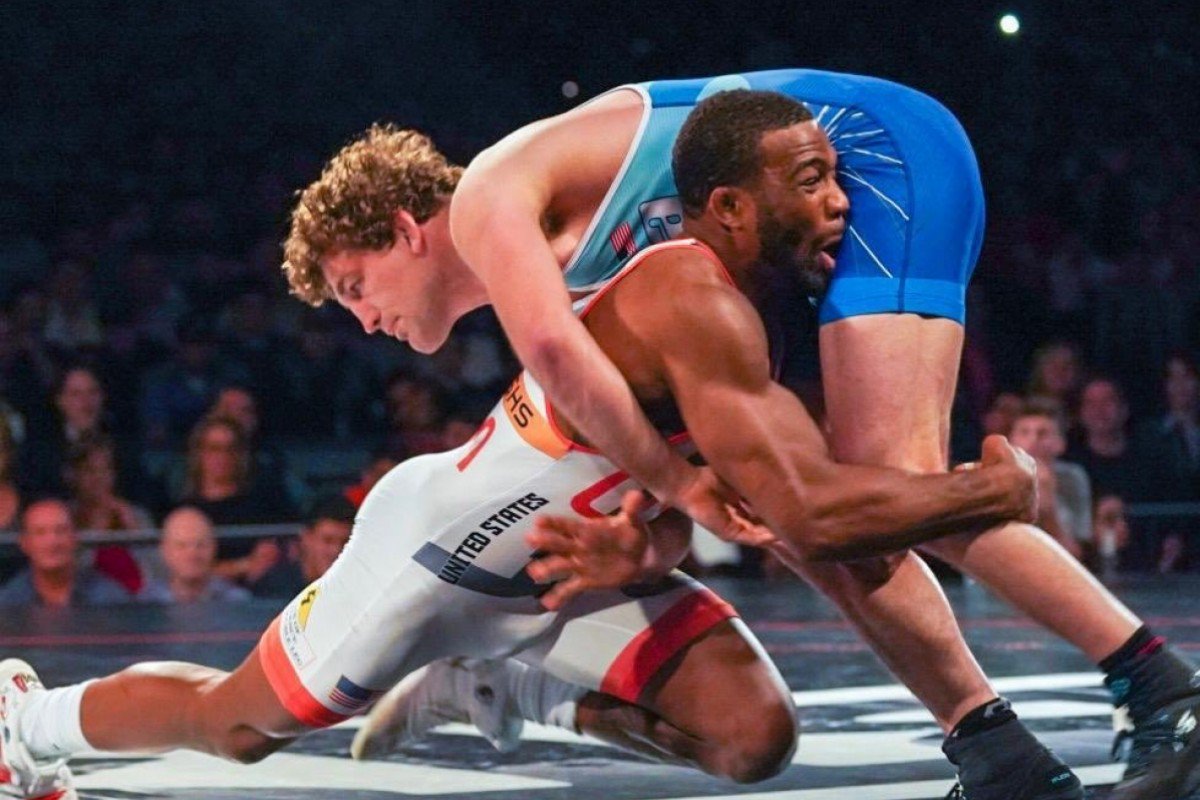 This past weekend at Beat The Streets: Grapple At The Garden, four time world champion and 2012 Olympic champion Jordan Burroughs faced UFC welterweight contender Ben Askren. In the end, Burroughs proved to be too powerful, dominating their 74 kg clash in the main event, on his way to a 11-0 routing of the former Bellator MMA and ONE Championship welterweight champion.

Askren was selected to be a part of the United States Olympic freestyle wrestling contingent back in 2008, before he decided to become a mixed martial artist. While Askren hasn’t competed in freestyle wrestling match since 2010, Jordan Burroughs, who grew up idolizing Ben, watching him from the mats while shaping his dream to become an Olympian himself, paid a classy tribute to Ben on social media.

“I was a 19-year-old college sophomore when I met Ben Askren for the first time”, Burroughs wrote in his message. “Fresh off a historic collegiate career, Ben was widely recognized as the best wrestler of his era regardless of weight – he was an icon in a sport lacking big personality. Less than a year after graduating, he made the 2008 Olympic team at 163 pounds, my current weight class.

“Meanwhile I was a 150-pound kid on the USA junior team, sitting on the edge of the mat during Olympic Team practice, hoping to no only pick up some technique, but maybe get to rub shoulders with some Olympians. As I sat in that sweaty wrestling room on those humid summer afternoons watching them prepare for the Games, my Olympic aspirations were born. Little did anyone know that I was going to be the man that would succeed Ben Askren.

“Fast forward more than 10 years to this past Monday night. Both Ben and I walked down the stairs of the 200 selection of the Hulu Theatre heading for the raised mat on a platform in an area we were the headliners.

“Ben, the wrestling icon turned MMA superstar. Me, once just a young matside dreamer turned wrestling superstar. And more than 6,000 fans to watch it all go down.

“Regardless of the result, I knew this year’s Beat the Streets event was going to be epic.

“To Ben – What you and I were able to do Monday night was incredible. Thank you for you willingness to put your reputation, and more importantly your health on the line for the sake of the sport that bread you.

“For a few hours, the wrestling and MMA worlds stood still, and together, and wondered if you’d be able to – as you’ve done many times in the past – shock the world. But instead you got double-legged, more than once. All jokes aside, this match truly wasn’t about winning or losing, but rather supporting young kids in need and growing our sport. Because of your willingness to step toe-to-toe with me, countless new eyes have been drawn to wrestling.

“Something Ben said at Sunday’s press conference that really resonated with me. ‘Stepping up to a challenge doesn’t mean just saying yes when you know you can win,’ he said, ‘but saying yes even when you know that you could get your butt kicked.’