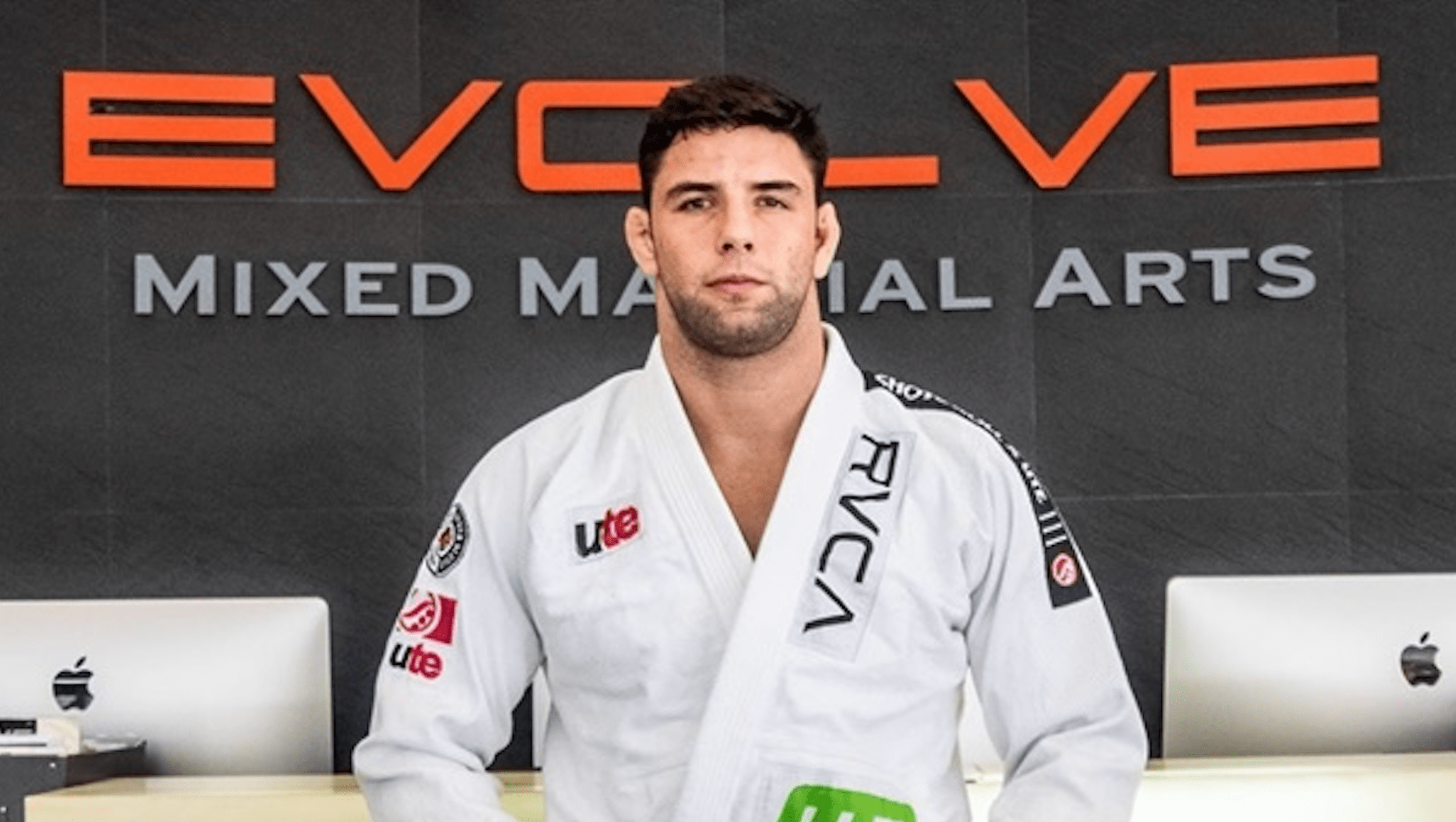 Over the past several weeks, ONE Championship has been bolstering its roster of athletes with a number of big-name signings. Chief among them is former BJJ world champion, Marcus ‘Buchecha’ Almeida. The Brazil native made the decision to make the switch from BJJ competition to pursue a mixed martial arts career.

Despite the number of promotions expressing interest in the ‘Buchecha’, he chose to sign with ONE. The addition of the 30-year-old will undoubtedly shake up a slowly growing ONE heavyweight division. Speaking exclusively to Asian Persuasion MMA, Almeida explained how his familiarity with ONE Championship CEO Chatri Sityodtong influenced his decision.

“I always wanted to do my debut there [with ONE Championship] because I know Chatri [Sityodtong]. I met him last year and I saw in person how the athletes are treated there like martial artists. And that’s what I am, a martial artist,” the former BJJ practitioner said. “My first jiu-jitsu instructor, my first professor, is one of the jiu-jitsu instructors at Evolve [MMA] so for me, it’s an environment that I always want to be a part of.

“When I talked to Ali [Abdelaziz], he’s the best in the business, he made it happen just like that. And here I am now and I’m just really excited to do the debut. Let’s do it.”

A Transition To MMA Five Years In The Making

Initially, ‘Buchecha’ had been contemplating a mixed martial arts career as early as 2015. But injuries and a different mindset forced him to delay those plans.

“[2015] was the year I was planning to win the Worlds in a perfect world. After that, I didn’t have any motivation anymore. So I had six world titles at the time but I didn’t have the will anymore,” Almeida recalls. “And then the injury happened and changed my whole life. It was one year just recovering. I didn’t want my career to end like that.

“So I just promised that I would come back and fight one more time and finish my career in a different way. And then I won 2016 [World Championship] but I still had the will and wanted to fight again. So I fought in ’17, ’18 and ’19 and I won again. It was a new beginning for me so that’s why I pushed away the plans for MMA.

“I was planning to do my last year [in 2020] but then the pandemic started and the World [Championships] got cancelled and I realised I don’t have to prove anything anymore. But then I realised, ‘Man, it’s time.’ So I don’t feel the same motivation to train [in jiu-jitsu] anymore. It’s not the same thing. So of course, I love jiu-jitsu. But I don’t feel the same desire to compete or win. And when you don’t feel that, I think there’s no real reason to do it.

“I always want to be the only one to do what’s never been done. And I did it, I got my thirteen world titles. So now it’s time for a new journey, a new chapter in my life. I decided it’s time. Then I started training. My stand up started getting better. Then I got the call. I gave Ali the call and said, ‘It’s time.’ So we made it happen, we started working together. That’s just the beginning.”

Making An Impact At Heavyweight

The addition of Almeida to the ONE roster will certainly give a boost to the ONE heavyweight division, which currently sees Brandon Vera holding the belt. ‘Buchecha’ has a lot of respect for ‘The Truth’ and acknowledges he has a long way to go before challenging for the title.

“Brandon Vera is a great guy. I followed him since when he used to fight for organisations like UFC. So for sure, he’s a great champion. That’s not one guy I’m looking forward to facing right now. I always want to learn how to walk before I run. It makes no sense to say that I want to fight with him. I want to build it up, I want to learn. I still have a long journey. But watching this guy is always impressive, it’s always inspiring. He’s doing really good, really great. He’s the champion of the heavyweight division. So of course, I’ll always follow his fights. Man, he’s a great guy, he’s awesome.”

Almeida is one of the many recent signings, along with Greco-Roman champion Amir Aliakbari, that have bolstered the ONE heavyweight division. ‘Buchecha’ also acknowledges the other talented heavyweight fighters is excited to be a part of the growing division.

“There is also a bunch of other great guys. The heavyweight division is getting better and better. It is really exciting to be a part of that. It’s great. We’ve got a lot of new big names. Next year will be great to watch.”

With the coronavirus global pandemic, ‘Buchecha’ has had his mixed martial debut delayed. However, the native of Brazil is looking to make his debut either at the end of 2020 or in early 2021.

A Tale Of Three Camps

Currently, ‘Buchecha’ is training out of two gyms in California. At the American Kickboxing Academy in San Jose, and the RVCA headquarters in Newport Beach. At AKA, he gets to train along side elite names in the sport, such as Daniel Cormier and Cain Velasquez.

“I was training last week. A couple of weeks [ago], I was in AKA training because DC is my friend and he has the fight this week [for UFC 252]. And so I was there. Not helping him but more learning. But of course I got the opportunity to train with him. It was a great opportunity for me. For me, DC is one of the greatest heavyweights of all time. He and Cain Velasquez are both of my friends and guys that I’ve always looked up to since 2013. When I went there the first time, I met them to train with them while getting ready for the ADCC. So it was great. Cain was there, Luke, DC, a bunch of other guys.”

“When I’m not there, I’m training at the [RVCA] Headquarters in Newport Beach with Jason Perillo, with my boxing. So it’s been great. It’s been really good.”

Since signing with ONE Championship, ‘Buchecha’ has also signed with Singapore-based Evolve MMA and will end his training camps there, ahead of his fights.

“I’m going to try and split three months: one month there [Evolve], one month at California, and one month at AKA. I still have to figure it out. But absolutely, I will go there because I want to train my Muay Thai. I want to get better. It’s going to be a great place. They have so much great guys there. I’m really excited about that too.”

“It’s something I always wanted to do. It’s a new sport and I have the desire again. I’m thirty years old. I am a white belt in this sport (MMA). But it’s great to feel like that again. In jiu-jitsu, I know the game, I know how it’s going to be, the competition… I wasn’t really excited anymore. So now for MMA, it’s always something new, the wrestling, the striking, the boxing, the Muay Thai, the jiu-jitsu… it’s everything exciting. Every training [session] I got to learn. I’m better than yesterday. It’s priceless. Because the will to fight again, the will to compete again… I’m feeling great, I’m really excited. It’s a new journey. It’s going to be a long ride and I’m really excited about that.”

‘Buchecha’ wants to take things slow when he makes his mixed martial arts debut. That is the only thing he will be focused on the night when he graces the ONE Circle for the very first time.

“Just like in jiu-jitsu, I never try to run before I walk. So my focus will my debut. But for sure, I’m putting one-hundred percent, all my passion in it. I’m going to try to give a great show in every fight. I’m going to give my best to do the same thing that I did in jiu-jitsu. So you guys can expect me to put up a great show for everyone.”

Can Marcus ‘Buchecha’ Almeida become a legitimate contender in the ONE heavyweight division?