Megan Anderson Is Happy To Give Cat Zingano A Rematch 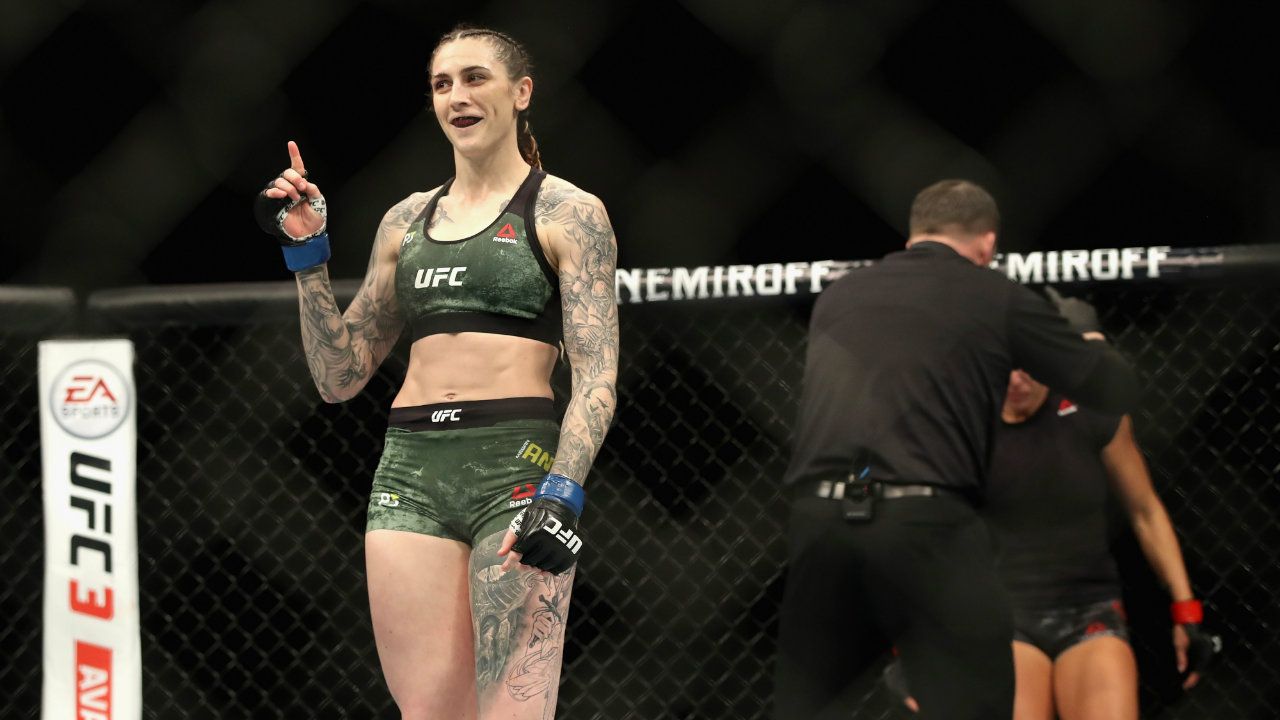 Megan Anderson vs Cat Zingano was one of the most eagerly anticipated fights on the stacked UFC 232 card. Unfortunately though, it ended very quickly and in the most bizarre way. With only 61 seconds of the very first round on the clock, the fight was over. Due to a laceration to Zingano’s eyelid, from where Anderson threw a high kick that glanced the eyeball of Zingano.

Despite the fact that the 28 year old had done nothing wrong or ill toward her opponent, it hasn’t stopped MMA fans from giving her a hard time on social media. As she told Luke Thomas on The MMA Hour.

“There was a significant amount of hate. I got a lot of, ‘You’re a piece of shit,’ all this kind of stuff. I got, ‘You need to cut your toenails or your nasty ass nails’ and shit like this. Anyone who’s in the business knows that they check you two times before you even go out and then they check you at the cage so I feel like if something was wrong they would have told me the three freakin’ times that they checked me and they were just like, ‘You’re all good, you’re fine.’”

“I got, ‘That’s not a win, you shouldn’t be proud of that.’ Well that’s not my decision. I threw a legal blow that happened to land in a weird spot and I got the win from that. A win is a win and if Cat wants to run it back I’m happy to give it to her, it’s not a problem, but at the end of the day I have that win on my record and I put in a lot of hard work and a lot of time into that and, no matter what people on the internet say, I’m going to be proud of that performance.”

Despite the odd circumstances surrounded her first win in the UFC, the Australian was quick to say that her win wasn’t a fluke.

“I’ve had that move executed three times now just finishing fights, so I obviously wasn’t aiming for her eyeball. I was getting a lot of shit for that, ‘You’re a dirty cheater’ and stuff like that.”

“I’m pretty sure anyone who is in the sport knows that when you kick someone, you aim for someone’s face, the last thing you’re thinking about is trying to poke them in the friggin’ eyeball. The rules is what it is, but they want a rematch, we’re more than happy to give it to them if that’s what they want.”

Anderson acknowledges that it was a strange win but insists a win is a win. And gives credit to referee Marc Goddard for the way he handled the situation.

“I’d never seen anything like that. It definitely was strange. Marc Goddard is one of the best in the business and when it all happened I looked to him to see what he was going to do because the way that Cat kind of looked away, I knew something wasn’t right, I knew she was hurt, I didn’t know what had happened.

“I kind of turned to him and he was telling her, ‘The fight’s still going, you’ve got to fight back. Got to fight back.’ And I was like, okay, I’m gonna do my job. I can’t exactly just stop if he’s telling me to keep going so it’s unfortunate circumstances. I really feel like I wanted to showcase a lot more of what I’m capable of. But a win is a win and we’re happy to finally get that win in the UFC and I’m glad that Cat’s gonna be okay.”

You can read what Cat Zingano said about the fight and give an update on the injury here.