The GOAT Amanda Nunes With Her GOAT Junior 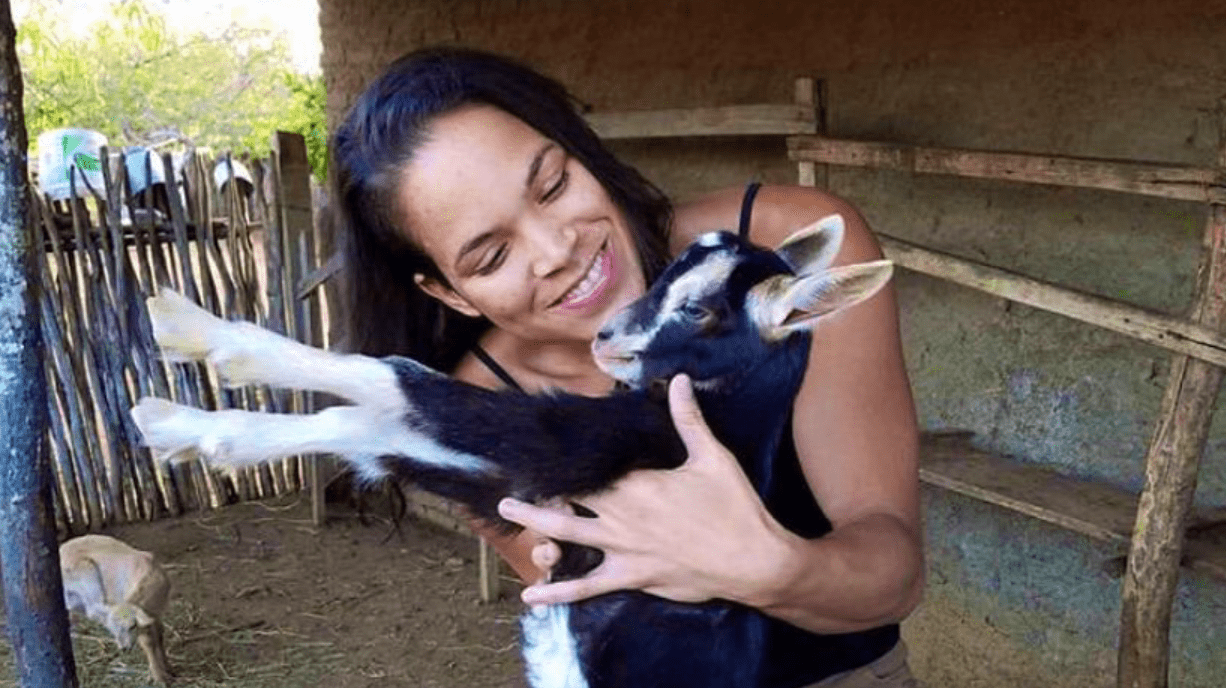 Yesterday Amanda Nunes announced that she was not only the women’s GOAT of MMA but the overall GOAT. And from all the comments to our post on social media, it’s safe to say most people didn’t agree with her. Many fans seemed to be completely offended by her statement.

Obviously any talk of who the greatest ever is, is subjective. However, I would argue that ‘Lioness’ has a way to go, to match the achievements of the likes of Jon Jones, Demetrious Johnson, GSP and Anderson Silva. I love the fact she believes it though. Most fans aren’t ready to hear a female fighter announce to the world that they’re the best man or woman to have ever done it. But I love that confidence. Show me a true great who doesn’t think that. They may not say it but they think along the same lines.

You can see what she had to say about being the GOAT here.

Now in her latest tweet, Nunes has had a bit of fun her statement she made, posting a picture of her with a goat, with the caption ‘My jr.’.

She has a way to go to prove to the world that she’s the overall GOAT but I think there can be no doubt that she’s the greatest women’s mixed martial artist we’ve ever seen. And she’s certainly getting a nice collection of gold belts to prove it.