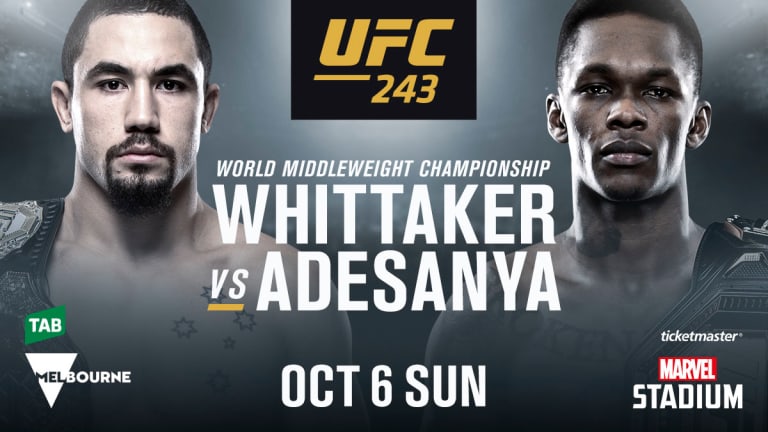 It’s going to be a big one, so let’s start our UFC 243 pre-fight videos page nice and early. And when we say big, we mean big. It’s set to be the biggest card in Australasia history.

UFC 243 will go down at the Marvel Stadium in Melbourne, which has a capacity of 70,000 plus. It was the venue for the historic UFC 195, where Holm famously knocked out Ronda Rousey. Although it was named the Etihad Stadium back then in 2015.

We’ll start the page off with the press conference and face off, which just finished moments ago in Melbourne, with Whittaker and Adesanya.

As we get closer to the event, we will add the best promos, the Embedded series, the Open Workouts, Interviews, Ceremonial Weigh-ins, Face Offs and more!

You can also find our exclusive pre-fight interviews, the full Open Workouts and the Weigh-ins, below.

And you can check out the full weigh-in video and all our own exclusive pre-fight interviews from the Media Day, including with Robert Whittaker, Israel Adesanya, Al Iaquinta, Alex Volkanovski and Paulo Costa, here: