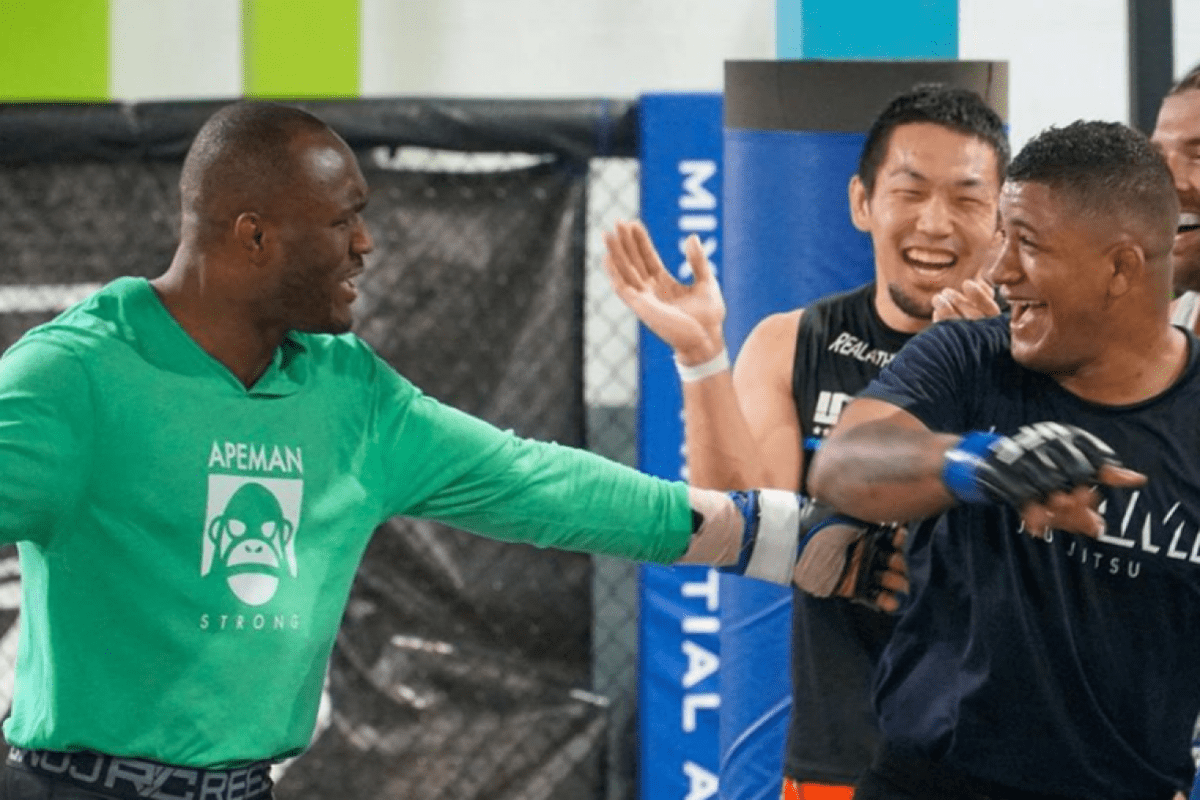 UFC welterweight champion Kamaru Usman, has been training in the state of Florida for his entire career, until now. Having trained under Henri Hooft for most of his MMA career, ‘The Nigerian Nightmare’ has decided to move his camp from Sanford MMA to Denver, to train with Trevor Wittman ahead of his upcoming title defence against Gilbert Burns at UFC 251, on July 11th.

Wittman is regarded as one of the best coaches on the planet and also coaches UFC interim lightweight champion Justin Gaethje and former UFC strawweight champion, Rose Namajunas. Usman also revealed that he will have Jorge Santiago, his brother, and possibly Gaethje in his corner on the night of the fight, alongside Trevor.

Speaking to ESPN, Usman explained the main reason for his transition from Florida to Denver.

“Florida was the base for a long time, but you grow from there. We always had a ton of guys, some of the best training partners out there and some great coaches.

“But I wanted a little more specific attention at this point in my career — someone to be able to say, ‘You’re going to come in at this time and work on this particular skill.’ It’s very tough to do that when there are 40 to 50 guys in the room with you who also need to get attention.”

Burns and Usman have trained together for many years, have sparred together countless times, and Kamaru has even cornered Burns in a couple of fights. While the champion has moved his camp to Denver ahead of UFC 251, the challenger has remained in Florida at Sanford MMA. Coach Hooft has previously stated that he wouldn’t be training either man ahead of their title fight.

“Our main coach, Henri Hooft, he stepped out. He said, ‘I don’t want to go either way. I don’t want to pick a side. You guys train. I’ll be here at the gym. If you want to train here, we can train. But I’m not going to the fight.’

For Usman, he believes the change of camps was inevitable, and that coaching can only do so much for an athlete.

“I think eventually I would have changed things up anyway. We had a lot of welterweights at that gym,” Usman said. “At some point, when you’re training with these guys on a daily basis and you’re the champion of the world, these guys know you in and out and if they get the better of you one day, they’re licking their chops thinking it’s their time. A little separation from that is good. It keeps that element of surprise, because these guys feel like they know you.

Who do you think will win the UFC welterweight title fight between Kamaru Usman and Gilbert Burns at UFC 251, on the Fight Island?