UFC: Mike Perry Says He Will End Up In Jail If He Bumps Into Darren Till 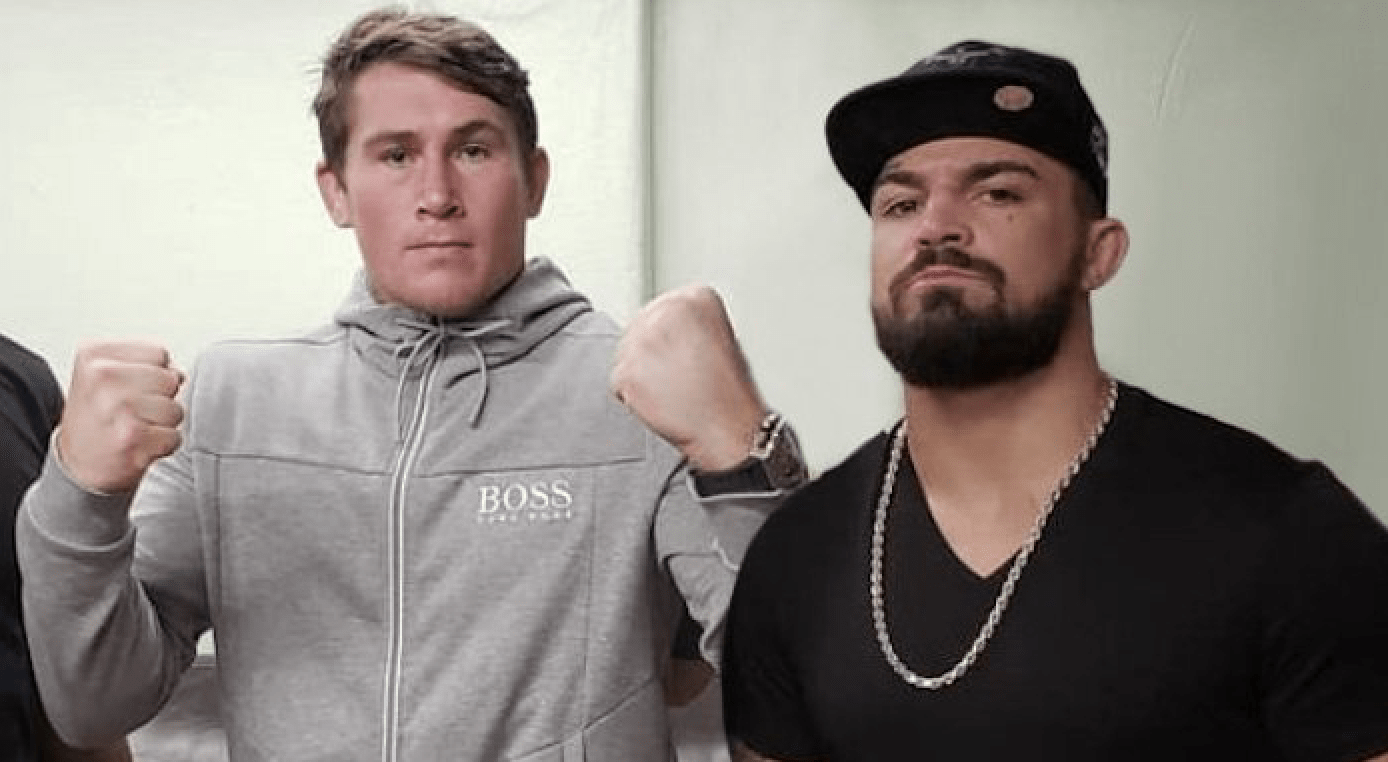 UFC welterweight Mike Perry has no love lost for Darren Till, despite the two previously holding a friendly relationship.

On Till’s part, the back and forth between the two has only been banter. However, after Darren joked that he would “raw dog his girl”, Latory Gonzalez, who has been at the centre of a debate for being set to be the only member in Perry’s corner in his upcoming bout against Mickey Gall, ‘Platinum’ has been fuming with the Brit.

In response, Till created a “f***ing hilarious” website destined to mock Perry further.

Perry spoke to former UFC middleweight Mike Swick on his podcast, ‘Real Quick With Mike Swick’ (as transcribed by TheMacLife), about his intentions upon seeing Till in person.

“I don’t even want to give that dude the time of day until we can make it happen. … I’m scared of myself,” Perry said. “You wanna play with me over the internet? Because you would never say these things to my face. Nobody would. Nobody could. Because I would f***ing do something about it. I don’t care who you are. I don’t give a f***, bro. Nobody’s going to play with me in my life like that in my life. Social media is not real-time. You wanna f***ing play, and I’m not gonna forget about it.

“If I see this motherf***er in the street, I will do it for free. If we are ever in the same place at the same time, I will go to f***ing jail for beating the brakes off of him if he wants to be a little pussy boy and press charges on me.”

With Till’s recent move to middleweight and the vast difference between each other in the rankings (Perry being unranked at 170lbs and ‘The Gorilla’ ranked fourth at 185lbs), it seems unlikely fans will see this fight any time soon. However, Mike’s intentions are clearly set on fighting his foe, regardless if the encounter takes place in a sanctioned environment.

Whatever ‘Platinum’s’ intentions may be, the truth is he is set to fight a capable opponent in Mickey Gall this Saturday at UFC Vegas 4. After two straight losses in the UFC, it is crucial for Perry to get back to his winning ways. Hopefully, fans will be able to see the Michigan-born fighter be the knockout artist he was as a prospect in the organisation.

Would you like to see Mike Perry face Darren Till in the future?