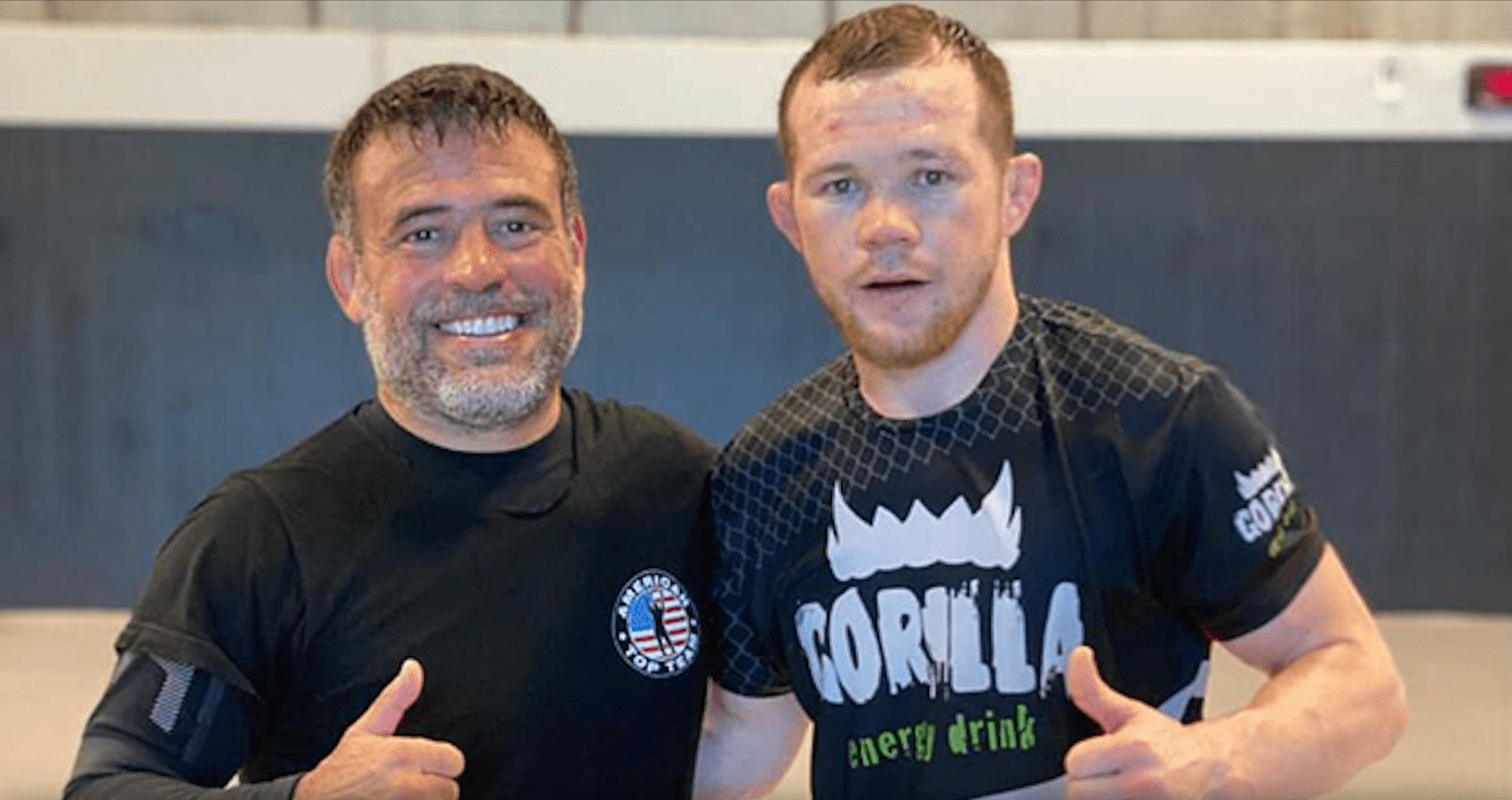 American Top Team coach Marcos da Matta, who cornered Petr Yan during his bantamweight title defence against Aljamain Sterling at UFC 259, has given his version of what actually happened on the night.

Yan appeared to have the fight under control when he landed an illegal knee to his grounded opponent’s head late in the fourth round. Referee Mark Smith immediately put a halt to the action, and asked the doctor to examine Sterling, who was clearly in a lot of discomfort.

After a lengthy discussion with the doctor, Smith waved off the fight and declared Sterling the winner and the new champion via disqualification. Many believe that Yan didn’t have a clear idea of the rules, and therefore made the costly error.

Speaking to MMA Fighting however, da Matta said that the referee went to their locker room before the fight and thoroughly explained the rules.

“The referee spent a good time explaining that rule,” da Matta said. “I told [Yan it] didn’t matter where the hand was, he had to worry about the knee. If the knee is on the ground, you can’t do anything. One of the things we discussed was, if that happens, push his head down to the ground, because Aljamain has an injured neck, and keep punching.”

In a video that is doing rounds on social media, da Matta can be heard telling Yan to only throw punches during that sequence of events. The 28 year old’s Russian cornerman can also be heard yelling “udar’ yego”, which means “hit him”. However, it’s not clear whether or not he told ‘No Mercy’ to go for the ‘kick’, as claimed by Khabib Nurmagomedov.

“The video shows me saying, ‘Just punch, just punch’,” da Matta revealed. “Only if someone else said something different. Since I don’t understand Russian, I don’t know what [the other cornermen] said, but they told me afterward they just said, ‘Hit him’ in Russian, they didn’t tell him to throw the knee.”

Sterling has since received a lot of criticism from fans and fighters alike, who believe he was milking the situation. However, da Matta thinks only ‘Funk Master’ knows whether or not he was as hurt as he made out.

“That’s a question only he will be able to answer, and only he will know the truth,” da Matta said. “He can tell everyone, even his mother and his wife, that he couldn’t go back, but only he truly knows if he could or couldn’t. But he was losing the fight, he only won the second round, and he knows Yan was growing and he was fading.

“Everybody saw he was tired already, he pulled guard several times, something a wrestler doesn’t do. If he really had cardio he would have continued to do what he did in the second round, but he didn’t. And since Petr only gets better after every round, I was confident that Petr would KO or TKO him in the last round — in the very least a 10-8. The fight was won.”

However, if Sterling was indeed pretending to be more hurt than he actually was, da Matta understands why.

“Many fighters in Aljamain’s position probably would have done the same thing,” da Matta continued. “‘I won’t win the fight, I’ll stay down and maybe there’s a no-contest or something like that, and I’ll prepare better for another fight.’ If he could return, of course. If he couldn’t, he couldn’t. Only he knows if he could or not.”

During the UFC 259 post-fight press conference, Dana White said that he wants to book the rematch as soon as possible, and if that’s the case, da Matta warned Sterling that he should expect an even more dangerous Yan the second time around.

“He’s already done four rounds with Aljamain and pretty much knows what to expect in a rematch,” da Matta noted. “The first hard punch Petr landed was a knockdown, an overhand right, so I think that will help in the rematch. I’d expect an even more dangerous Petr in the rematch.”

What do you make of Marcos da Matta’s comments on the UFC 259 bantamweight title controversy between Petr Yan and Aljamain Sterling?