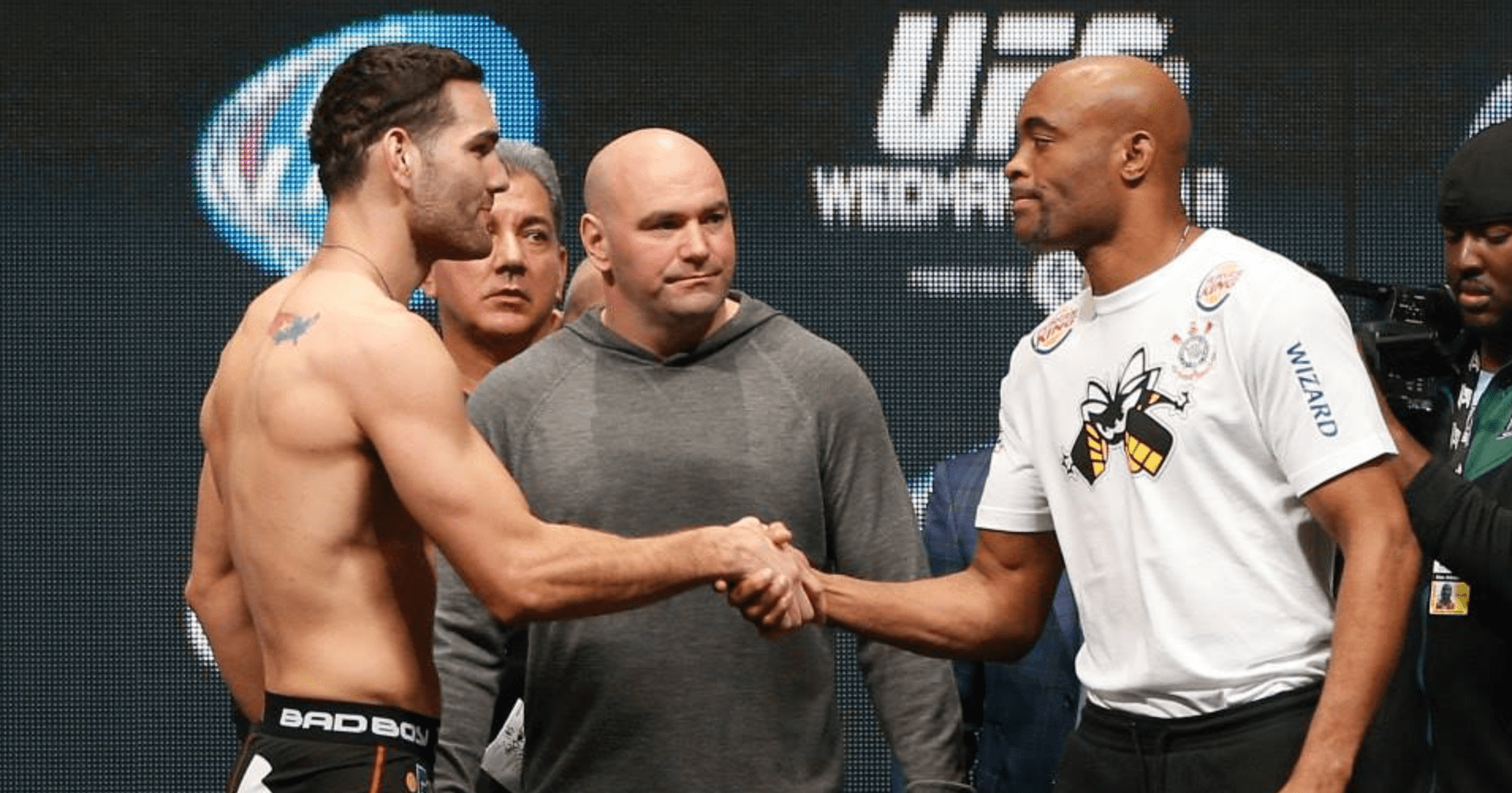 Anderson Silva will always be remembered as one of the all time greats. ‘The Spider’ was one of the most dominant champions in the UFC history, defending his middleweight title ten times up, until the shock knockout loss to Chris Weidman at UFC 162, in July 2013.

The 45 year-old legend is currently the oldest active fighter on the UFC roster, but he actually wanted to retire a long time ago. Speaking to the UFC Brasil (as transcribed by MMA Fighting), Silva gave an interesting insight into the meeting he had with UFC president Dana White and the then UFC CEO Lorenzo Fertitta, in late 2012, where he told them he didn’t want to fight any longer.

“I want to stop, I want a time for myself, to stay with my family. I have been doing this for years and I’m losing contact with my kids. I’m only training and training, it’s not working for me anymore.”

Everybody was surprised by his decision, but Dana and Lorenzo were apparently very persuasive, and shortly after the meeting, he received a $174,000 Bentley Continental GT as a gift. Silva eventually changed his mind, and accepted to defend his 185-pound championship belt against Weidman.

“But one day before I started my camp to fight Weidman, I already was too saturated. I never talked about this, never used this term ‘if I win.’ I said to [my wife], ‘If I win, I’ll stop, I won’t fight anymore.’” As a response, his wife gave him an advice: “Stop talking about it. Stop talking.”

Although he was coming off an incredible 17 fight win streak, the match against Weidman didn’t go well for Silva, as he lost by knockout in the second round.

“It was a group of things, many things led to my loss to happen that way,” Silva said. “Weidman had all the merits and won, he won well, but that’s what happened.”

As a veteran of the sport, Silva got an immediate rematch against Weidman at UFC 168. But he still planned to retire, should he win his belt back.

“I would have stopped if I had won the fight, I wouldn’t fight anymore, but I ended up breaking my leg,” he said. “I think that was a message from God saying to me, ‘Look, man, you’re not supposed to stop yet. It took so long for you to get here and now you want to stop?’ I don’t know, I think those are subliminal messages that stay in your head.”

Silva hasn’t fought since losing to Jared Cannonier at UFC 237 almost a year ago. The Brazilian has now gone 1-6-1 in his last 8 fights inside the Octagon.

Do you think Anderson Silva still has anything to prove, after being one of the greatest of all time?