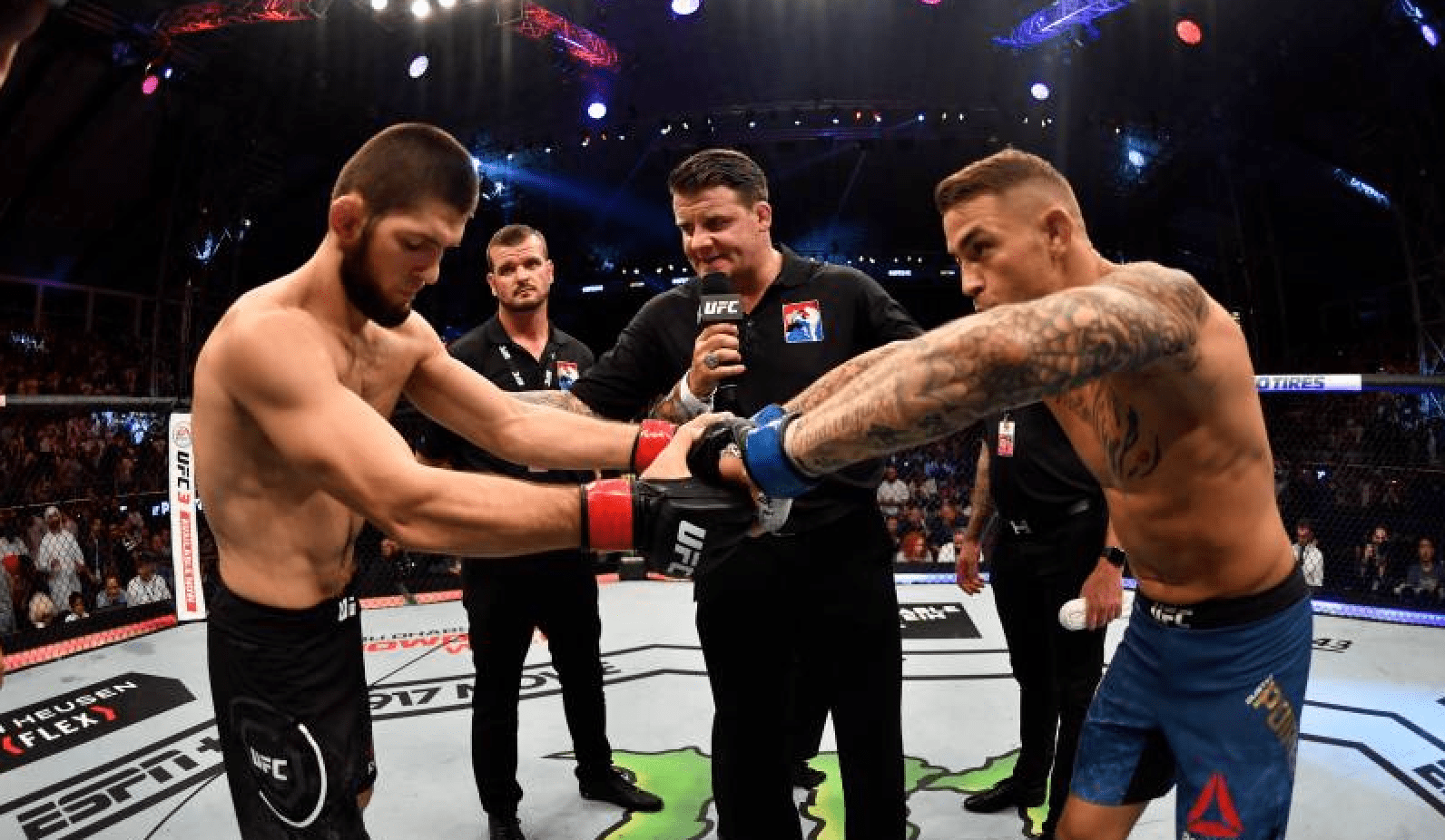 Dustin Poirier came inches away from beating Khabib Nurmagomedov in their lightweight title-unifier at UFC 242. He sunk in a tight guillotine early in the third round, but ‘The Eagle’ managed to escape, take ‘The Diamond’s’ back, and then sink in a fight ending rear naked choke.

‘A Game Of Inches’

Speaking on ‘The Joe Rogan Experience’ podcast (as transcribed by MMA Fighting), Poirier said that he regrets not taking advantage of the openings he had during that sequence.

Although Poirier failed to submit Khabib with a guillotine at UFC 242, he said he’s overdue one inside the Octagon, but it’s coming.

“I haven’t finished anybody in the UFC with it. It’s coming,” Poirier warned. “I have a couple variations I do with the guillotine; I submit people all time, put people unconscious. I just know how close it was.”

Poirier certainly had his moments in the fight, but for the majority of the fight, Khabib was able to control him on the mat. The former interim champion said that it isn’t the Russian’s strength which sets him apart, but his technical soundness.

“I don’t know if he’s the strongest guy I ever fought,” Poirier revealed. “It’s just his understanding of balance and weight placement was incredible. I’ve been fighting and wrestling a long time as well, but he just knew where my weight was and where it needed to be for me to stay up with his foot trips. It’s hard to explain, man, but he’s good.”

Poirier is the number one contender in the division right now, and he would of course love another shot at Khabib. But he understands why the undefeated Dagestani has decided to retire from the sport so early.

“The longer you stay…it’s not a long game,” Poirier said. “Something bad’s going to happen.”

Poirier is fresh of a second round TKO win over Conor McGregor at UFC 257. As per reports, a trilogy fight between the two is being targeted for summer.

Would you be interested in a rematch between Dustin Poirier and Khabib Nurmagomedov?