UFC: Marvin Vettori Hits Out At Israel Adesanya And Darren Till 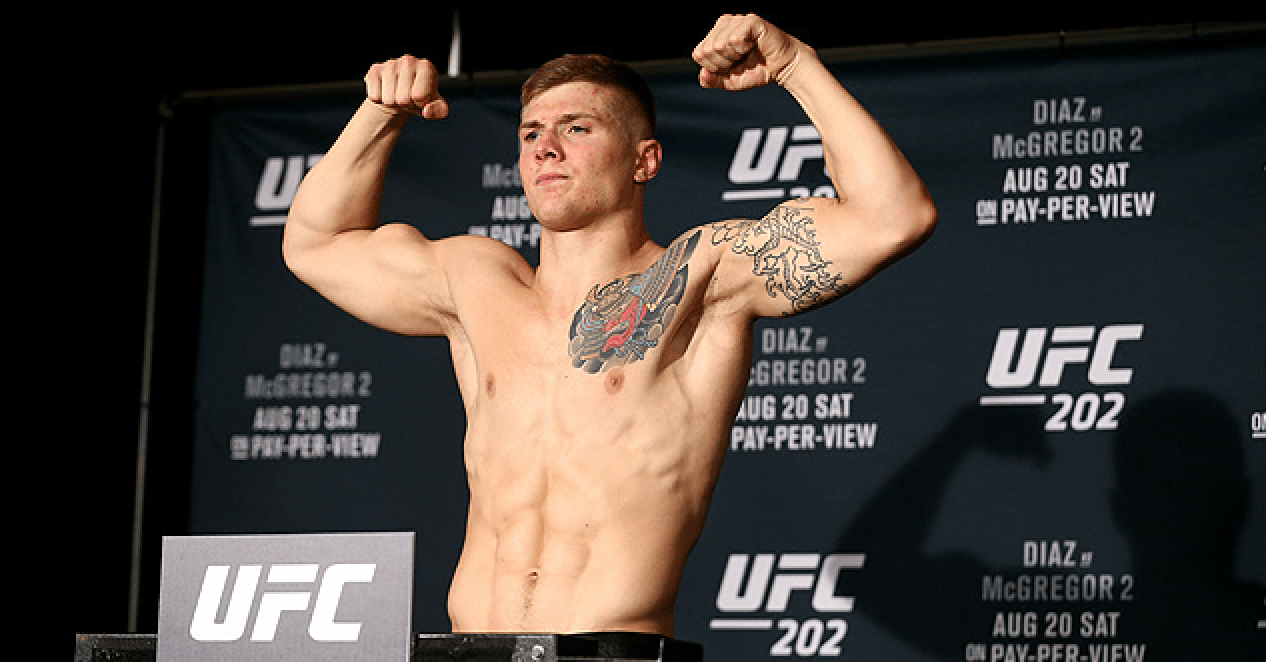 Adesanya’s toughest test to date inside the Octagon came against Vettori at UFC Glendale in 2018, where he won via split decision. The Italian still hasn’t accepted the judges’ decision, and has been longing for a rematch ever since.

Vettori was scheduled to fight ‘Jacare’ Souza this weekend at UFC 256, but after Kevin Holland tested positive for the coronavirus and was pulled from the UFC Vegas 16 main event against Jack Hermansson, ‘The Italian Dream’ took his opportunity to face the top five UFC middleweight.

And with a dominant win over Hermansson this past weekend, Vettori now finds himself in the top five in the rankings, and a step closer to his wish of a rematch with Adesanya.

“I’m Going To Be Your Worst F***ing Nightmare”

“It’s just so nice to prove this guy wrong,” Vettori said. “To kind of show him I’m right back in his face. I’m right here, motherf***er. Just look in my eyes. I’m going to be your worst f***ing nightmare until the day you f***ing retire. That’s what it is.

Adesanya Has To Fight Me Again

While Vettori understands Adesanya’s thought process in regard to moving up to light heavyweight to challenge Jan Blachowicz for a second title, he believes that the Nigerian born Kiwi has a lot of work to do in his own division first.

“I think that he should fight the next guy in line for sure”, Vettori said. “If the UFC wants that fight, they can be 100 percent sure I’m going to answer that call. I feel like he wants to chase that greatness status, which in a sense is a little bit understandable, but he has to prove a lot of things first. One of the things he has to prove is that he’s the best. To do that, he has to fight me. Wherever he goes.

“I think in his mind, Blachowicz suits him well. Because he’s powerful, but his striking can be read and he can do that. That’s why he prefers that fight, plus there’s way less to lose like ‘I’m stepping up there and if it doesn’t go that way, I’m not losing my own title, I was just chasing an extra one.’ I feel like he still did nothing. He did not much.”

Outside of his title defence against Yoel Romero, Adesanya has received high praise for his recent performances inside the Octagon. Vettori however, hasn’t been overly impressed.

“He beat [Robert] Whittaker, but I feel like Whittaker that time did not perform the way he should have,” Vettori said. “His fight with Yoel was horrible, and in a sense I even thought he lost. His last fight, [Paulo] Costa beat himself.

“I mean credit Israel still did his job. It’s not that he didn’t. He looked good, but what I’m saying [is] he looked good against a guy that was already beaten the moment he stepped into the cage.”

Robert Whittaker Or Darren Till Next?

If Adesanya does move up to light heavyweight to challenge Blachowicz next, Vettori is ready to face anyone the UFC throws at him. Although the 27 year old has two perfect opponents in mind to elevate him to the number one contender spot in the middleweight division.

“Now the rankings just came out. Darren Till being number four, it’s a joke. Really, it’s a joke,” Vettori said. “But I think that would be a great scrap if we fight. After I beat somebody like Darren Till, I’ll be the only guy with two wins in the top five and I don’t know what will happen with Whittaker, but first after that, I feel I will deserve a title shot. To be honest, I’m willing to fight anybody.

“Me and Whittaker, I would love the fight. I think legitimately [Whittaker is] the best after Israel and and after me, the best in the division. He’s definitely a very good test. I would love to fight him. It will be good. In terms of legitimacy, I think that will be the most fair fight, but a lot of times things they go in different ways. I don’t know. It also depends on what Israel is going to decide to do and what the UFC is going to decide to do with him. Like I said, I’m not going to pick and choose. They give me a couple of these guys, I’ll be right there. I’ll be there ready to answer and f*** them all up.”

Who would you like to see Marvin Vettori fight next?