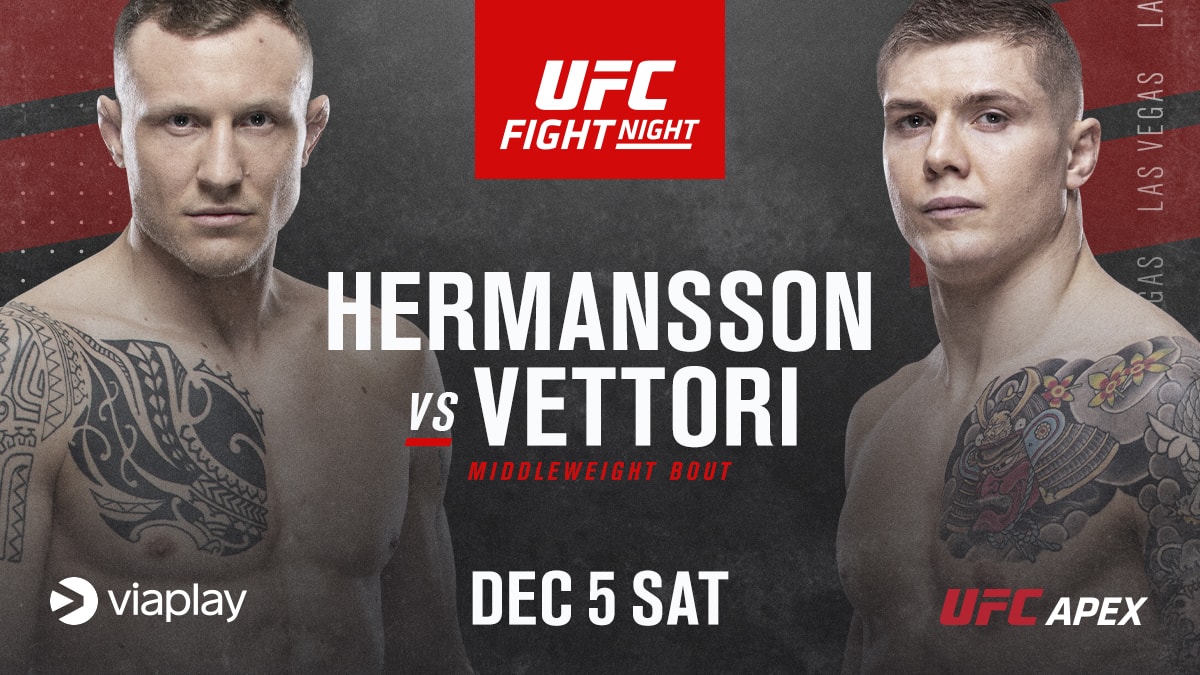 UFC Vegas 16 goes down this weekend at the APEX Center. Jack Hermansson is set to fight in the main event. The Swede was originally scheduled to fight Darren Till, but he withdrew due to injury. Kevin Holland was then brought in as a replacement, but after he tested positive for the coronavirus, he was also pulled from the card. ‘The Joker’ will now face Marvin Vettori, in what is a top 15 middleweight contest.

Hermansson is coming off a first round submission win over Kelvin Gastelum at UFC Fight Island 2. Vettori is on a three fight win streak, most recently submitting Karl Roberson in the first round at UFC Vegas 2.

In the UFC Vegas 16 co-main event, Ovince Saint Preux faces Jamahal Hill in a light heavyweight contest. OSP, who missed weight for the first time in his career, by 1.5lbs, is coming off a second round knockout win over Alonzo Menifield at UFC Vegas 9. The undefeated ‘Sweet Dreams’ is coming off a win against Klidson Abreu at UFC Vegas. Although the fight was later overturned to a no-contest, after he tested positive for marijuana.

The main event wasn’t the only change to the card. In the hours leading up to UFC Vegas 16, three fights were removed from the lineup. Montana De La Rosa vs Taila Santos, and Nate Landwehr vs Movsar Evloev were removed from the card due to positive COVID-19 tests. And Jimmy Flick vs Cody Durden was also removed for a non-COVID related medical issue. The card will now proceed with eight fights.

This Is How The MMA World Reacted To UFC Vegas 16:

The UFC returns next weekend with UFC 256, which will see Deiveson Figueiredo defend his flyweight title against Brandon Moreno in the main event, just three weeks after both men won at UFC 255. Tony Ferguson also returns in the co-main event against Charles Oliveira.