Brandon Vera Would Love A Rematch With Jon Jones 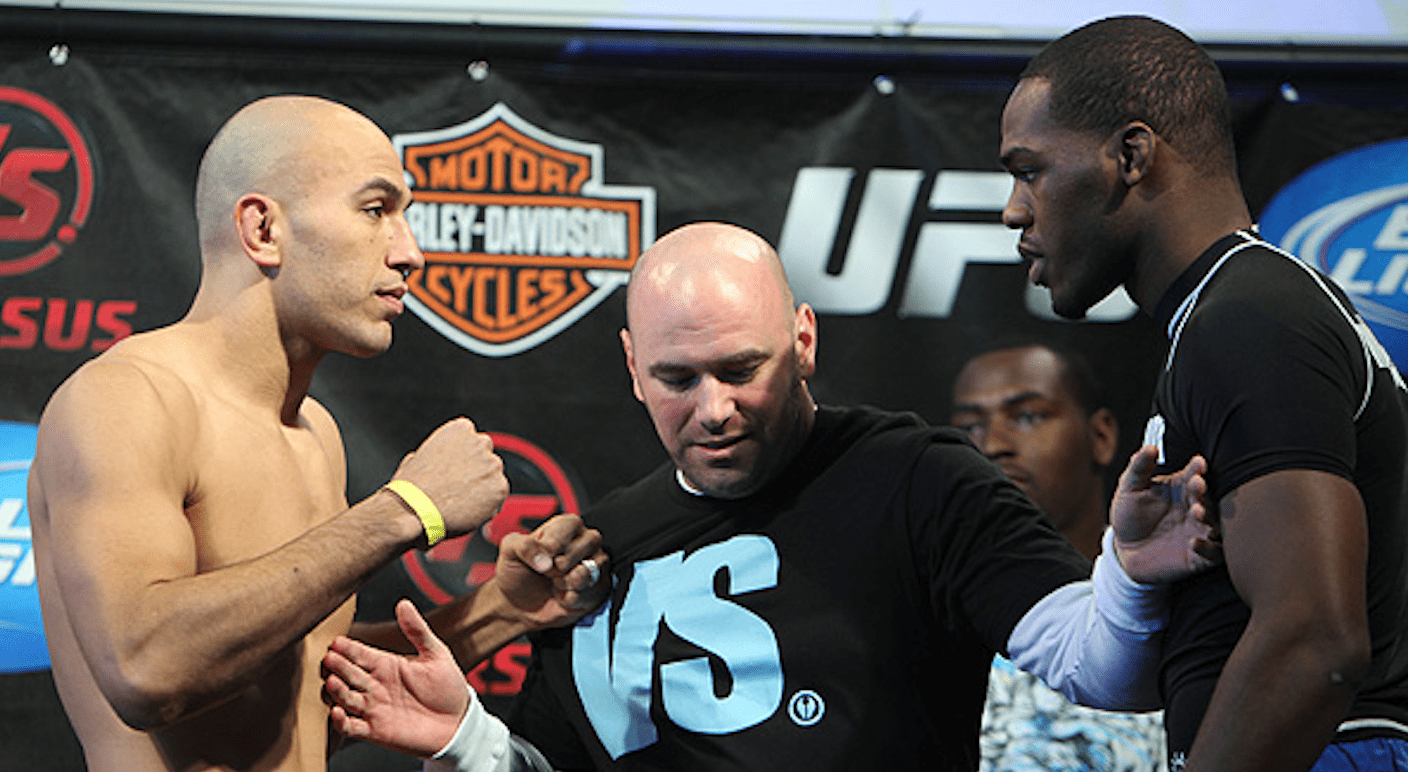 It has been over a decade since Brandon Vera lost to former UFC light heavyweight champion Jon Jones in a brutal fashion, but the lessons he learnt from the loss have stayed with him ever since.

Speaking to MMA Fighting, Vera recalled his UFC fight with Jones in 2010, which he lost via first round TKO.

“We were on our feet,” Vera shared. “We were dancing. He couldn’t touch me on my feet. I remember moving stuff out of the way and parrying, and I remember the look of panic on his face.

“Then [Jones] shot in and took me down, and I was like, ‘Man, you’re supposed to be this amazing standup guy. Why would you take me down?’ Man, this guy’s horrible. And I remember I just boot-kicked him off me and stood back up. I was like, ‘Man, you can’t even hold me on the ground’.”

But then, the current ONE heavyweight champion was taken down a second time, and Jones landed a vicious elbow which resulted in a tripod fracture to his face. That was the moment Vera realised he had made a big mistake by gravely underestimating his opponent.

“So I started dancing even more. I’m going to start whooping this guy’s ass. I start feeling myself on the feet. This guy wants nothing to do with me. He’s just moving away. He’s supposed to be, what’d I say, the second coming of Jesus Christ? C’mon, man, let’s do this. And then he took me down again. Listen, while I’m on my back, this guy is trying to work on top of me, and I’m just pummeling with him. This guy. Everybody thinks this guy’s that good. He throws an elbow, I move out of the way. C’mon, man.

“And in my head, I said, ‘This guy f***ing…’ And right when I got the first arm out, whack! That’s when he elbowed me in my face and broke my face. I remember thinking, ‘What the hell was that?’ I was sitting there holding my face. I’d never felt nothing like that before, even to this day, all the injuries and all the surgeries, I’d never had no pain like that before. It wasn’t an orbital fracture – it was a tripod fracture, so my face broke [in three places], like this whole bone caved in.

Earlier this year, Jones relinquished his UFC light heavyweight title to move up to heavyweight. And Vera believes ‘Bones’ can sbe a force to be reckoned with in his new weight class if he makes changes to his lifestyle.

“I think that if Jon Jones puts his mind together and gets his brain, really, gets his mind right, he could still be a force to reckon with,” Vera said. “He’s always dangerous inside of the Octagon. But man, he just can’t stop being Jon Jones, and that’s the problem. He could do so much more for the world if he could figure that part out, and it makes me sad about him, because this kid, dude, he could do so much for the world if he would just stop being that guy. I don’t even know how to say it. He’s just being that guy.”

Vera believes Jones is faster than other heavyweights, but because the big boys hit hard, his one-time opponent will have to be careful.

“I think it’s going to be a good move for him. Entertaining for the fans, for sure, if he can keep it together.”

Jones has a history of getting into trouble outside of the Octagon, but Vera believes, he too can turn his life around, as Mike Tyson has done.

“It’s never, ever too late,” Vera said. “And man, what’s your excuse? It’s Mike Tyson, man. F***ing Mike Tyson. Your life was not as hard as this guy’s. You didn’t go through all the bulls*** that he went through. You didn’t have somebody rob you at the peak of your career. You didn’t have people trying to fight you for lawsuits. Dude, your life is nowhere near as hard as what that guy went through. So man, it is possible. You can get it back together. You just need to want to get it together. Maybe it’s just too many yes-man around that guy. Maybe he needs a new group of friends. It happens.”

While the timescale of Jones’ heavyweight debut is still unknown, Vera would love to entertain the idea of a rematch between the two.

“Dude, I would love and welcome that,” he said. “He definitely taught me something that day. He taught me a lot about myself. I got goosebumps just thinking about that.”

Vera is set to defend his ONE heavyweight crown against former UFC heavyweight, Arjan Bhullar.

Would you be interested in a rematch between Brandon Vera and Jon Jones?