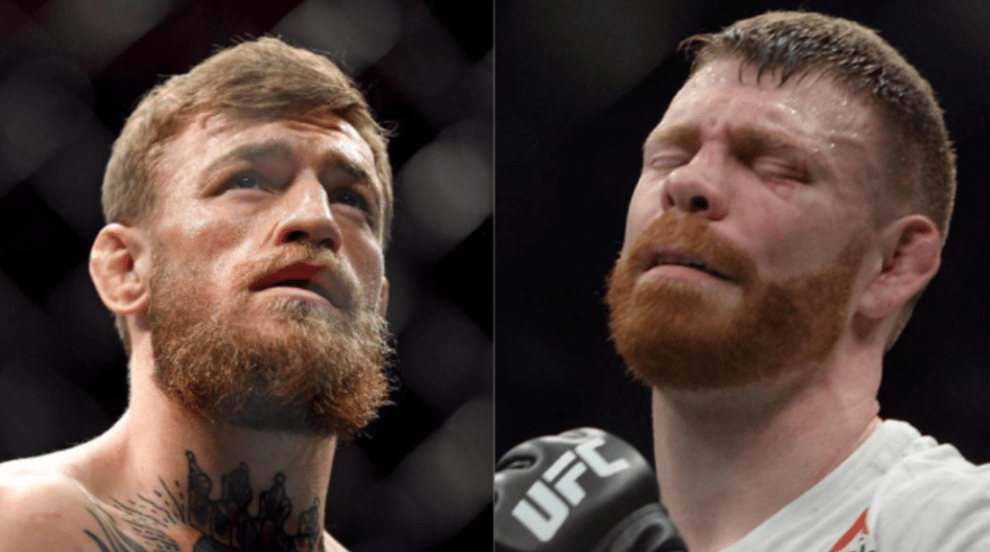 Paul Felder will have his hands full this weekend, as he takes on Dan Hooker at UFC Auckland, in what has the potential ‘fight of the year’ written all over it. But while ‘The Irish Dragon’ is focused on his lightweight contest with ‘The Hangman’, he also has one eye on a potential matchup with Conor McGregor down the road.

Speaking to TMZ Sports, Felder said he would love to face McGregor at some point.

“Of course man. I feel that anybody who says they don’t want that fight, they’re lying to themselves. He brings eyeballs to this sport. He brings attention and no matter who fights him, people are going to know who you are after that. So course it would be something that I would love.

“But it’s not something I’m going to sit around and beg for or think about but if it presents itself…he mentioned me, ‘the fool at the desk’ and all that kind of stuff. So if he’s talking about me and it lines up in the future at some point in my career, let’s go.”

McGregor made a successful return to the Octagon last month at UFC 246, where he stopped ‘Cowboy’ Cerrone after only 40 seconds of the very first round. It was the Irishman’s first time back in action, since losing to Khabib Nurmagomedov fifteen months previously at UFC 229.

Hooker and Felder face off in the UFC Auckland main event on Sunday morning.

Would you like to see Paul Felder vs Conor McGregor down the road?