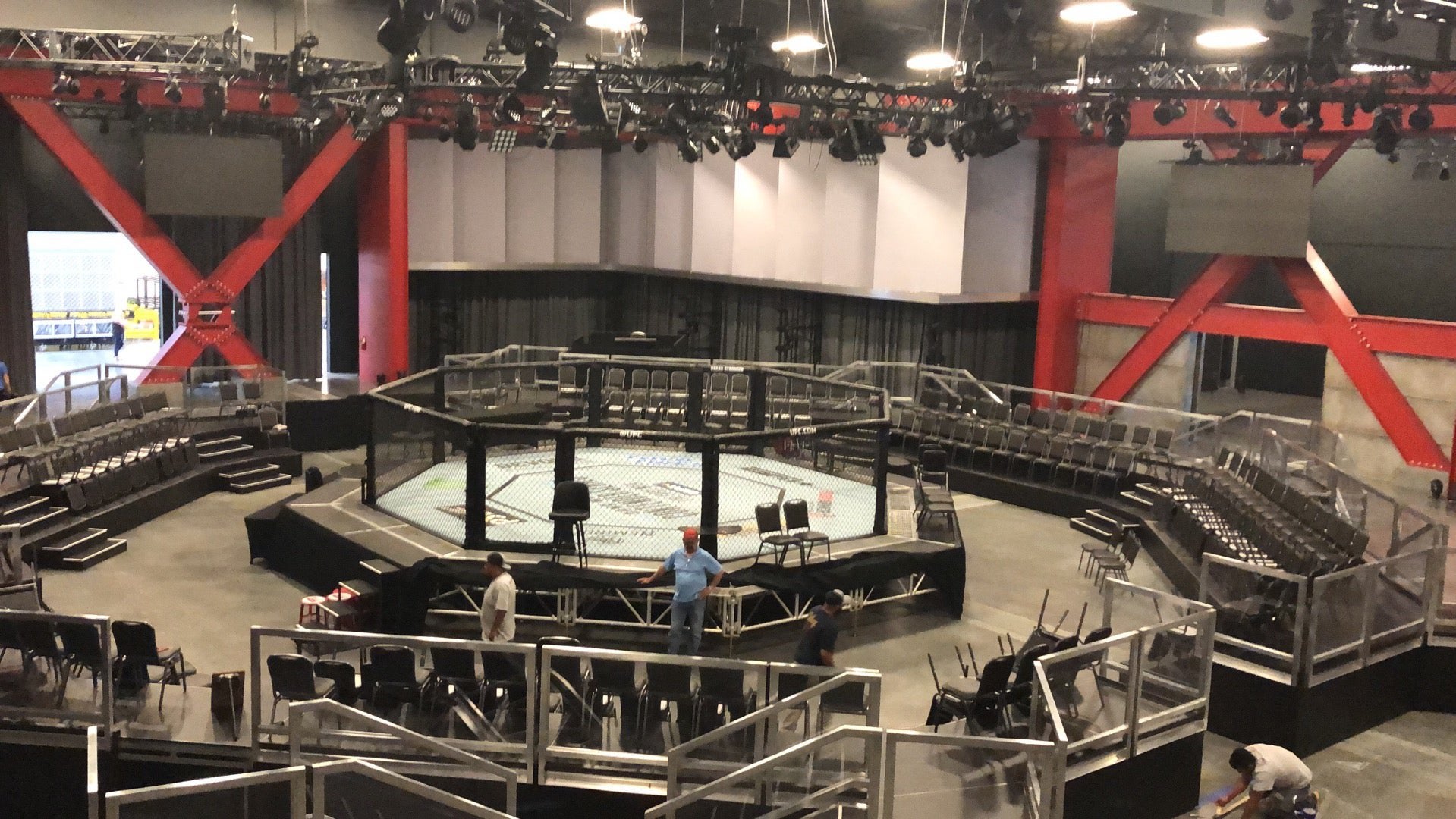 The UFC has finally given an update on their plans concerning their upcoming events, in light of the Wuhan Coronavirus epidemic worsening.

In the last hour, UFC president Dana White told ESPN Sports Center that this weekend’s UFC Brasilia card will go ahead but will be behind closed doors. The Media Day has also been cancelled and the weigh-ins will also be done behind closed doors, without any media present. The event will start two hours earlier than scheduled now.

The UFC boss also confirmed that as of right now, UFC London, which is set to take place the following weekend, will go ahead as scheduled with fans in attendance.

Dana did not mention UFC 249, where Khabib Nurmagomedov is set to defend his UFC lightweight title against Tony Ferguson. However, MMA Junkie’s John Morgan has reported that the card is still currently scheduled to go down in Brooklyn. Khabib and Tony have been scheduled to meet four times in the past but each time, the fight has failed to happen.

The UFC has also just released the following statement regarding UFC Columbus and UFC Portland:

“UFC Fight Night: Ngannou vs. Rozenstruik, originally scheduled for Saturday, March 28, at Nationwide Arena, in Columbus, Ohio, will be relocated following the State of Ohio’s ban on large gatherings of 100 or more.In addition,UFC Fight Night: Overeem vs. Harris, originally scheduled for Saturday, April 11 at Moda Center in Portland, Oregon, will be relocated following the State of Oregon’s ban on large public gatherings of 250 or more. These events will now take place in UFC APEX in Las Vegas on the same dates, Saturday, March 28, and Saturday, April 11, respectively. Both events will proceed with only essential personnel in attendance and without spectators.  UFC is working directly with Nevada State Athletic Commission Executive Director Bob Bennett on implementing a process to screen the competing athletes for the coronavirus to ensure their health and safety.  These events are scheduled to be broadcast live on ESPN’s platforms here in the U.S., and by UFC’s media partners around the world.

We know many of our fans in Ohio and Oregon are disappointed, as are we.  Ticket holders may seek a full refund at the point of purchase.  We look forward to returning to Columbus and Portland at the earliest opportunity.”

Yesterday, ONE Championship CEO Chatri Sityodtong announced that all of their upcoming events will also take place behind closed doors.

In the last few minutes, Dana White has again been on Sports Center, where he announced several huge announcements.

Firstly, that due to newly implemented travel restrictions, UFC London would go ahead but not in London. Tyron Woodley will still fight Leon Edwards but in won’t be in the UK and the UFC matchmakers are currently putting together a new undercard.

Dana also that their cards on the 28th of March and 11th of April will no longer take place at the UFC APEX in Las Vegas, due to the Nevada State Athletic Commission suspending all combat sporting events indefinitely. They are actively looking for new locations and venues.

The UFC boss also confirmed that UFC 249, which features the highly anticipated lightweight title fight between Khabib Nurmagomedov and Tony Ferguson, will not take place in Brooklyn or New York.

Despite the hurdles, Dana said, “The fights will go on. They will continue. We’re not stopping.”


We will continue to keep you up-to-date with any developments regarding the Coronavirus.

Dana White has confirmed that the next three UFC events have now been cancelled.

“We were ready to go live from Fire Lake Arena, an Indian reservation in Oklahoma, on Saturday. But the President just spoke to the country. Now they’re saying no more than ten in a room. That’s impossible. We can’t do it.”

Dana also announced that the Khabib Nurmagomedov vs Tony Ferguson fight will still go ahead on April 18th.