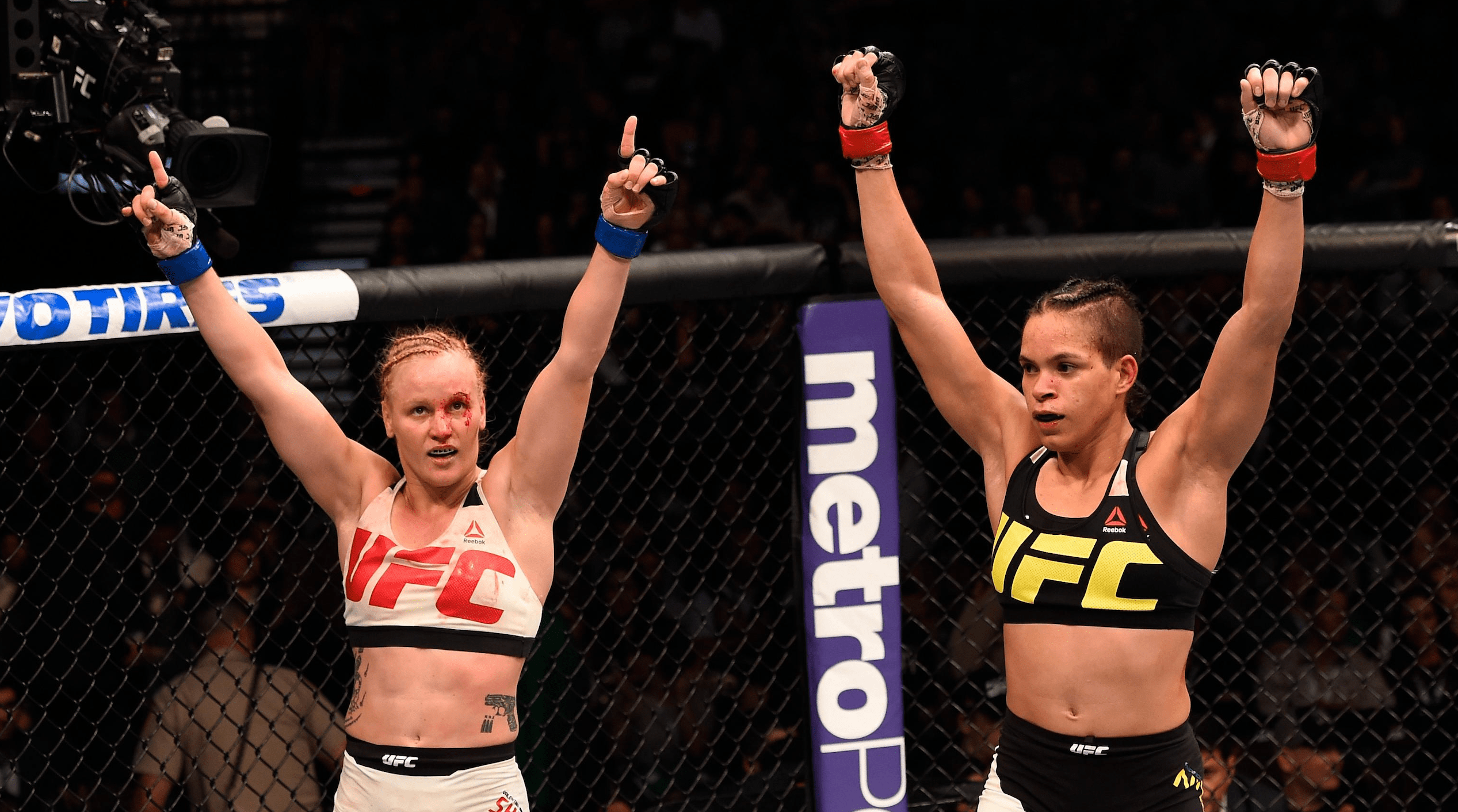 Valentina Shevchenko is ready for the battle of champions. The UFC’s reigning women’s flyweight champion says she would welcome a trilogy bout against her former rival, Amanda Nunes.

Despite losing both their first two encounters, Shevchenko has proven to be Nunes’ toughest opponents. And although she lost their first fight via unanimous decision at UFC 196, the rematch at UFC 215 was a razor close split decision, with many believing that ‘Bullet’ did enough to see her hand raised.

The Trilogy Is ‘Logical’

Speaking to MMA Junkie, Shevchenko stated that making the trilogy with Nunes is a ‘logical’ fight to make for the UFC.

“I think it would be logical,” Shevchenko said. “She’s been going through her opponents very easily, and I think that for the future, it would be logical to have a third fight because the second fight … I didn’t lose it. I won it.”

While Shevchenko believes she won the rematch, she believes that the judges were swayed by the ‘heavier’ Nunes getting the takedown in the final round.

“This fight right now, as champion versus champion, I think the judges will have a different outlook towards the fight,” Shevchenko said. “Three years ago in 2017 when we had our fight, they thought that just that one thing gave her the victory, and that was the takedown she got in the fifth round. She didn’t even start it – it was me who initiated. But since it was the final round, we were both slippery. She’s heavier, so I ended on bottom when I was supposed to land on top.

“That’s the only thing that gave her a small advantage in the eyes of the judges that night. But that’s how it went down, and I think it would be very logical to have that third fight between us.”

Since losing to Nunes, Shevchenko has won five straight fights. Including three title defences. The 32 year old is set to defend her flyweight title this weekend at UFC 255 against Jennifer Maia.

With all her focus on defending her title this weekend, Shevchenko doesn’t know when she’d like to fight Nunes again. But would like the trilogy to go down once the fans have returned.

“To be honest, I don’t know (when I’d like to fight Nunes), and I haven’t thought about it because right now I’m focused on my weight class – 125 pounds,” Shevchenko said. “All I have in mind these days is being dominant and retain my belt again and again, and that’s what I think of when I put thought in my near future. I think if this fight goes down in the future, I would definitely like to have the fans around me and the public back, and not in an empty arena.”

Two division champion Nunes is currently on an eleven fight win streak, and was set to defend featherweight title against Megan Anderson at UFC 256 next month. However, the Brazilian has been forced to withdraw due to a ‘serious medical issue’.

Would you like to see a trilogy between Valentina Shevchenko and Amanda Nunes?