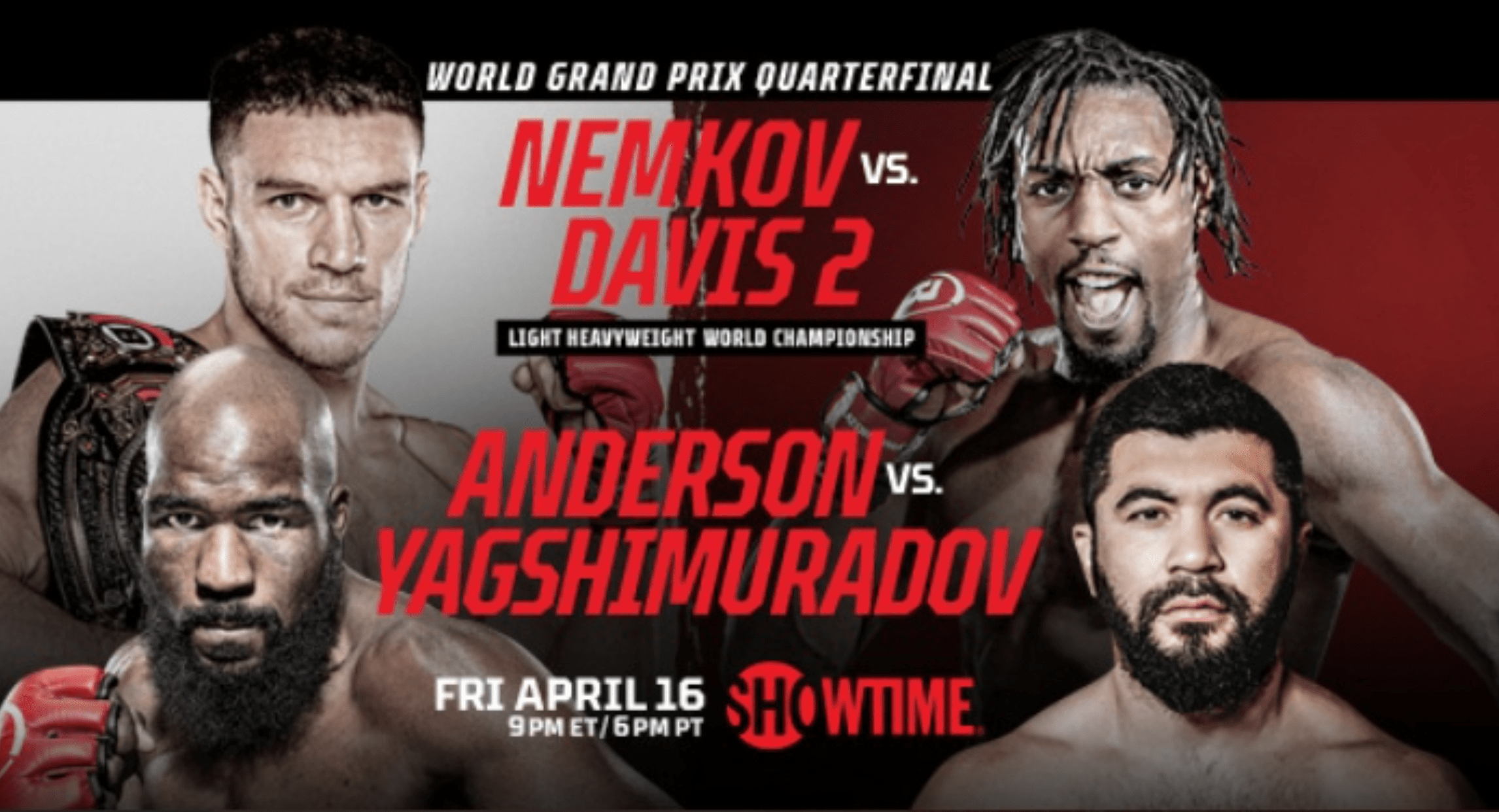 Bellator 257 went down on Friday night at the Mohegan Sun Arena in Uncasville, Connecticut, and featured two Bellator Light Heavyweight World Grand Prix quarterfinals. In the main event, Vadim Nemkov earned a hard fought unanimous decision win against Phil Davis to successfully defend his 205lbs title and move through to the semi-finals, where he will face the winner of Anthony Johnson and Yoel Romero who compete in the last GP quarterfinal at Bellator 258.

In the co-main event, Corey Anderson finished Dovletdzhan Yagshimuradov in the third round in the second quarterfinal of the night. The dominant win secured ‘Overtime’s’ place in the semi-finals, where he will face Ryan Bader, who defeated Lyoto Machida last week at Bellator 256.

Elsewhere on the Bellator 257 main card, Veta Arteaga defeated Desiree Yanez by majority decision after having a point deducted for an unintentional illegal knee, and Paul Daley scored a second round TKO victory against Sabah Homasi.

Bellator returns on May 7th with Bellator 258, which will see Sergio Pettis challenge Juan Archuleta for the bantamweight title in the main event, and Anthony Johnson face Yoel Romero in the Bellator Light Heavyweight World Grand Prix quarterfinal in the co-main event.