ONE On TNT 2 Results, Replay And Post Fight Videos 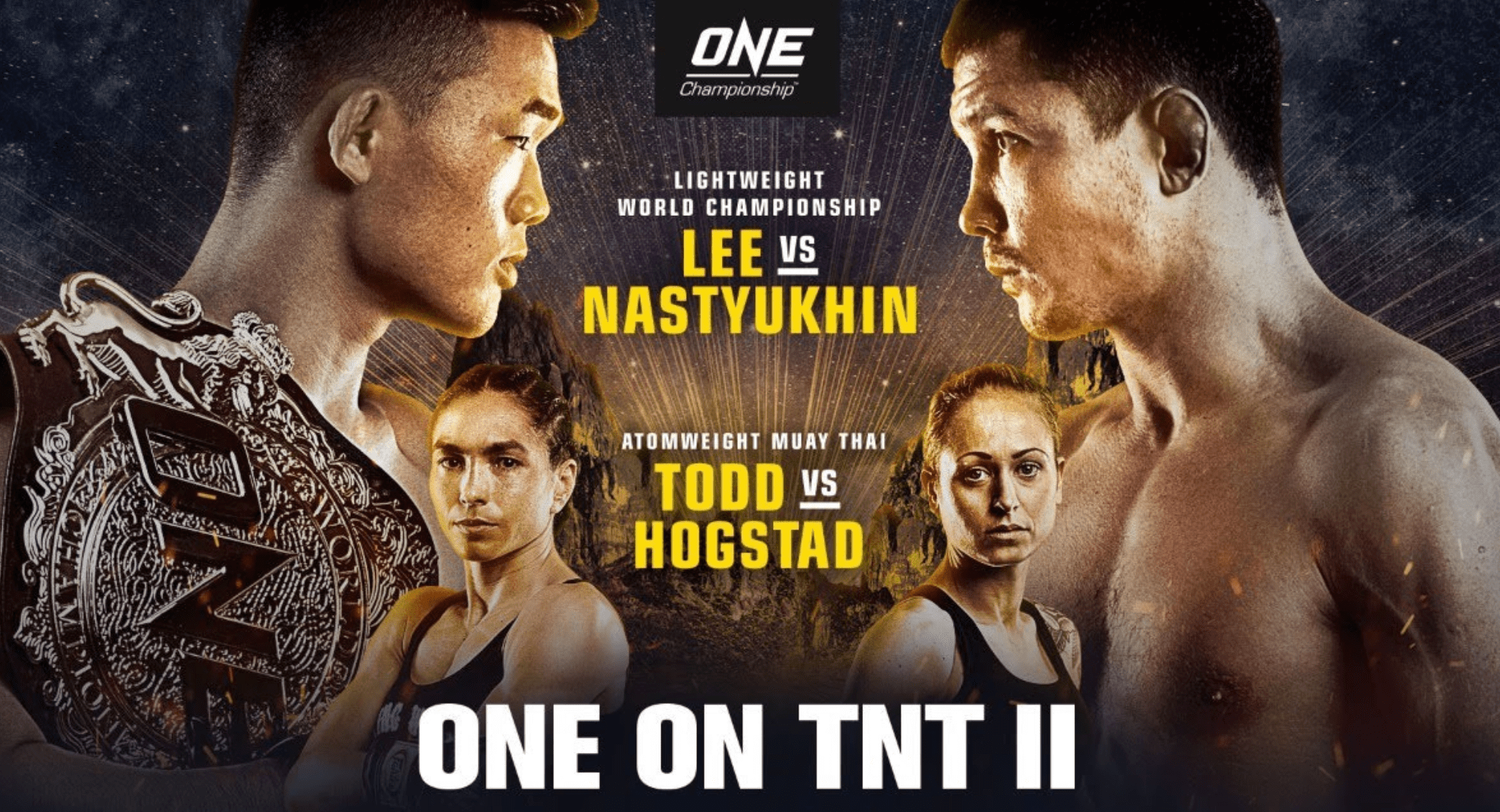 ONE on TNT 2 goes down Thursday morning at the Singapore Indoor Stadium, and will be broadcast on primetime in the US on Wednesday night. In the main event, the number three ranked lightweight Timofey Nastyukhin challenges Christian Lee for the title.

In the co-main event, ONE atomweight kickboxing champion Janet Todd, makes a quick turn around to take on Anne Line Hogstad in a top five Muay Thai clash. ‘JT’ beat Alma Juniku at ONE: Fists Of Fury 3 less than two months ago. Hogstad is also coming off a unanimous decision win against Juniku, having faced her fourteen months ago at ONE: Fire And Fury.

Elsewhere on the ONE on TNT 2 card, Shinechagtga Zoltsetseg takes on Yoshiki Nakahara in an fun featherweight contest, Kim Kyu Sung faces Wang Shuo at flyweight, and Shuya Kamikubo welcomes Mitchell Chamale to the promotion in a bantamweight matchup.

ONE on TNT 2: Christian Lee vs Timofey Nastyukhin Results

Featherweight:
Yoshiki Nakahara defeats Shinechagtga Zoltsetseg via second round disqualification due to an illegal kick to his downed opponent

ONE On TNT 2 Replay:

We will add more videos in the upcoming days.

ONE Championship returns in one week with ONE on TNT 3, which will feature John Lineker vs Troy Worthen in the main event, and a top five flyweight contest between Reece McLaren and Yuya Wakamatsu in the co-main event.