Eddie Alvarez: I’m Fighting At ONE On TNT 4 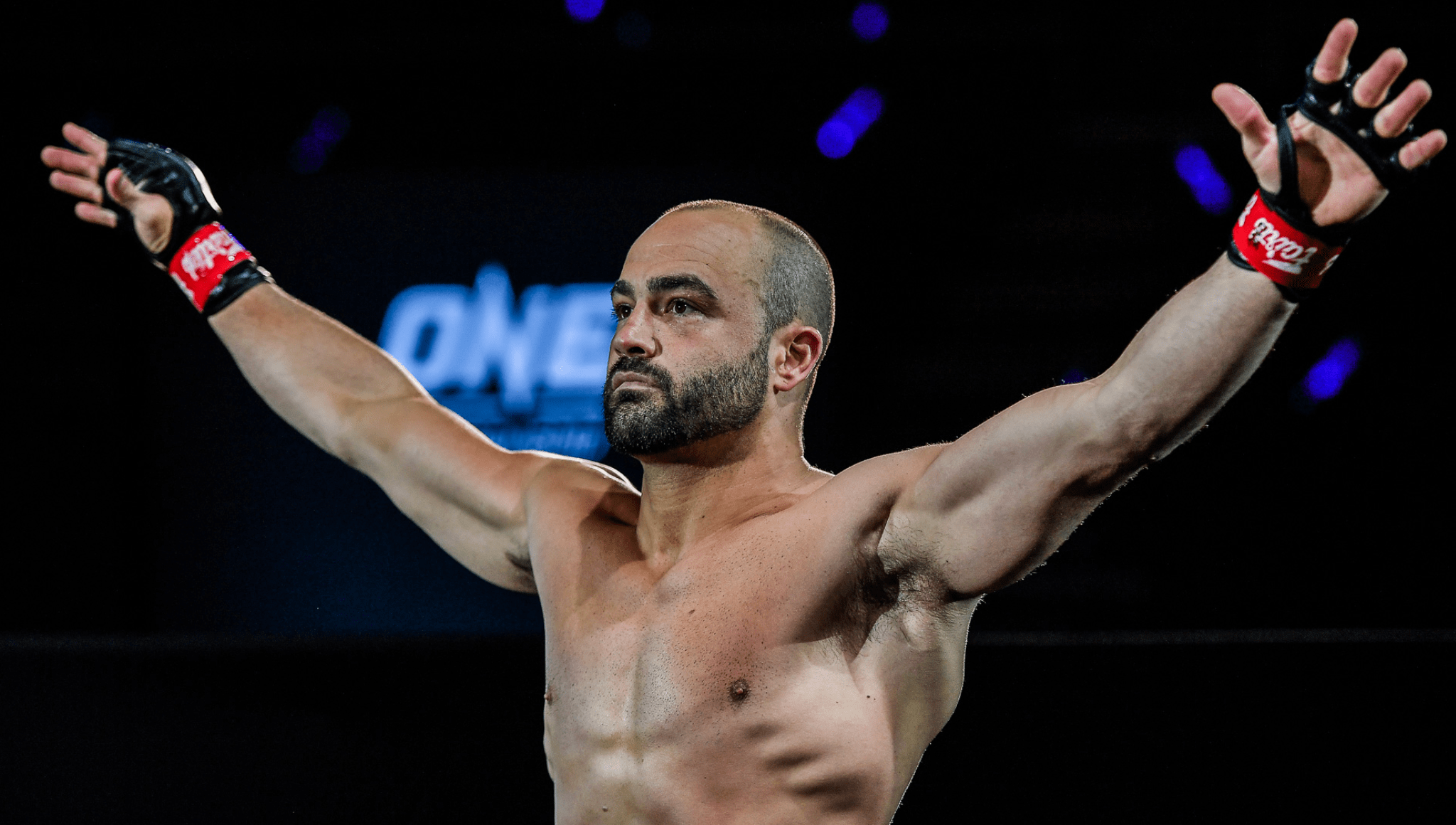 After a heartbreaking disqualification loss to Iuri Lapicus at ONE on TNT 1, Eddie Alvarez has revealed that he’s going to fight again at ONE on TNT 4 on April 28th.

Alvarez fought Lapicus in a potential lightweight title eliminator in the co-main event at ONE on TNT 1. However, the fight was called to a halt after ‘The Underground King’ landed shots to the back of his opponent’s head, which the referee deemed illegal and disqualified the former Bellator and UFC lightweight champion.

Speaking to ESPN, Alvarez said that he still doesn’t agree with the referee’s decision and is looking to get it overturned.

Early in the first round, Alvarez took Lapicus down against the fence and landed heavy shots, forcing his opponent to turn his head to avoid the barrage of punches, which resulted in shots to the back of his head.

While the American believes the Moldovan didn’t have a lot of options other than turning away, he does believe that his shots were perfectly legal as he’s seen many fighters, including former UFC champion Khabib Nurmagomedov, land similar strikes in fights.

“I don’t know if he had many options, you know what I mean. I think he wasn’t going anywhere,” Alvarez said. “I’ve seen Khabib hit that same shot a million times on people, I’ve seen a million fighters hit that same channel on people and there’s no discrepancy at all.

“So for me, if I’m not going to get my win, I can at least get a no contest. The disqualification was a bit harsh considering there was no warning, no anything. It wasn’t malicious or ill-intent at all.”

Fighting At ONE On TNT 4

In a Facebook post last week, ONE Championship CEO Chatri Sityodtong said that Alvarez will run it back with Lapicus as soon as possible. The Pennsylvania native now reveals that he’s going to fight later this month to try and cement his place as the next challenger to ‘The Warrior’s’ throne. Although he didn’t name an opponent, the only card he could realistically compete on is ONE on TNT 4 on April 28th.

“I’m headed back to Singapore [from the US] in real short order, and I’m going to fight this month,” Alvarez revealed. “I don’t want to say it’s done, but we’re damn near. No date or opponent, just know that you guys are going to see a lot more of me very soon before the end of this month.”

The 37 year old also revealed that he’s in serious talks to fight Oscar De La Hoya in a eight round boxing contest.

“Recently, we’ve been hearing from Oscar De La Hoya’s guys,” Alvarez revealed. “Look, I’m fixated on the ONE Championship belt. I’m laser, laser focused on making history and getting my world title, but I feel like there’s gonna be a lull. The champion is gonna sit for a bit—I think he’s having a baby. If that happens, Oscar De La Hoya and them guys have been reaching out and, hell, I’d love to get in there and mix it up with him. That’d be a hell of a fight and I’ve got everyone here in Philadelphia backing me, and the whole Philadelphia boxing [community] to back me up.

“Getting in there to mix it up with that guy would be a dream come true. I actually think I’d do pretty damn good against him. I’d be crazy excited about that if them guys figure that out. There’s serious talks. They’re serious like wanting to get a deal done this week serious.”

De La Hoya recently announced that he’s planning a comeback and is set to return on July 3rd.

Knees To A Grounded Opponent

In the main event at ONE on TNT 1, ONE flyweight champion Adriano Moraes shocked the world by knocking Demetrious Johnson out with a knee to the head on the ground. The move is perfectly legal in ONE Championship, but there was a lot of debate regarding it online as knees to the head of a grounded opponent are illegal in major MMA promotions across America, including the UFC.

Alvarez is one of the supporters of the rule.

“Not stay there and play the game, because if we were in a real fight and I had you in a front headlock and you were just sitting there, I’m probably going to hit you in the head or do something to finish you, so I’m with it.”

Earlier today, ONE lightweight champion Christian Lee successfully defended his title by TKO’ing Timofey Nastyukhin in under two minutes in the ONE on TNT 2 main event.

Speaking exclusively to Asian Persuasion MMA after his quick-fire win, Lee said that if Alvarez gets past Lapicus in impressive fashion in the rematch, he will secure the title shot he has been chasing since signing with ONE Championship in 2018.

Do you think ONE Championship should overtun Eddie Alvarez’s disqualification against Iuri Lapicus to a no-contest?

Tagged: Christian Lee, Eddie Alvarez, Iuri Lapicus, Lightweight, ONE Championship, ONE on TNT 1, ONE on TNT 4