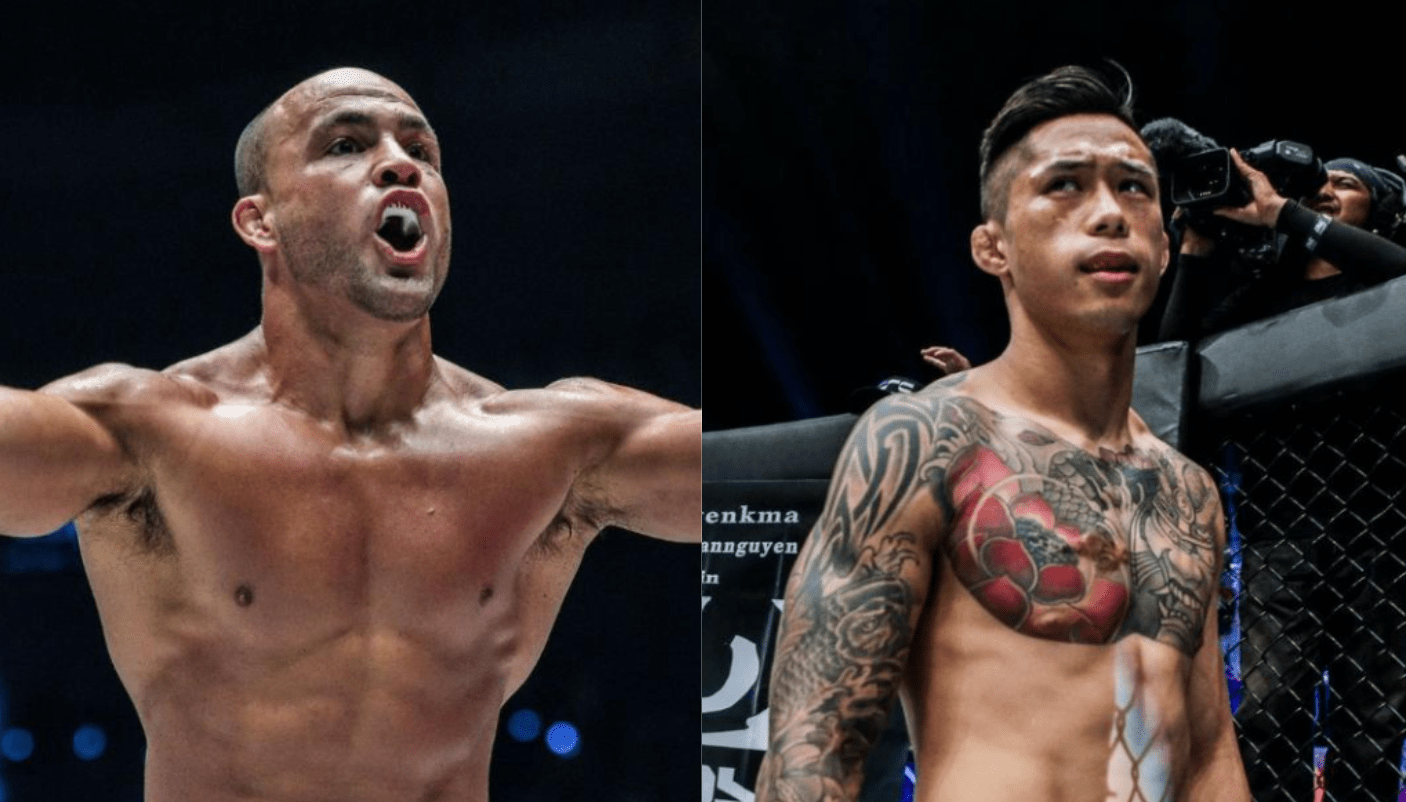 ONE Championship’s entry into the North American market has been full of excitement and drama. From Eddie Alvarez’s disqualification loss, to Adriano Moraes’ spectacular knockout over Demetrious Johnson, to Christian Lee’s quick-fire win over Timofey Nastyukhin, the ONE on TNT series has been making a buzz.

Ahead of ONE on TNT 3, ONE Championship CEO Chatri Sityodtong spoke to SCMP MMA‘s Nick Atkin to discuss Alvarez and Martin Nguyen’s next fights, Iuri Lapicus, Sage Northcutt, and his Grand Prix plans.

Alvarez Fighting At ONE On TNT 4

Earlier this week, Alvarez revealed that he was set to compete again on April 28th at ONE on TNT 4. Chatri further revealed that ‘The Underground King’ will fight the winner of Marat Gafurov vs Rae Yoon Ok, which features on the ONE on TNT 3 card set to broadcast on April 21st.

“Yes, if Eddie said that. Did he say that? If he said that, then yes, I guess the cat’s out of the bag,” Chatri said. “He is coming back to Singapore in short order, he will be fighting on ONE on TNT 4 and his opponent will be determined.

“He’s gonna fight the number five ranked lightweight contender, because Marat Gafurov is number five and he faces Rae Yoon Ok, and the winner of that match will take on Eddie Alvarez. So Eddie still has a shot at breaking into the top five rankings.”

In his co-main event against Lapicus at ONE on TNT 1, Alvarez was disqualified for illegal strikes early in the first round. The Philadelphia native claimed that the blows were perfectly legal, but Chatri begs to differ.

“Factually there were illegal blows, factually the referee did give two warnings,” Chatri said. “But factually I can also say the DQ is under review. Eddie and his team asked for a review and so the whole committee are voting on it based on the footage, and hopefully, we’ll have the results of the review over the next several days.”

Chatri continued by saying that Alvarez will definitely run it back with Lapicus down the road. And as far as an immediate title shot is concerned, the 37 year old American will have to put on a spectacular performance at ONE on TNT 4 to earn it.

“They both want to fight each other,” Chatri said. “Iuri is very upset with how everything turned out. Eddie is understandably also very upset, so there’s a real desire from both sides to have a rematch. So there definitely will be a rematch. Let’s see what happens.

“Eddie’s gotta deliver an outstanding, super impressive performance to create any upwards movement and potential fast track to the title shot. I’ve told Eddie if he wins impressively, we can definitely discuss a title shot, it all depends on what happens in his next fight.

“If it’s an incredible fight and he deserves it, so be it. If it ends up being a snooze fest or he ends up losing, you never know, there’s so many moving parts.”

Nguyen was scheduled to face Kim Jae-Woong in the ONE in the TNT 2 co-main event, but the fight was cancelled due to ‘health and safety protocols’ after ‘The Situ-Asian’ came in close contact with someone who tested positive for COVID on his flight to Singapore. Now that he’s cleared, Chatri said that the former featherweight champion will compete in the next couple of weeks.

“Martin is just unlucky,” Chatri said. “He gets a perfect training camp, he gets on a plane [and] in the row ahead of him somebody completely unrelated to the event or ONE Championship, just some random passenger gets COVID and because Martin happens to be sitting behind him on the plane, he gets quarantined, he doesn’t have COVID, he gets tested he has nothing, but just out of an abundance of precaution we don’t want to put him in, right.

“So the Singapore government did the right thing, put him in quarantine, make sure he definitely doesn’t have it. It’s proven he doesn’t have it so he is going to come back to Singapore and compete in the next couple weeks.”

It is expected that Nguyen and Jae-woong will be rebooked on ONE on TNT 4, but Chatri couldn’t confirm the news.

“We are trying to make it work for both sides,” Chatri said. “They both want to fight each other. I just can’t announce anything yet.”

After returning back to Sanford MMA in Florida, Nguyen posted that his fight with Kim is being rescheduled.

Nguyen vs Kim isn’t the only fight that has been cancelled this month. Northcutt was also forced out of his lightweight contest with Shinya Aoki at ONE on TNT 4 due to the lingering effects of COVID. Chatri believes the Team Alpha Male representative has championship potential and will come back stronger than ever though.

“I believe in Sage. I really believe he has world championship potential, he has all the athleticism, the cardio, he has explosiveness, he has the technique, anyone who’s ever rolled with him will tell you he’s just absolutely a monster in jiu-jitsu on the ground,” Chatri said. “He’s very explosive and he did have a rough start in ONE Championship getting knocked out by Cosmo Alexandre, but I think Sage is still very young, I hung out with him here in Singapore when he came for The Apprentice, for the shoot and he’s in a peak of health.

“He’s just unfortunate he has lingering issues from COVID, his kidneys weren’t operating properly, he just had some other coping symptoms, but he had COVID a few months ago. He’s just taken time to clear his system.”

Fights Cancelled Due To COVID

In total, ONE Championship has lost nine fights on the ONE on TNT series due to COVID, which has forced the promotion to adapt accordingly to keep the cards together.

“I’m just telling you this man, COVID knocked out nine fights for us, nine fights in the last few weeks right from Sage to like… the list goes on and on, I don’t really want to go into it,” Chatri said. “We’ve had to adapt and we’re making matches on the fly at the last minute you know just to be able to keep a card together and we want to keep a reasonably strong card for all the TNT series. It’s just been one thing after another man. It’s like a comedy of errors.”

At ONE on TNT 2, Janet Todd defeated Anne Line Hogstad in a top-five atomweight Muay Thai clash. With champion Allycia Araujo currently sidelined due to her pregnancy, Chatri said that the promotion is eyeing either an interim title fight between ‘JT’ and Stamp Fairtex, or an Atomweight Muay Thai World Grand Prix.

“We are thinking about an interim title shot with Stamp versus Janet Todd,” Chatri revealed. “It’s definitely one of the options on the table. Another option that we’re exploring is Atomweight Muay Thai World Grand Prix.”

The ONE Championship CEO also revealed his potential plans for a Featherweight Kickboxing World Grand Prix, which would feature some of the best strikers on the planet.

“There’s a lot of interesting things that we’re toying with right now I think, the world also wants to see from a kickboxing perspective, the Featherweight World Grand Prix with the eight best kickboxers in the world,” Chatri said. “Giorgio Petrosyan and all the monsters of that division, so there’s a lot of things like that we’re discussing and that hopefully, the next few weeks will be able to resolve it and announce.”