Boxing: Tyson Fury Responds To Anthony Joshua Offer To Spar With Him 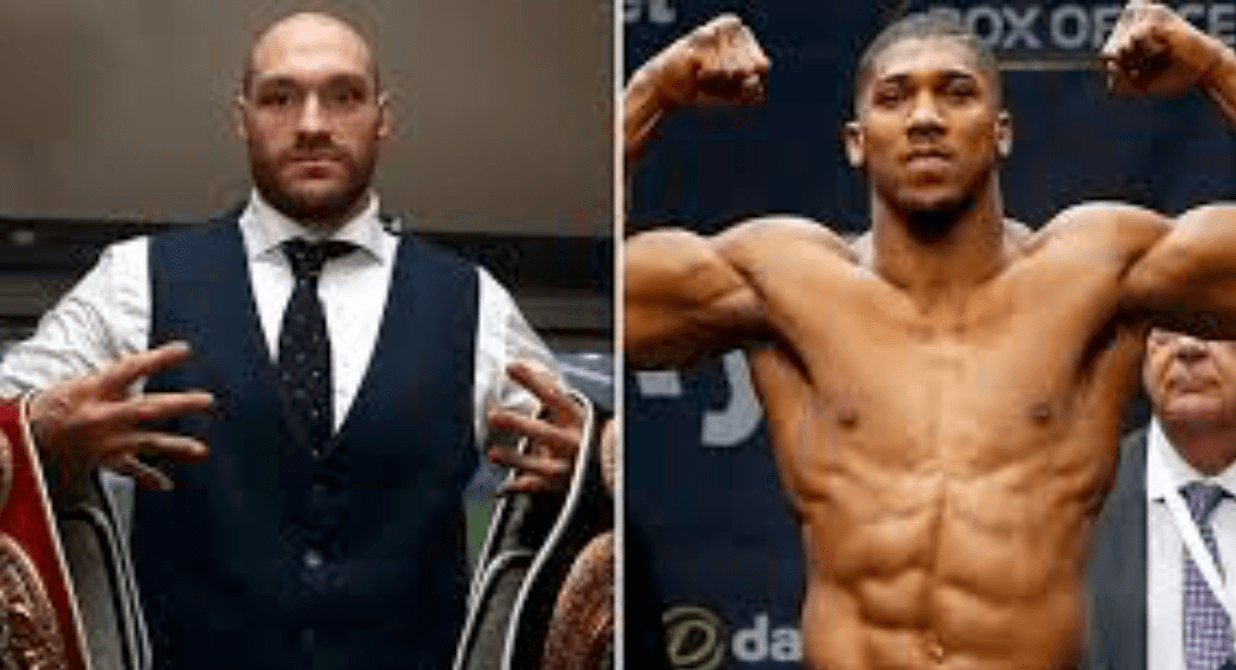 The boxing heavyweight scene is the most fun and interesting it’s been for years. And it just got even more interesting. Anthony Joshua yesterday said that he would happily help Tyson Fury prepare for his upcoming rematch with Deontay Wilder.

Fury and Wilder are set to face off for a second time on February 22nd. The two fought out a controversial draw one year ago. While some fans believed that Fury was given a generously long ten count in the final round, many fans thought that Fury still clearly won the fight.

Speaking to Sky Sports (as transcribed by BJPenn.com), Joshua said that he believes Fury would accept a fight with him quicker than Wilder would. And therefore wanted to help ‘The Gypsy King’ prepare for his rematch with ‘The Bronze Bomber’.

“I think honestly he might beat Wilder next time. I think Fury would fight me quicker than Wilder would, so, if that’s the case, I want him to win. Imagine that fight on British soil. If Tyson needs me, I’ll go out and spar with him to get him ready for Wilder.”

Joshua holds the WBA, IBF, WBO and IBO heavyweight titles. While Wilder holds the other heavyweight title, the WBC belt. Although Fury no longer holds any belts, since walking away from the sport after defeating Wladimir Klitschko in 2015, the unbeaten 31 year old is widely regarded as the heavyweight lineal champion.

“I’ve just seen the video of Joshua on Sky Sport saying he’d love to come and help me in camp and that I’d fight him quicker than Wilder, that’s for sure. When I beat Wilder I will fight you AJ, no problem.”

A fight between Joshua and Fury would always be huge in the UK (and worldwide), with both coming from England. But if it was for the title of being the undisputed, unified heavyweight champion of the world, it would go down as one of the biggest global boxing matches of all time.

Joshua, Fury and Wilder are all coming off wins in the last few months. Earlier this month, ‘AJ’ won the back the titles he lost to Andy Ruiz in the summer, by out boxing him for twelve rounds in Saudi Arabia.

Fury survived a huge cut above his eye against Otto Wallin in September, to score a unanimous decision. While Wilder scored a spectacular knockout victory over Luis Ortiz last month.

Although Tyson Fury has teased of a switch to MMA in recent months, he could potentially be part of two of the biggest boxing matches in the history of the sport in 2020, should he beat Deontay Wilder and then go on to face Anthony Joshua in a unification bout.