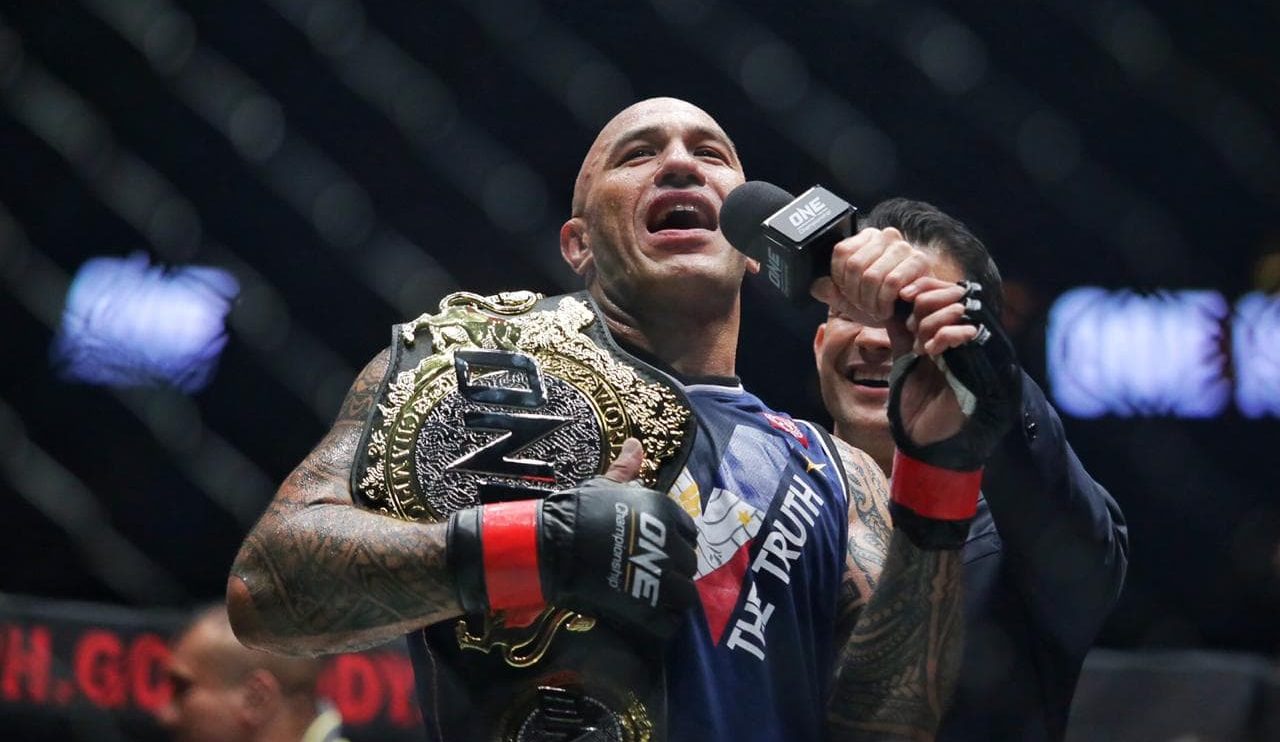 With several fighters under Dominance MMA recently coming in to bolster the ONE Championship roster, Brandon Vera suddenly has a lot more worthy contenders to his ONE heavyweight crown.

One such worthy contender is Amir Aliakbari. Speaking to Asian Persuasion MMA earlier this month, the Iranian called out Vera, and said he wants to challenge him for the title in his promotional debut.

Vera is excited with the arrival of several heavyweights to the Singapore based promotion, such as BJJ legends Tom DeBlass and Marcus Almeida, but it is Aliakbari who has really got ‘The Truth’s’ attention.

“Welcome To The Club”

Speaking to the South Morning China Post, Vera expressed his excitement at the new arrivals, but warned them not to expect an easy time in ONE Championship.

“Oh man, I absolutely love it,” Vera said. “I think ONE is doing an amazing job bringing in this talent from around the world. These guys are world class athletes coming into the fold, into our family, and they’re all gunning for my title. I’m very excited there’s new blood coming in. But along with that being said, some of these guys have been pretty disrespectful. “

“You need to remember there are some heavyweights here at ONE championship and this is a different game. We don’t play round by round here – you need to win the entire match that night. “

Vera last saw action at ONE: Century last October, when he lost to Aung La Nsang whilst challenging for the light heavyweight title. The 42 year old was scheduled to defend his ONE heavyweight title against Arjah Bhullar in May, but the bout is still on hold due to the global coronavirus pandemic.

Should Vera successfully defend his belt against Bhullar and Aliakbari win his promotional debut, we could see the two settle their differences inside the ONE Circle. And ‘The Truth’ is excited at the prospect.

“Yeah, it’s fun,” Vera said. “He’s got a lot of fans, so a lot of his fans are pumping his head up. It’s like, ‘Hey man, don’t let your fans be the reason you catch an ass-whooping’.

“You talk about smashing faces? All right. Welcome to ONE. Let’s see how it goes.”

How do you think Brandon Vera vs Amir Aliakbari would play out inside the ONE Circle?