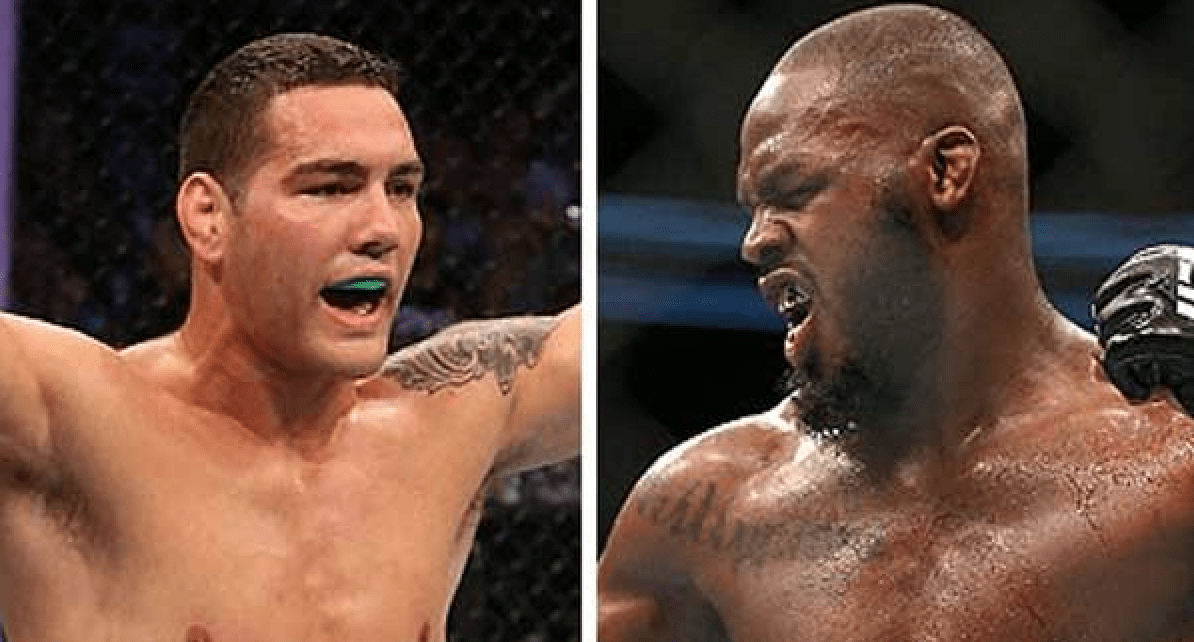 If you were to ask a group of MMA fans who their GOAT was, many of them would say Anderson Silva or Jon Jones. Chris Weidman has not only faced Anderson Silva twice, he beaten him twice. Now he has his sight set on Jon Jones.

Speaking to TMZ Sports, Weidman said he would be excited as hell to face Jones inside the UFC Octagon.

“To have that opportunity to go up to that weight class and win that belt, be a two way champ. And to do it against a guy like Jon Jones, excites the hell out of me.”

The former UFC middleweight champion knows that a win over Jones would not only make him the ‘GOAT killer’, but would also put him in the conversation for the greatest MMA fighter of all time.

“I would be the GOAT killer for sure. My name would have to spoken of in that GOAT conversation, as well.

Weidman is set to make his light heavyweight debut this weekend at UFC Boston, against Dominick Reyes. And the plan is to impress in the Boston main event, and earn a shot at the 205lbs champion. As he has stated previously, the ‘All American’ absolutely believes he can beat Jones.

“Of course I can beat Jon Jones. And believe me, you should put your money on me, because I will be a decent underdog.”

Before any possible showdown with Jones though, the 35 year old will have to get past Reyes this weekend, as the former 185lbs champion acknowledges, “I’ve just got to take care of Dominick Reyes first.”

Having gone 13-0 in his professional MMA career, including three UFC title defences, Weidman has lost four of his last five. He last fought almost one year ago, when he lost to ‘Jacare’ Souza at UFC 230, in the Fight of the Night. Jones is coming off another successful title defence at UFC 239, where he scored a hard fought split decision win over Thiago Santos.

Do you give Chris Weidman a chance against Jon Jones?