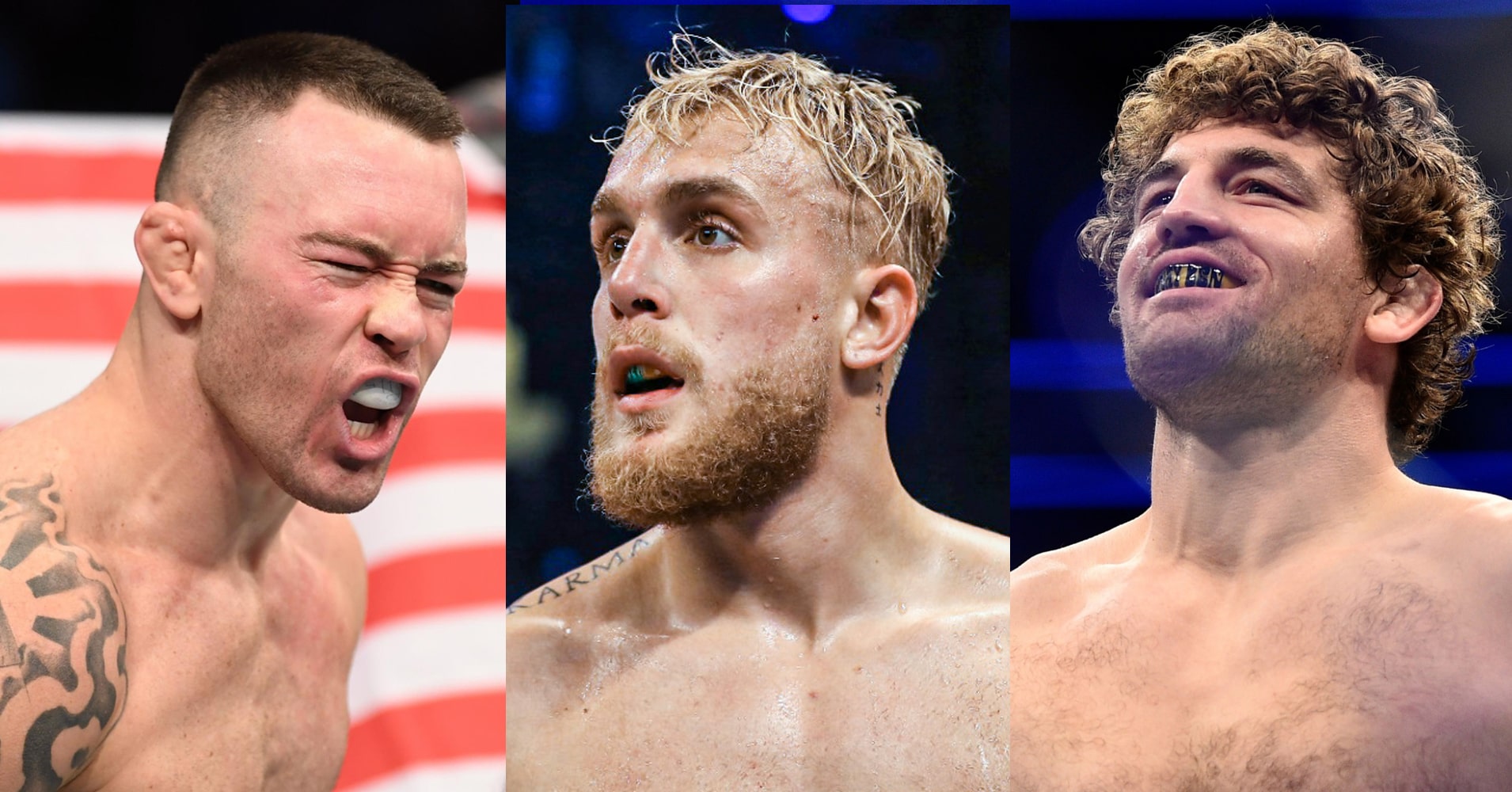 Askren, who hasn’t competed since losing to Demian Maia in 2019 and subsequently retiring from MMA, will be making his professional boxing debut. Paul is 2-0 in his early boxing career, and boasts wins over fellow YouTuber AnEsonGib and NBA superstar Nate Robinson.

Despite being an Olympian, a two-time NCAA Division 1 national champion, and a multiple promotion MMA world champion, Askren is the underdog against Paul. Those that have predicted that the entertainer is going to win include Demetrious Johnson and Joe Rogan.

Speaking to Helen Yee (as transcribed by BJPenn.com) however, Covington said that he’s backing Askren to win and hope he knocks out the YouTube sensation, who he thinks is an “embarrassment to society, and the MMA and boxing world”.

“Hopefully Ben goes out there and knocks out Jake Paul,” Covington said. “I’m just sick of hearing him talk. He’s just running his mouth and there’s no substance behind anything he says.

“I think he will [beat Paul], I think he’s just going to put that pressure on him. If he uses the clinch and just ties him up and just gets him tired, there’s no doubt he has a better gas tank than Jake Paul – some little YouTuber. The kid’s a complete joke, he’s an embarrassment to society, he’s an embarrassment to the MMA and boxing world in general. I hope Ben goes out there and shuts his mouth.”

Deserving Of A Title Shot

Askren recently raised objections over Jorge Masvidal getting the next title shot against UFC welterweight champion Kamaru Usman ahead of Covington, who he thinks is more deserving.

Covington said that Askren supporting him, despite their heated rivalry in the past, proves that he’s the most deserving of a title shot.

“Me and Ben have had a feud and he’s always talked s*** about me in the media,” Covington said. “We’ve exchanged not-so-nice words in the past and the fact that he’s coming out showing support for me shows that I deserve [the title shot] more than anybody right now and he knows that I’ve been putting in the work. He knows that Jorge Masvidal is scared to fight me.

“Since he ran from me for six months and was scared to fight me, how do you reward that guy and give him another title shot? It doesn’t make sense, I don’t think the fans are happy with it, I think they’re showing by their comments, their support of me, they want to see me back out there, they know I’m the best show inside the Octagon and outside the Octagon.”

Do you agree with Colby Covington, does Ben Askren beat Jake Paul on April 17th?