Cris Cyborg Says She Will Sign New Contract In A Month 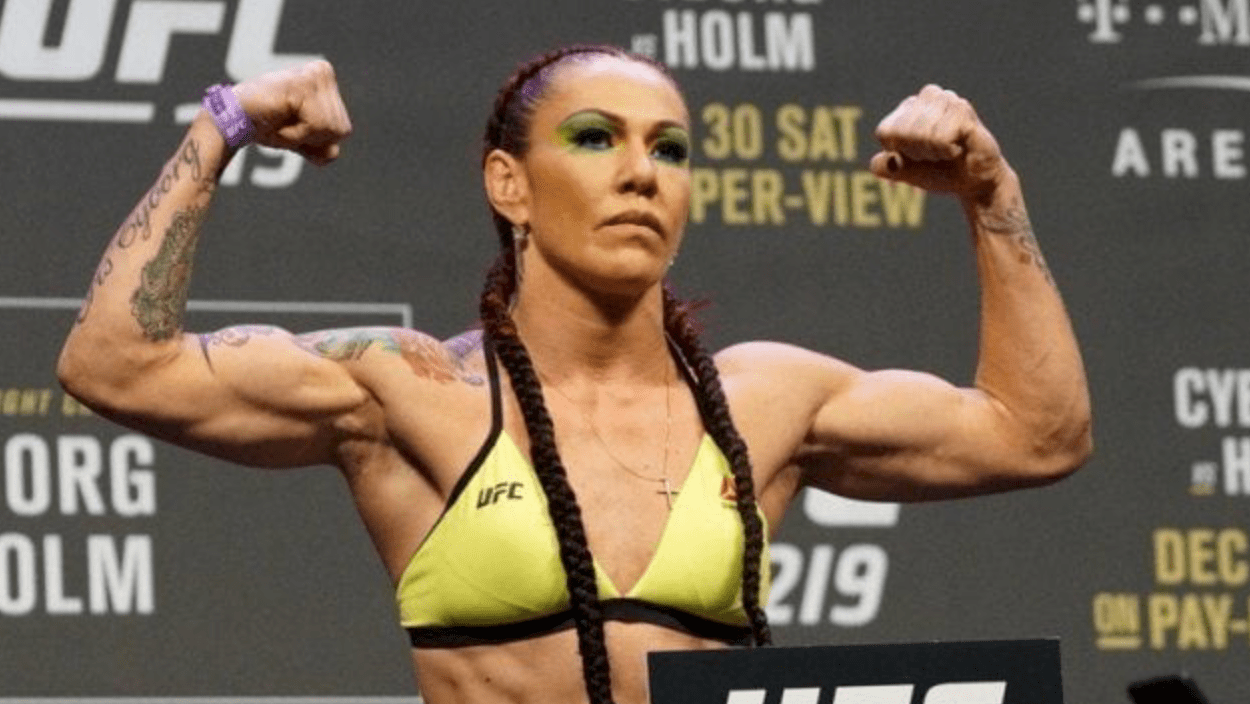 Cris Cyborg and Dana White had a highly publicized fall-out, resulting in her getting her termination papers from the UFC. The former UFC women’s featherweight champion hasn’t had the easiest of relationships with the UFC President. However, things reached a boiling point after her UFC 240 win against Felicia Spencer. Instead of celebrating her win, Cyborg was greeted with the news of her being unemployed.

Since then, Scott Coker has come out in her defense, and said he’d be more than happy to provide her with a new home. Coker and Cyborg go way back, when Cris became one of Scott’s marquee names under the Strikeforce banner. Now the two can reunite in Bellator MMA, especially with the promotion having a more legitimate women’s featherweight division.

Cris recently posted a video to her YouTube channel, giving the fans an update on her future.

“Everything I did, I was always feeling in my heart. I don’t regret anything”, Cris Cyborg said (transcript via MMA Fighting).

“[The UFC] is in the past. It’s in the past since my last fight. I put it in the past in my heart. I believe I made a lot in the UFC. I believe I’m one of the girls who fought in the UFC who has more wins than losses. I believe all places I’ve been had something special in it. With the UFC, I wanted to be fighting in the UFC. I went through all the hard time cutting weight to make my division and they made it. Amanda is the champion, there is a division. Every moment of my life I start a project and the UFC project was to have my division. I put an effort to get down to the division, I made it, and there is a division now.”

Cyborg also said she believes she and Nunes will cross paths again, whether it is in the UFC or somewhere else.

“Who knows? Maybe if we meet in another place,” Cyborg said. “For sure I want the rematch but if it doesn’t happen now, I believe in God’s time. Everyone knows that my relationship with Dana White is something that is not healthy for anyone. It became personal. When that happens, the best is to be apart and move one.”

With Coker being a big advocate of Cris, and other promotions such as RIZIN FF and ONE Championship making big moves recently, the former featherweight champion does not have limited options.

“I believe I’ll sign my new contract in less than 30 days”, Cyborg said. “I’ll be online to tell everybody about my new place where Cyborg will be welcome. I have to thank Dana for sending me a letter two days after my win. It really helped me to negotiate.

“I’ll be back to Brazil soon, for sure. It’s part of my plan for the new contract I sign and I am very happy.”

Cris Cyborg also teased her fans about Bellator MMA, before correcting herself and playing it off as a joke.

“I’ve passed through many cycles already and in a cycle there is always beginning, middle, and end”, Cyborg said. “Invicta had an end Bellator – no, [laughing] not Bellator yet – the UFC had a beginning, middle, and end. Strikeforce. So I’m starting a new cycle. I’m happy, anxious, looking forward to starting. It’s good to start new projects and I’m looking forward to that.”

“When I ended my cycle with the UFC, I had two choices”, Cyborg said. “The option I chose, where I am now is the option where I see my future grow. I’ll be fighting more times a year, I won’t have any trouble, I’ll be happy. That’s what I see.”