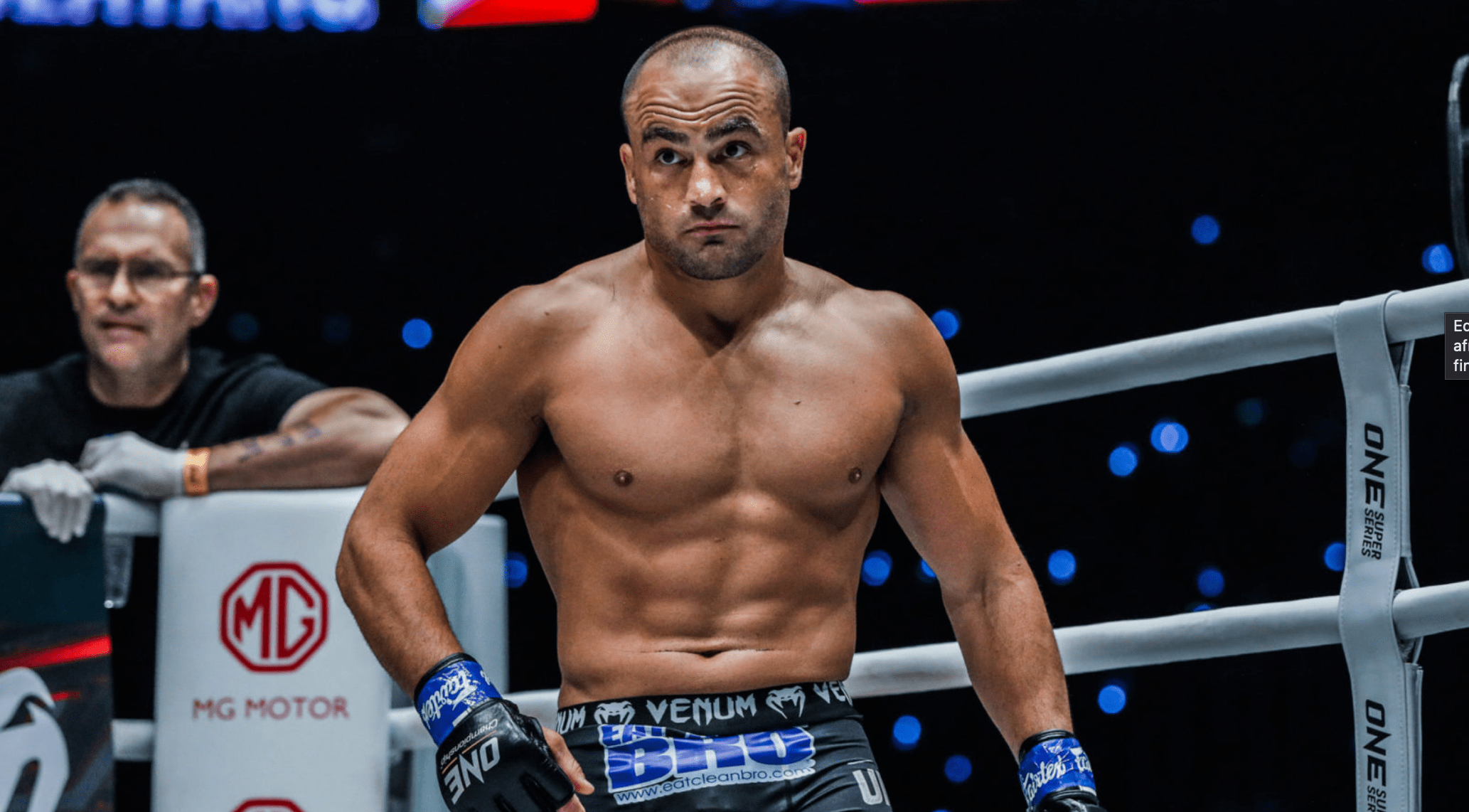 Eddie Alvarez is scheduled to make his long awaited return at ONE on TNT 1 on April 7th. It’s been 18 months since he last competed at ONE: Dawn Of Heroes, when he pulled off a comeback submission victory against the former champion, Eduard Folayang

“The Time Off Is Always A Blessing”

Alvarez will be part of a historical landmark as ONE Championship will be broadcast on US primetime television for the first ever time. Speaking to MMA Fighting, ‘The Underground King’ said that the prolonged inactivity has him a little nervous ahead of his return to the ONE Circle.

“I’m on edge a little bit because I’m not used to having this much time off,” said Alvarez. “There’s pros and cons. I’ve been fighting 20 years, I’ve had promoters breathing down my neck for a fight for 20 years, so it’s not bad to have a year where someone isn’t, ‘Hey, you’re gonna fight this guy, you’re gonna fight that guy.’ The relief of pressure is good, kind of helps you miss it. Just gives you a chance to have gratitude toward it, that you’re lucky to get the fight. Sometimes you can grow bitter in this dangerous sport and start to look at a lot of bad things, because there’s a lot of bad things involved. It makes you miss it. It makes you understand you’re lucky to compete at a high level. The time off is always a blessing.

“This is the third time in my career where I had a stint over a year where I had to sit and sit at ease and be patient. I always come back rejuvenated, stronger, with a stronger mind and a better outlook on fighting.”

Having not competed for the entirety of 2020, Alvarez believes that the layoff has given him time to reflect back on his career. In his long list of MMA accolades, the 37-year-old has won UFC and Bellator lightweight world titles. But it hasn’t all been smooth sailing for him.

“The last 20 years have been a culmination of that,” Alvarez said. “I remember being undefeated, 10-0, thinking that I don’t want to fight anymore. The pressures of the sport can get to someone, it can get to anyone. It can get to the guy who’s undefeated, smashing everyone. It can get to the guy who’s on a two-, three-fight skid streak. So understanding that it’s kind of all mind-made and sometimes you need to step outside of yourself or just not compete for a little bit and rejuvenate, that’s sort of the thing. Just being aware of why you’re feeling what you’re feeling.

“I used to think I’m feeling this way, it’s not normal, I should want to fight. But it’s completely normal. This sport’s f***ing dangerous. It’s nothing to mess with. Three years ago I realised I was at peace for a little bit and then I realised I was scared for the past 13 years. I didn’t realise until I felt peace that I was actually scared for about 13 years. It’s super highly emotional and it’s normal to want to quit. It’s normal, completely normal. I’ve wanted to step outside and I’m like, ‘What are you doing, man? This is part of who you are.’ It’s a normal feeling. It doesn’t mean you have to follow through with it.”

Standing opposite the ONE Circle from Alvarez will be former ONE lightweight title challenger, Iuri Lapicus. The Moldovan-Italian holds a 14-1 record, and has showcased his slick submission skills. The Philadelphia native believes a win at ONE on TNT 1 will bring him one step closer to a shot at the ONE lightweight title.

“[Lapicus] was undefeated,” said Alvarez. “He’s a hell of a fighter. Judo background, he trains with one of the best strikers in the world, Giorgio Petrosyan, who I’ve looked up to my whole career. He’s in a great camp and he has all the chops to become a champion eventually. Right now, I have blinders on and I have history to make and he’s in my way. He’s on my way to my title shot, which I feel with a big win over him, a big, impressive win over him I should be able to get a title shot and then move on to make history.”

Bringing ONE To The United States

Having fought in Bellator and the UFC for almost ten years, Alvarez is a household name in the US. Now he wants to use his star power in his home country to help elevate ONE Championship’s popularity there.

“When I signed with ONE, this is what we discussed,” Alvarez said. “It’s everything I envisioned. I wanted to go to Asia and compete for my fans there, they’re kind of who got me started and got me well known back in the DREAM tournament. So I wanted to compete for them, but the endgame was always to come to the United States.

“This is the beginning step. Primetime television on TNT. To kind of give the fans a taste of what ONE Championship is about, what the production’s like, and the fighters, and I think once they kind of dip their toes in and understand the promotion and the level of athletes that are going to fight, I think everyone will be all in here in the United States.”

“Keep It As Violent As Possible”

Despite his inactivity, Alvarez wants to show fight fans that he still competes with the same ‘violent’ fighting style.

“It’s always high pace,” he said. “We keep it as violent as possible. Nobody on an Eddie Alvarez fight is gonna go grab popcorn. From minute one to the end of the bell, I’m out there to execute, to eliminate my opponent and to move on to the next one. It’s no different.

“I’m not the most violent man in this sport for no reason. There’s a reason for it. So tune in, it’s TNT and it’s April 7th, and we’re gonna make a splash here in America.”

Who do you have winning when Eddie Alvarez faces Iuri Lapicus at ONE on TNT 1?