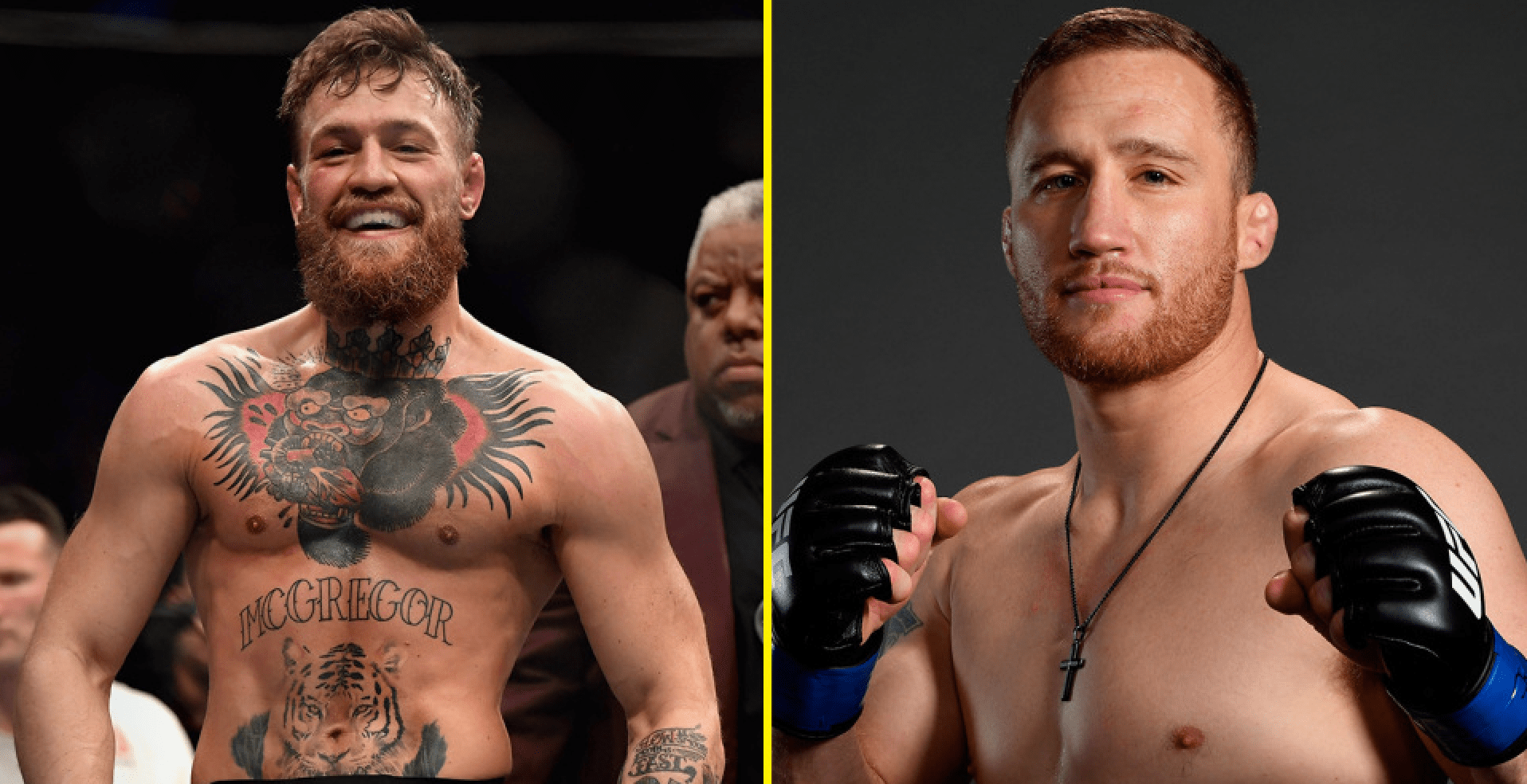 Although Justin Gaethje has an October 24th title fight date with Khabib Nurmagomedov at UFC 254, that hasn’t stopped fans from discussing a potential fight between ‘The Highlight’ and the currently ‘retired’ Conor McGregor. And it’s not just the fans, Georges St-Pierre’s long term coach Firas Zahabi, has also given his thoughts on the potential lightweight matchup.

While speaking on his Tristar Gym YouTube channel (transcribed by Bloody Elbow), Zahabi explained why he believes McGregor would have the upper hand against Gaethje.

“They’re both good punchers. McGregor is a better counter puncher,” Zahabi stated. “He has a longer reach. He’s quicker. He has better eyes. He has better reflexes. I would pick Conor to win the striking.

“I really like McGregor for the stand up,” Zahabi reiterated. “Will Gaethje take him down and ground and pound him? I don’t know if he has the jiujitsu to do it. From all the Gaethje fights that I’ve seen, he doesn’t do it. He uses wrestling in reverse. Somebody remind me of a Gaethje fight where he takes the guy down and Khabibs him. I can’t think of one.

“I just think McGregor would out punch him, out strike him completely. He’ll out kick him, out knee him. He’ll just outdo him striking, and he will win.”

Gaethje is known for his crippling leg kicks. Zahabi however, believes that these could backfire against McGregor.

“There’s the low kick issue,” Zahabi said. “The low kick from Gaethje is a very dangerous weapon. However, because they’re in open stance — McGregor the southpaw, Gaethje the righty — it’s very hard to land that low kick. McGregor’s right tibia would be pointing into the right angle to block and shield and hurt the kicker’s leg.

“It’s harder to low kick against a southpaw. I’m not saying it’s not doable. It is doable, but the way Gaethje is doing it, it’s not going to be there as much. If he throws it, he’s probably going to get countered by the left. You’re more open to be countered by the cross against the southpaw than a righty.”

While Zahabi would back McGregor to get the win, he wouldn’t rule out Gaethje surviving Conor’s early onslaught to grind out the ‘W’.

“Could Gaethje survive the tornado, the blitzkrieg of McGregor early on then come back? Yes, that’s a possibility. I could see him winning that way, but McGregor is going to be hard to beat.”

Conor McGregor had another run in with the law this past weekend. The Agence France Press reported that the Irishman was arrested and later released in Corsica, France, after a complaint was filed against him for alleged attempted sexual assault & exhibitionism.

What do you think of Firas Zahabi’s analysis of a potential matchup between Conor McGregor and Justin Gaethje?