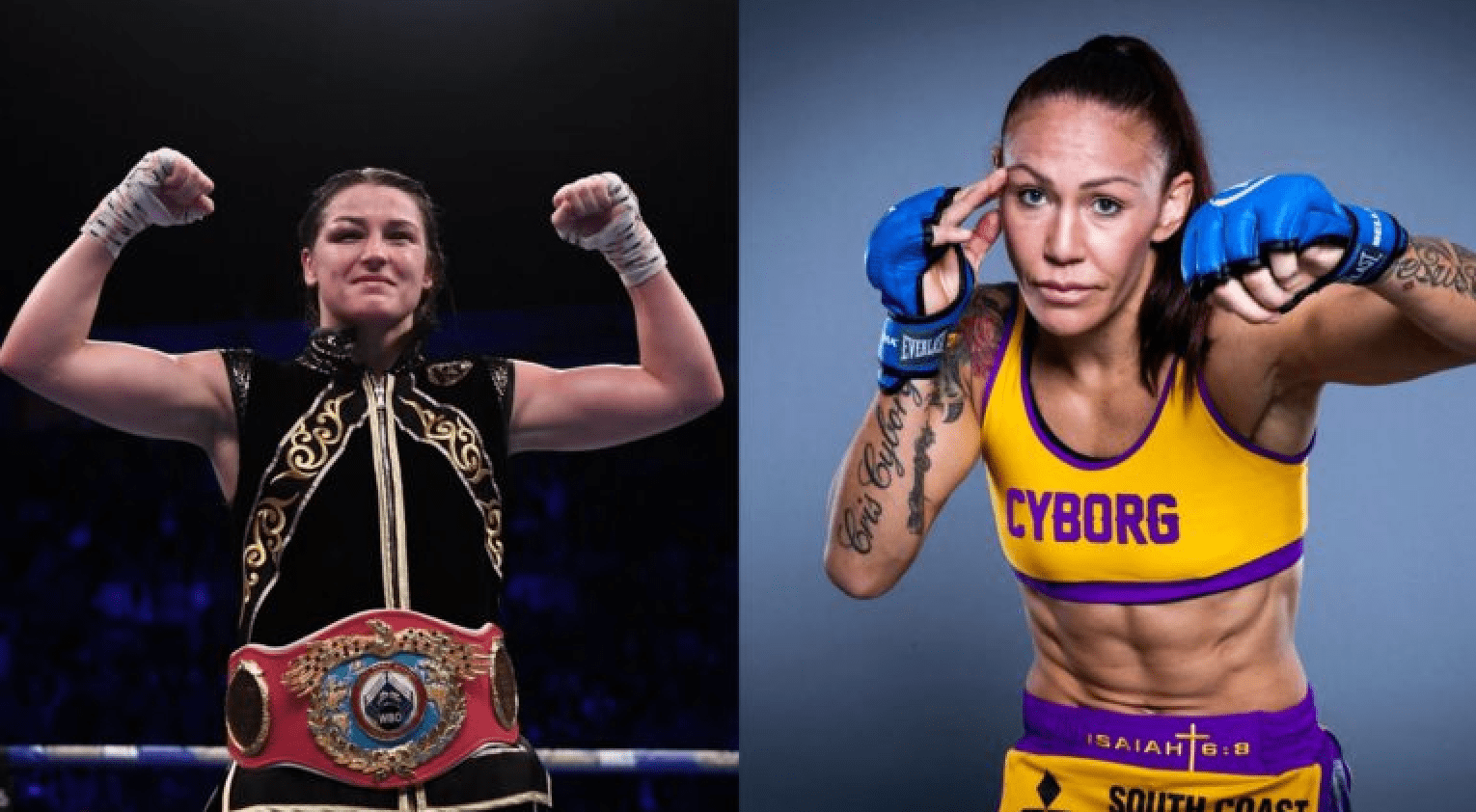 Speaking on the Matchroom Boxing’s official Youtube channel (as transcribed by The Mac Life), Hearn mentioned several names who could potentially step up and challenge Taylor next, including ‘Cyborg’ who is the current Bellator featherweight champion.

“[Taylor] has only boxed once this year, and she would like to box twice this year, and it’s our aim to do that,” Hearn said. “She does have an outstanding mandatory with Miriam Gutierrez, the Spanish interim WBA world champion, and the WBA have been calling that for a while. They allowed the [Delphine] Persoon fight for undisputed, but we will have to deal with that at some stage. Some people even talking about a potential Natasha Jonas fight, some people talking about a [Jessica] McCaskill fight, and also I think we have to start looking at those big crossover fights.

“I like a fight against ‘Cyborg’. A crossover fight. ‘Cyborg’ is a very competent boxer as well, and I think that’s a huge, huge fight. Katie’s at the stage now where she’s achieved so much. She boxed here for the undisputed, she filled out Madison Square Garden for the undisputed championship, she’s unified in Boston, she’s unified in Philadelphia, she’s boxed at Wembley stadium, she’s boxed at the Millennium stadium, she’s virtually done it all, so.”

Speaking to the media ahead of Bellator 245, Coker said that he would support ‘Cyborg’ in whatever she wants to do. But under one condition.

“You know what, I will be thrilled because this is a goal that is important to Chris ‘Cyborg’,” Coker said. “She told me when I signed her a year ago that she wants to box and become a boxing world champion. And here we are being approached by three or four different females to fight.

“But you know, having a boxing fight, a boxing title under her belt is something she that wants to do. My only request is win, lose or draw, wherever she fights, we’ll reciprocate and come fight in MMA after the boxing match in six months. Then it’s fair. To me, then its fair and then we will support it and get behind it, but you know, at the end of the day if this is what she really wants to do, we’ll support her.”

‘Cyborg’ last saw action January at Bellator 238, where she captured the women’s featherweight title by stopping Julia Budd. The Brazilian has won titles in Strikeforce, Invicta FC, the UFC and now Bellator; and has only lost twice in 24 fights.

Earlier today, Bellator announced that ‘Cyborg’ will defend her Bellator featherweight title against Arlene Blencowe at Bellator 249 on October 15th.

Who do you think would be victorious if Katie Taylor and Cris ‘Cyborg’ squared off in the boxing ring?