Gaethje On Khabib Fight: It’s Going To Be A Battle For The Ages 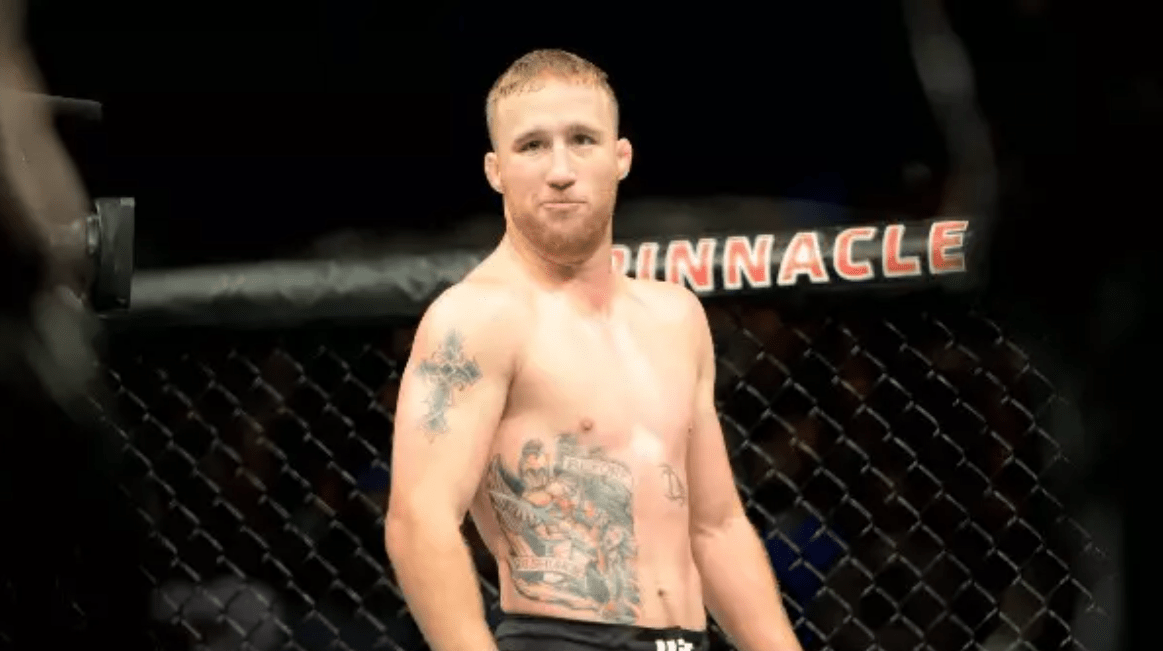 Justin Gaethje knows exactly what to expect when he meets Khabib Nurmagomedov in the UFC 254 main event. Based on previous performances, the 31-year-old knows full well the threat the Dagestan native will bring to the Octagon on October 24th.

While many believe Gaethje will prove to be the toughest test of Khabib’s career, there are those that believe the undefeated champion will bulldoze through him like he has his last 28 opponents. ‘The Highlight’ however, believes he has the game plan and skill set to ensure he doesn’t become victim number 29.

While speaking with Michael Bisping on his ‘Believe You Me’ podcast (transcribed by MMA Fighting), Gaethje said he plans on doing what we have seen from him over and over again in the past, create a war.

“We’re not wrestling anymore,” Gaethje said. “There’s gonna be a zone in front of me, it’s not very big. It’s gonna be a zone of death, and I have to represent death every time he enters this zone. That’s what I’m the best at, creating carnage. Creating car crashes.

Gaethje has only lost twice. The first to the former champion Eddie Alvarez at UFC 218, and then to Dustin Poirier a few months later at UFC Glendale. Since then, the former WSOF lightweight champion has finished all four of his opponents. Including Tony Ferguson in his last outing at UFC 249, which saw him win the UFC interim lightweight title.

Khabib has said that he plans to retire at 30-0, with his final fight being against Georges St-Pierre ideally. As we saw in Gaethje’s last appearance however, we know he is more than capable of ending historic win streaks.

With only two losses between the two, Gaethje believes that his UFC 254 main event with Khabib will be ‘a battle for the ages’.

“It’s a fight,” Gaethje reiterated. “We watch this sport and we understand that there’s levels, me and Michael really understand that there’s levels, and this is a fight on the highest level. There is no fight with more skill sets, other than submissions – you could bring submissions to the table, but who the f*** needs that? Outside that, this represents the pinnacle of the sport. He’s 28-0. I have two losses, both of those were fights of the year.

“I have never not come out of the cage without my opponent being absolutely broken from physical damage. He’s never walked out with a lot of physical damage, so we’re going to see who can impose their will and only one of us will. I do think it’s going to be a battle for the ages.”

When asked if he has seen any weaknesses in Khabib’s game that he can exploit, Gaethje said that his interest has been more on the psychological side.

“I think his biggest weakness is I believe that he thinks he’s infallible,” Gaethje said. “I think if you told him that or brought it to his attention, I believe that he would be very good at explaining to you how he does not believe that, but I believe that he surrounds himself with people who stroke his ego. I believe that culture – this is what I’m counting on anyways – they can stroke your ego, I’ve seen it. I’ve seen it over there. I’ve seen fighters really just surround themselves with a posse that really pumps them up and jacks them up.

“At the end of the day, he breathes oxygen. His brain needs to get oxygen. If I can short-circuit that oxygen supply for half a second, then he’ll go to sleep.”

Do you think Justin Gaethje will be the first man to defeat Khabib Nurmagomedov, when they meet in the UFC 254 main event?