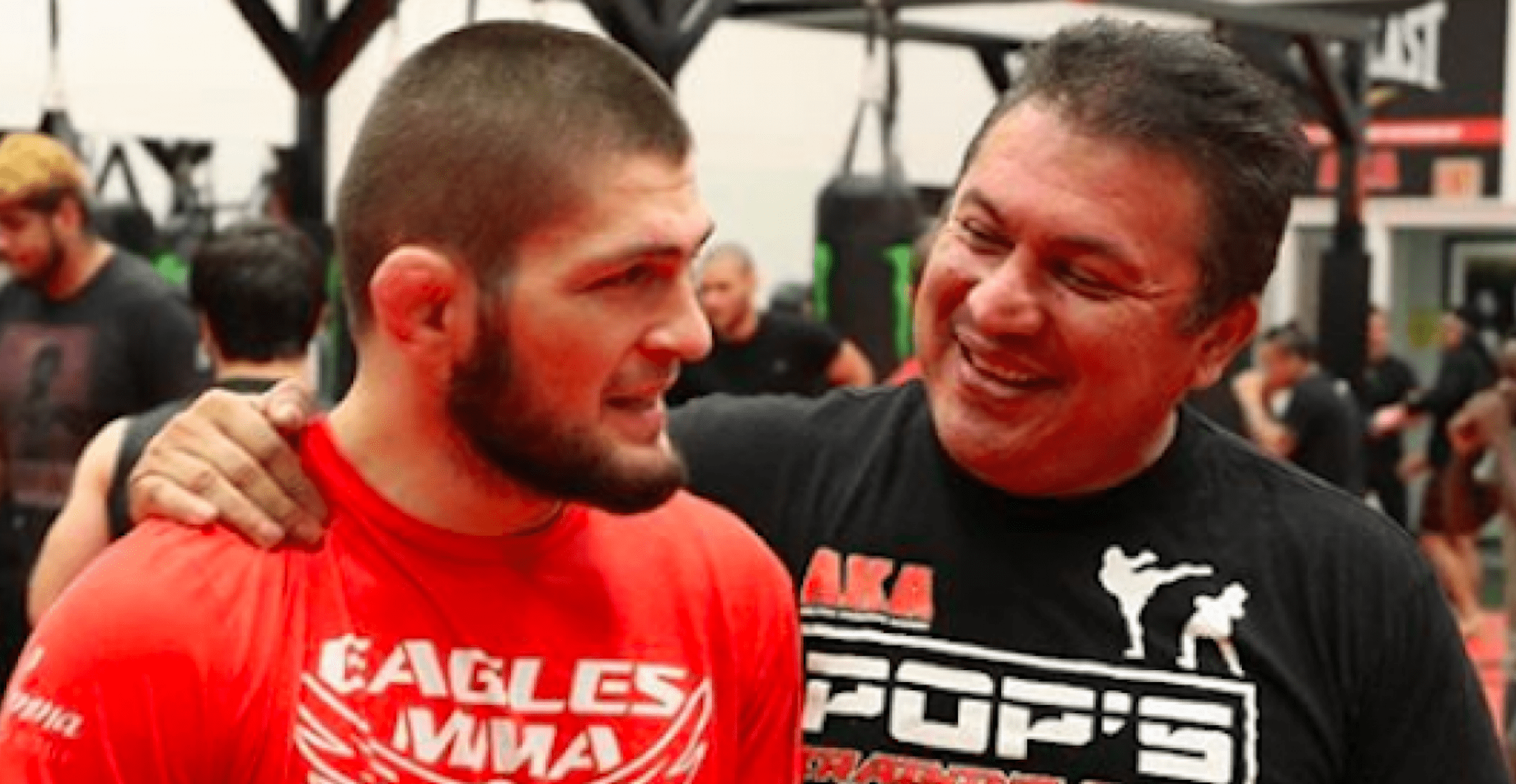 AKA head coach Javier Mendez isn’t ruling out the possibility of former UFC lightweight champion Khabib Nurmagomedov coming out of retirement within the next couple of years.

Khabib retired from MMA after successfully defending his title against Justin Gaethje at UFC 254 last October, a few months after his father Abdulmanap Nurmagomedov passed away due to COVID-related complications.

In his post-fight interview, Khabib said that ‘there’s no way’ he could continue fighting without his father, and that he promised his mother his fight with Gaethje would be his last.

The 32 year old’s announcement came as a shock to many, including Dana White, who pursued him for months after UFC 254 in hopes of luring him into fighting again. After multiple unsuccessful meetings however, the UFC president finally gave up in February.

Speaking to Betway Insider, Mendez said that his relationship with Khabib is stronger than a typical coach-fighter one, and if there’s one thing he’s noticed in his student since his retirement, it is that he misses the fight game.

“I guess you could say he wants to fight again – but absolutely not because his mother would have to give him permission before any of that. I mean, he misses training, he misses coaching,” Mendez said. “I took it as he misses being around me and coaching. Our relationship is more than fighting, that goes beyond fighting. It’s not a relationship like: ‘Okay I’m done with my career, you know, my coach and I were just distant friends.’ No. We’re family, we grew with each other. They’re family to me and we’ll be in each other’s lives for the rest of our lives.”

Having spent a lifetime training and competing in different disciplines of combat sports, Mendez believes it’s only natural for Khabib to miss fighting.

“Yeah it would be unnatural,” Mendez said of Khabib’s life outside of fighting. “He loves the fighting, the energy, and he loves watching his cousins and his teammates perform. He gets nervous for them. You know, when we went to the last fight and his cousin Abubakar was to fight, he just got all energised and he said ‘I miss this feeling’. And it’s a feeling that he’s gonna miss for a while because of that adrenaline you get from entering that Octagon with all those people cheering you on. It’s hard to replace that in normal life because normal life is not like that.”

Mendez however, also understands that the Dagestani superstar won’t make a potential comeback without his mother’s blessing.

“I don’t talk to him about if he’s tempted to get back in, so I don’t know,” Mendez said. “What I do know is his mother’s bond and his mother’s wishes are extremely important to him and if he did ever decide, it would have to be his mother and him talking, and his mother would have to give him her blessing. Even if he wanted to fight, it’s never gonna happen. He will not disobey his mother, he will not. That’s just who he is.”

Although he acknowledges that the chances are slim, Mendez isn’t completely ruling out the possibility of Khabib making a potential comeback while he’s still in his prime.

“I wouldn’t bet against it, but I know there is a possible situation that I could see. If there was something that would bring him back, it’s him still being in his prime and him and his mother talking.”

Do you think we’ll ever see Khabib Nurmagomedov fight again?