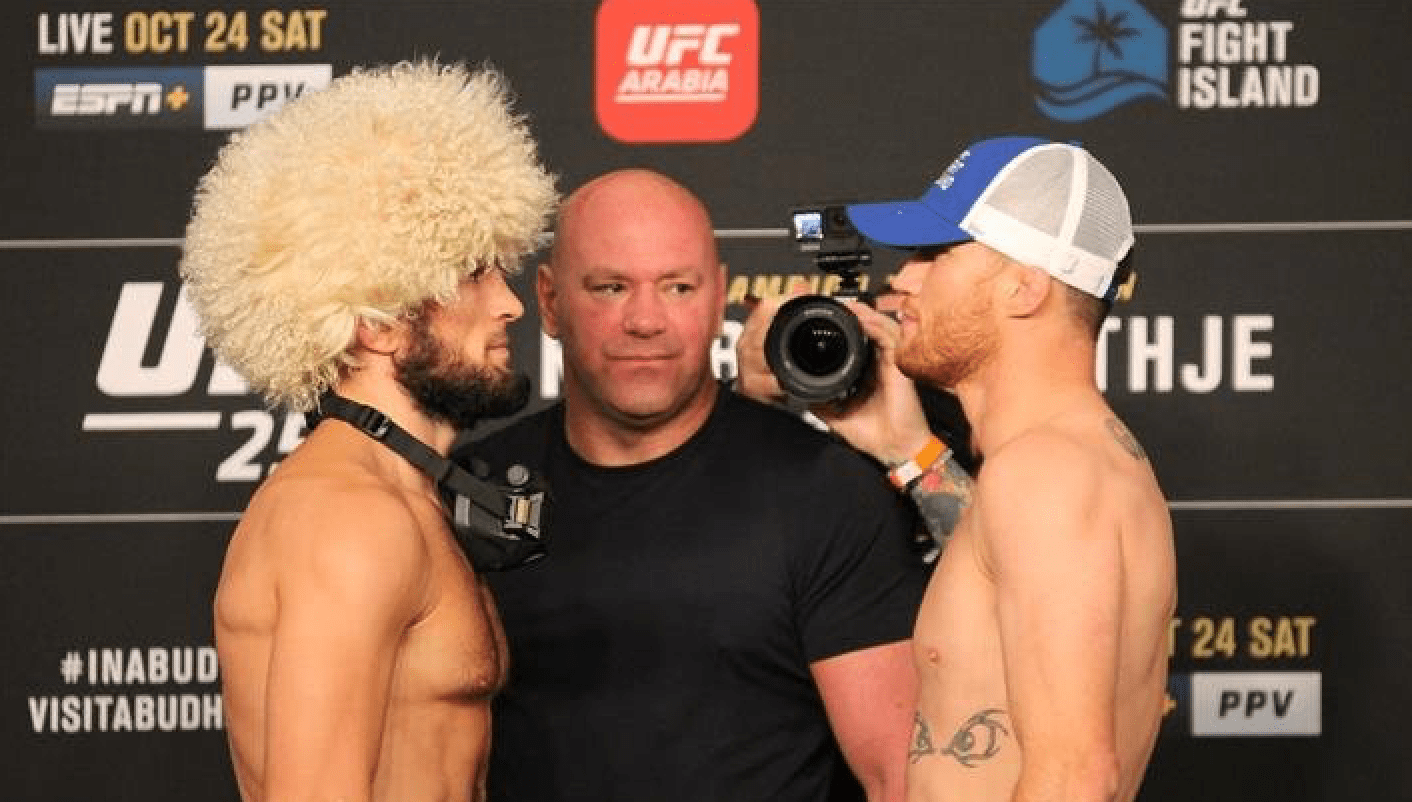 UFC 254 goes down this weekend on Yas Island in Abu Dhabi. The promotion’s fifth and final event in their second stint on Fight Island will see the hugely anticipated lightweight unification bout between the defending champion Khabib Nurmagomedov, and the interim champion, Justin Gaethje.

After Khabib was ruled out of his title defence against Tony Ferguson at UFC 249 due to travel restrictions, Gaethje stepped in to face ‘El Cucuy’ for the interim title, and won via fifth round TKO. ‘The Eagle’ hasn’t fought since UFC 242 a year ago, where he successfully defended the 155lbs title by submitting Dustin Poirier in the third round.

If the main event wasn’t enough to look forward to, UFC 254 co-main event will see the number one ranked UFC middleweight Robert Whittaker, take on the number two, Jared Cannonier. A title shot against Israel Adesanya most likely awaits the winner.

Elsewhere on the card, Alexander Volkov and Walt Harris face off in an exciting top ten heavyweight clash, and Magomed Ankalaev and Ion Cutelaba finally get to run it back. Their first fight ended controversially at UFC Norfolk and the rematch has been postponed three times since.

Miranda Maverick defeats Liana Jojua via first round TKO – doctor’s stoppage due to a cut (5:00)

This is how the MMA world reacted to UFC 254 and Khabib Nurmagomedov’s retirement:

The UFC returns to Las Vegas, Nevada next week for UFC Vegas 12, which will feature Anderson Silva vs Uriah Hall in the main event.