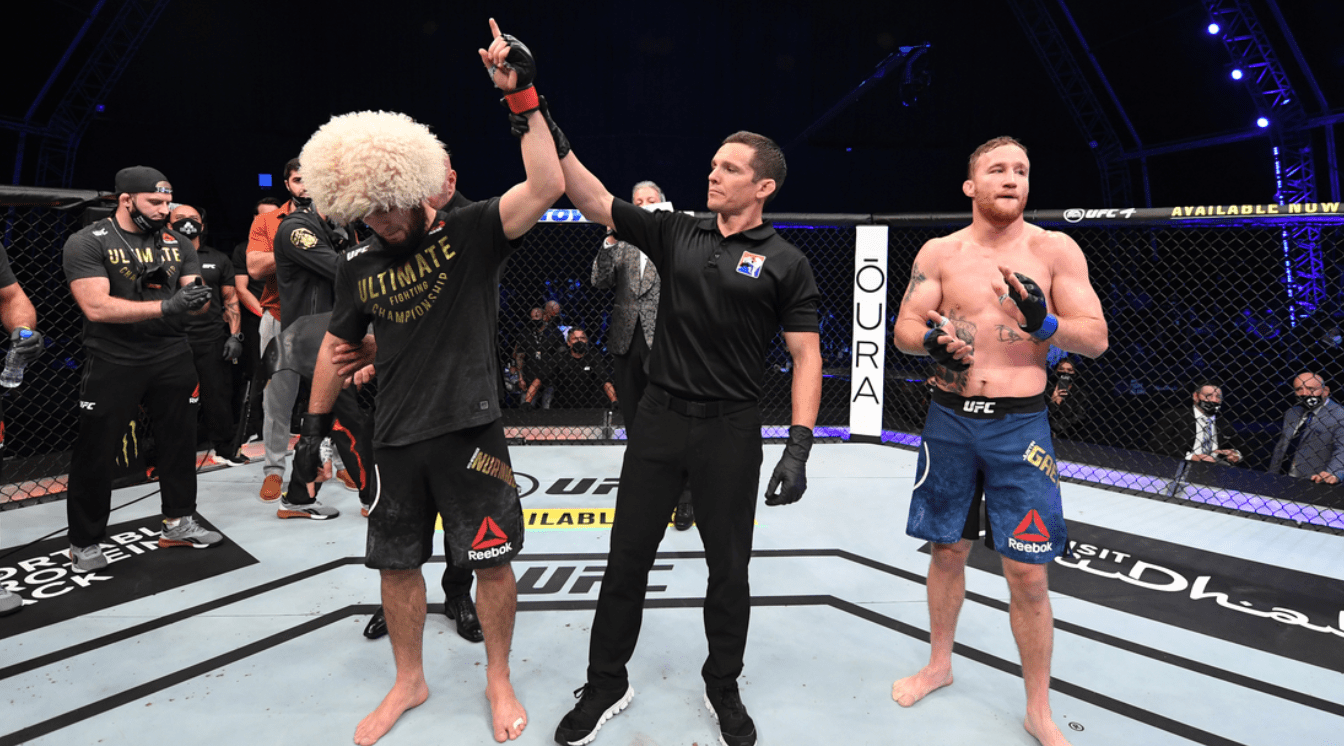 UFC 254 went down this weekend on Yas Island in Abu Dhabi. In the main event, Khabib Nurmagomedov put on arguably the best performance of his career to choke out Justin Gaethje in the second round. In his post fight speech, he announced his retirement from MMA. The Dagestani 32 year old leaves the sport with a perfect 29-0 record.

In the co-main event, Robert Whittaker looked back to his best, as he beat Jared Cannonier via unanimous decision. The impressive win likely earned him the next title shot against Israel Adesanya, and a chance to reclaim the middleweight title.

Elsewhere on the UFC 254 main card, Alexander Volkov scored a second round TKO over Walt Harris on his 32 birthday, Phil Hawes needed only 18 seconds to win his promotional debut against Jacob Malkoun, Lauren Murphy staked her claim for the next title shot in the flyweight division by earning the first ever submission win of her career against Liliya Shakirova, and Magomed Ankalaev finally ended his rivalry with Ion Cutelaba in emphatic fashion.

You can see the full results and post fight videos from UFC 254 here, and the Performance of the Night bonus award winners here.

This is how the MMA world reacted to UFC 254:

The UFC returns next weekend with UFC Vegas 12, which will be headlined by Anderson Silva vs Uriah Hall.