Khamzat Chimaev: I Can Beat Israel Adesanya And Jan Blachowicz 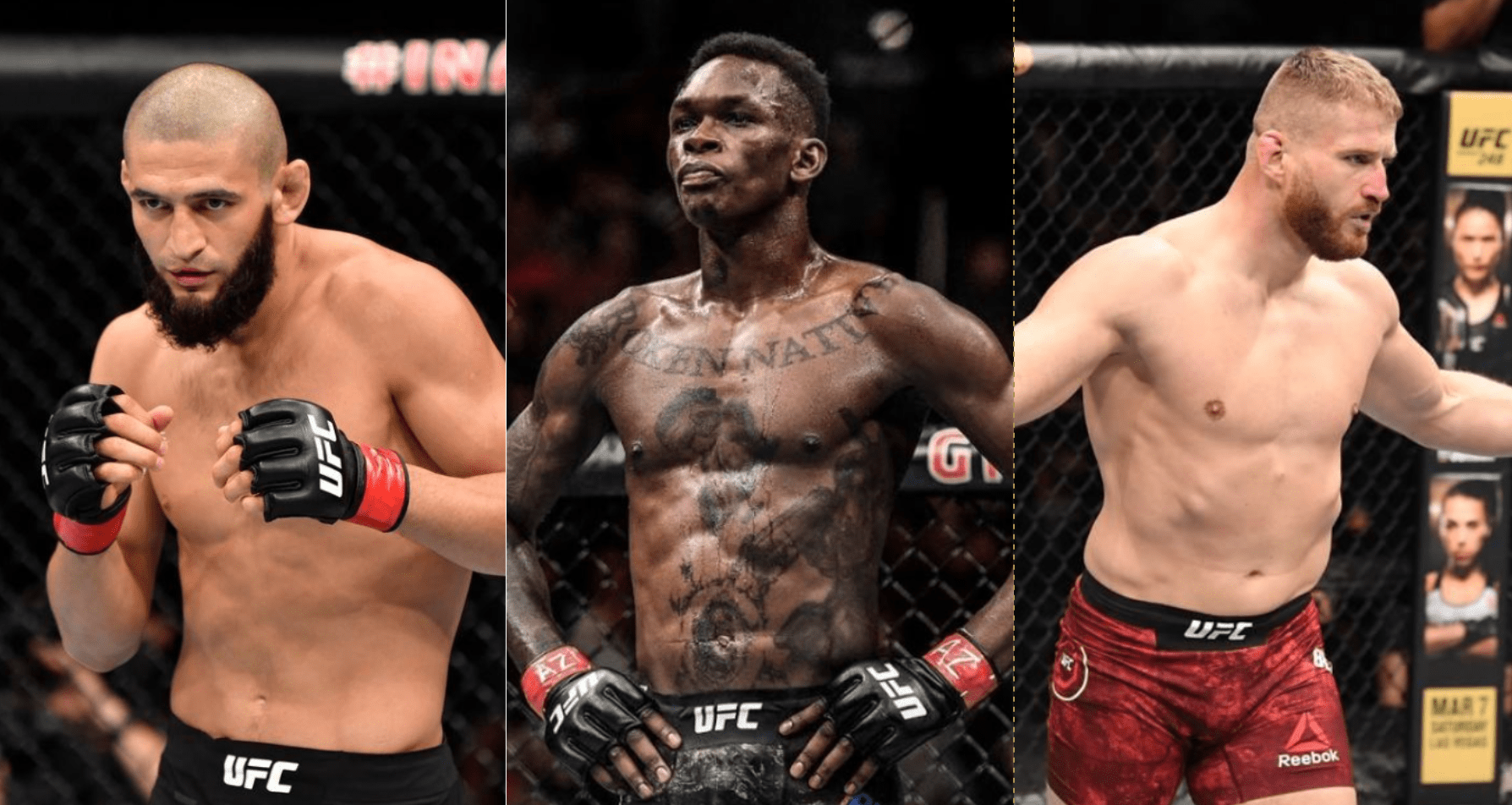 After bursting onto the UFC scene last year with three ferocious, dominant wins in 66 days, Khamzat Chimaev’s promising run has come to a temporary halt due to COVID.

Chimaev was booked to fight top-five contender Leon Edwards last December at UFC Vegas 17, but the fight was cancelled after the Brit tested positive for COVID. ‘Borz’ also contracted the virus at the end of last year, but unlike ‘Rocky’, he’s been struggling to recover from it.

Edwards vs Chimaev was rescheduled twice this year, at UFC Fight Island 8 and UFC Vegas 21, but the breakout star was forced out due to lingering effects of COVID both times. During the past few months, the undefeated prospect has had multiple hospital visits due to his illness.

Fortunately, Chimaev is feeling better now. Speaking to ESPN, the 26 year old said that he can’t wait to get back inside the Octagon and ‘smash somebody’.

“If you are sick, you cannot think about [a] fight,” Chimaev said. “I was thinking, ‘One month, sick. Then still, two months. When am I going to be finished with this s***?’ I’m healthy now, hungry again. I want to get back and smash somebody and make money.”

After Chimaev was forced out of his third scheduled fight with Edwards, UFC president Dana White flew him out to Las Vegas for treatment. The Russian born Swede recently return back to Chechnya though, and immediately underwent surgery.

“When I come back to my country, they helped me and did an operation that took some stuff, I don’t know how to explain in English,” Chimaev said. “Now, I feel much better. I can’t wait. I am more than 93 kilos (205 pounds), feeling stronger. I just started to train with my team, and I will find [an opponent] to kill.”

After a training session while he was still in Las Vegas last month, Chimaev coughed up blood, which distressed him to such an extent that he announced his retirement on social media. He later backtracked from his decision though after reassurances from Dana and the Chechnya leader, Ramzan Kadyrov.

“When I go to sparring, I told [manager Ali Abdelaziz], ‘I’m only going to do pads,’ but this was lying,” Chimaev said. “I jumped in grappling sparring, did three rounds. Feel bad in my chest, I said, ‘Coach, I go out.’ I go home and start to [cough] blood. I was never scared about my life. I’m scared about what my mom is going to do after I die. My mom, my brothers — I was thinking, ‘What are they gonna do after I die?’ I start with this MMA s*** because of my family. I want to make some good life with them.”

Despite his previous health concerns, Chimaev believes his decision to continue fighting was the right one, and says he can’t wait to return to the Octagon and prove his doubters wrong.

“I think it’s [the] right decision,” Chimaev said. “I only did [three fights in the UFC]. I didn’t show who I am. People still talk, ‘Ah, he beat bulls*** guys.’ That makes me [feel] inside somewhere — now I have to show these people who I am and smash everybody, take my belt. I am MMA Mike Tyson. MMA Muhammad Ali. I’m going to show everybody.”

‘I Can Beat Jan Blachowicz And Israel Adesanya’

Having training partners in Alexander Gustafsson and Ilir Latifi in Sweden, Chimaev is confident that not only does he beat UFC middleweight champion Israel Adesanya, but he would also dethrone the light heavyweight champion, Jan Blachowicz.

“I can go fight at [light heavyweight]. I have sparred with the guys who are the top ten at [205lb],” Chimaev said. “I don’t want to say their names, but the guys know when they spar with me, what is happening there.

Who would you like to see Khamzat Chimaev fight in his return to the Octagon?