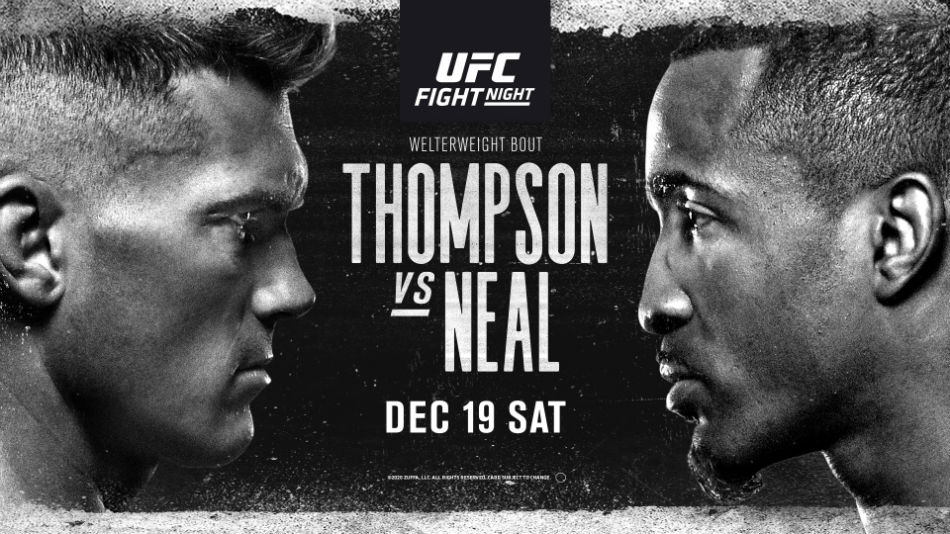 UFC Vegas 17 goes down Saturday night at the APEX Center in Las Vegas. The promotion’s last card of a turbulent 2020 was originally scheduled to be headlined by Leon Edwards vs Khamzat Chimaev. However, after the Brit tested positive for the coronavirus, the 170lbs clash has been moved back to UFC Fight Island 8 on January 20th. The top 15 welterweight contest between Stephen Thompson and Geoff Neal will now feature in the main event.

Thompson hasn’t fought in just over a year, since beating Vicente Luque by unanimous decision at UFC 244. The convincing performance earned ‘Wonderboy’ a Fight of the Night bonus. Neal meanwhile, is on a seven fight win streak, having not lost since he fought Kevin Holland four years ago at Xtreme Knockout 34. His most recent win came against Mike Perry a year ago at UFC 245.

In the UFC Vegas 17 co-main event, former UFC featherweight champion Jose Aldo, will look to get back to winning ways against Marlon Vera, who is fresh off his win against Sean O’Malley at UFC 252. Elsewhere on the stacked card, Michel Pereira faces ‘Khaos’ Williams, Marlon Moraes goes up against Rob Font, and Marcin Tybura takes on Greg Hardy.

This Is How The MMA World Reacted To UFC Vegas 17:

We will continue to post more videos in the coming hours.

The UFC will return on January 16th with UFC Fight Island 7, which will see a top six featherweight clash between Max Holloway vs Calvin Kattar in the main event.