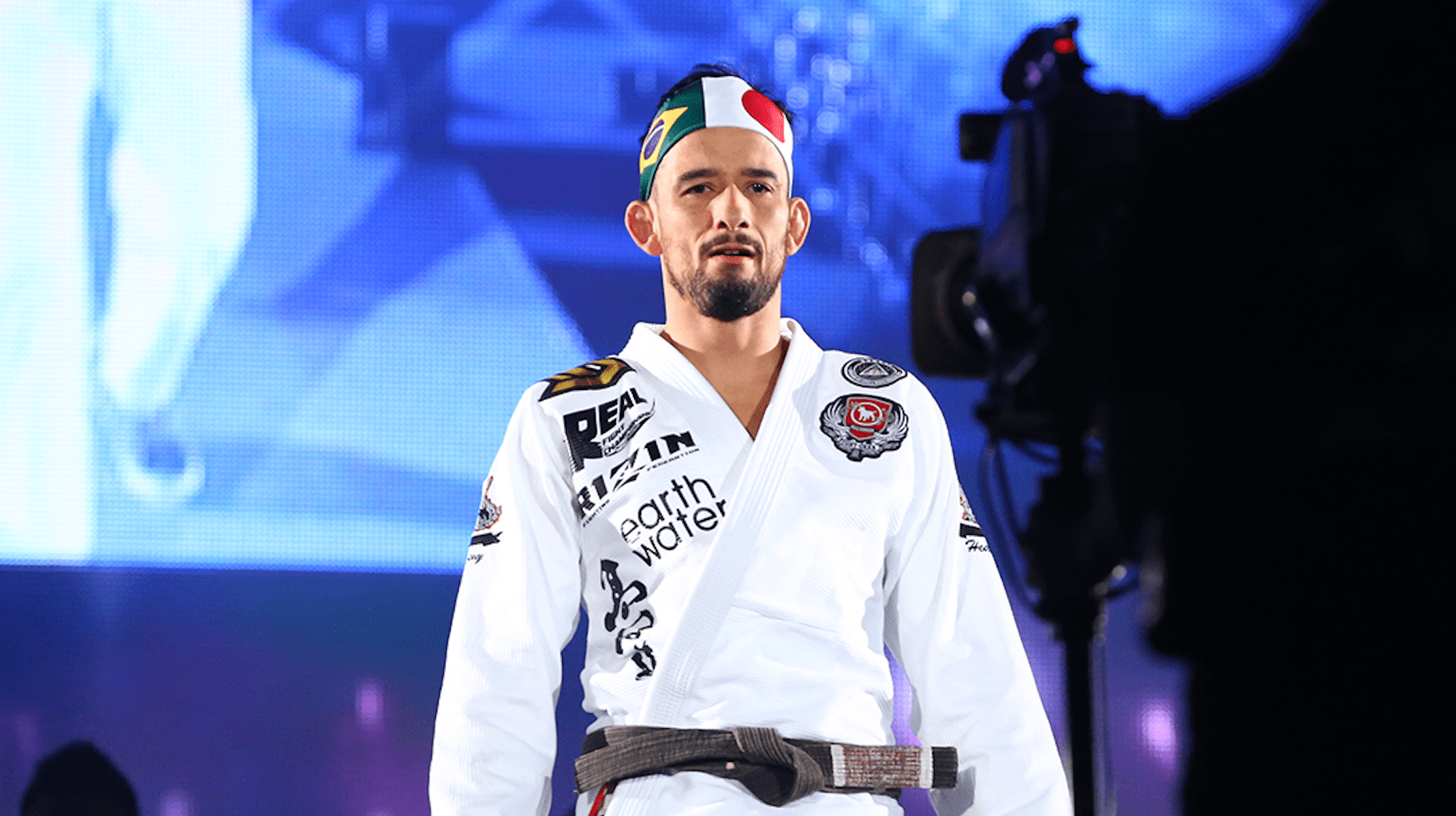 Kleber Koike Erbst made the dream debut at RIZIN 26. The former KSW featherweight champion needed less than one round to finish Kyle Aguon, sinking in a d’arce choke after dropping his opponent.

Following the victory, the Japanase-Brazilian spoke to Stewart Fulton on behalf of Asian Persuasion about winning his promotional debut, and his intent to win gold in RIZIN FF.

How are you feeling right now?
Ah…very glad.

How was your first fight in RIZIN?
I was very nervous, but I felt good after the win. I’ve been waiting over a year for this chance. When I got the offer, I was over the moon.

What’s your impression of Kyle Aguon now that you’ve fought?
He’s very strong, but I’m happy to get the win.

Who would you like to face next?
Please give me Yutaka Saito. I’d love to fight at Tokyo Dome in March.

You said you felt very nervous before the match today. Did you feel it more than normal?
Today especially, yes. Fighting in Japan, having my family close by, my students too, I felt pressure from various angles. Yeah, I haven’t fought for a while, so I tried not to be nervous, but that just made me more nervous. Only at first though.

Anyone watching your career knows how strong you are, but what message do you want to give the international fans who don’t know you yet?
I am Kleber Koike. The average fan might not know me, but you will know my name. I’m going to give it my all to get the [RIZIN] belt, so please remember my name.

You’re always clear about your submission hunting style, but did you imagine getting the d’arce choke from a punch knockdown today?
I’m always training kickboxing, but I never look for that one big hit. Today, I dropped him and thought ‘Ah well, it’ll be a submission again then!’

What’s your dream now?
I want to fight for the title. I’ve held the KSW belt, made my name in Europe, and I think it merits a fast track to challenge the champion. It’s been my dream to fight in Japan at this level for a long time now, and my time has come. I’ve been trying to get a shot in RIZIN for ages, but it always fell through. But, now with new management and this opportunity I’m after the RIZIN championship title.

Who would you like to see Kleber Koike Erbst fight next?