Ulka Sasaki: Next Year I’m Going To Come Back Even Stronger 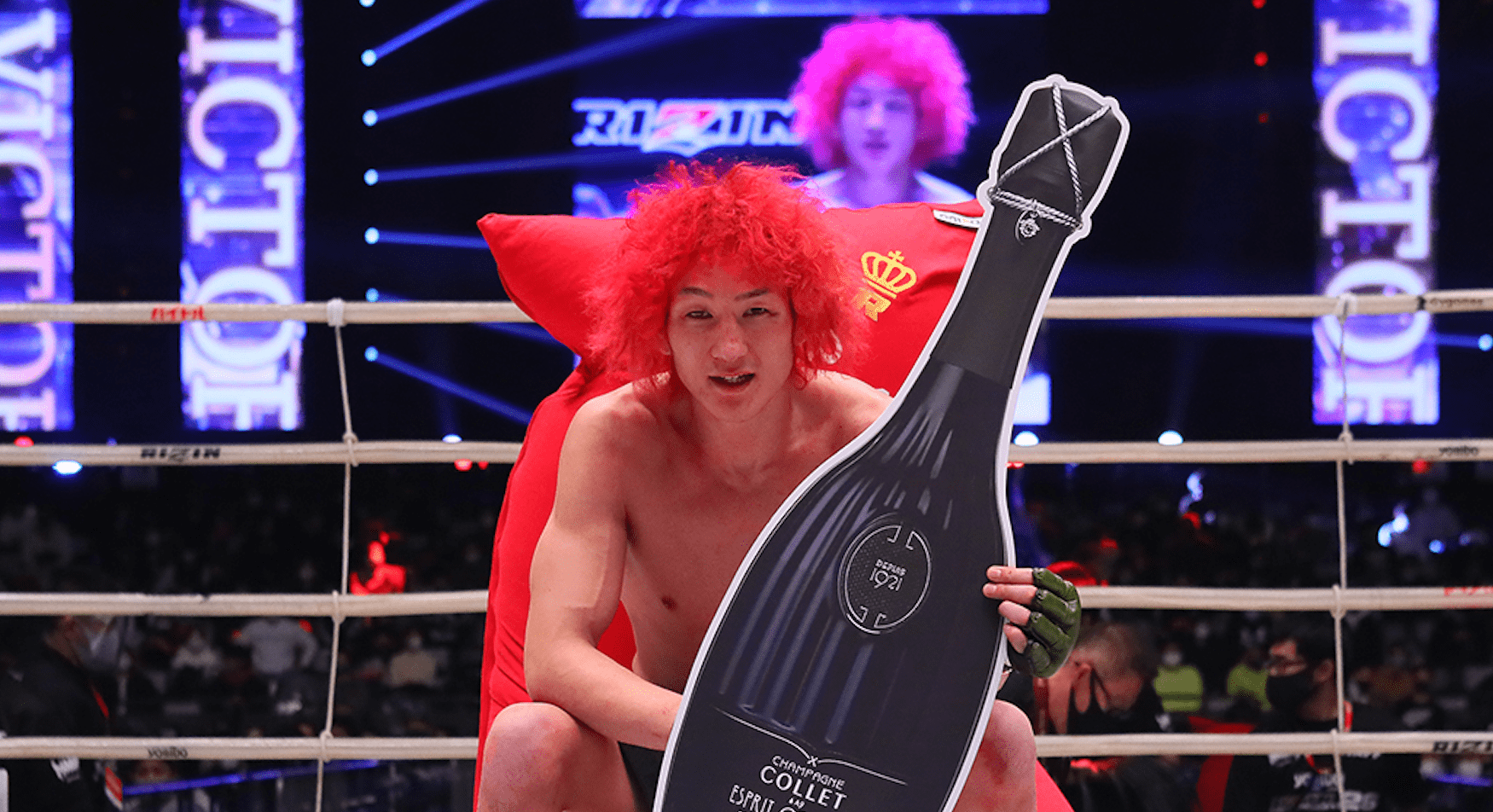 Ulka Sasaki got back to winning ways at RIZIN 26. After suffering a first round TKO loss to Kai Asakura 14 months ago at RIZIN 19, the Japanese 31 year old required two surgeries to repair the broken jaw he sustained in the fight.

Showing no ill effects from the injury, Sasaki earned a unanimous decision victory over Kenta Takizawa on RIZIN FF’s New Year’s Eve card. Speaking to Stewart Fulton on behalf of Asian Persuasion MMA, the UFC and Shooto veteran described getting back in the ring for the first time since breaking his jaw, and plans for 2021.

How are you feeling now?
I feel incredibly happy.

It’s been a while since you fought. How was it?
Training and fighting are different, right? Getting into the ring, winning, and sending the message to everyone that I’m back felt great.

You’re coming back from an injury. How did it feel getting back into the ring with that in mind?
With an injury like a broken jaw, it took time. Part of me knew that I might flinch after the first strike. But, I was able to put on a lot of pressure in the first round and that felt like a huge plus for me. It felt good to come back [strong].

How do you feel about Kenta Takizawa after the fight?
He’s a very good fighter. I could feel his will power. For me, being able to stand with a striker like Takizawa was a big thing.

What are your prospects now?
Well, it’s been just over a year. After the weigh ins I ate too much and felt sick (laughs), and there’s that special fight feeling, you know? I feel like this time it’s coming back, and next year I’ll regain even more. I’m going to work on my physical strength more.

Takizawa caught your chin a few times with punches. Did you feel anything in particular since you have a plate in your jaw?
No, I was able to keep concentration. I did catch a few punches, but I had this strong feeling of returning the strikes. I’m a fighter, so I can’t back down. I was happy with how I handled it. I was in a bit of danger from his ninja choke. When we went to the ground, because I’d eaten too much I felt sick. My corner helped and I got out on top, but I felt a bit queasy. That wasn’t good! (laughs)

You mentioned you wanted to fight Hiromasa Ogikubo.
Yes. I just got a strong decision win over Takizawa. I feel inside myself that I’m getting stronger, my fight feeling is back, so I think I can give Ogikubo a good fight.

It’s been a year since you fought, and two years since you won. Please give us your thoughts on that.
That’s actually the first time someone has said that, so I only just noticed! It feels good to win. I’m just glad I have the martial arts.

How did you feel right before the fight?
Yeah, it was a bit of a mystery to me, but this time I was very calm. It didn’t feel like it had been a year. It felt like a day in the office.

Can we say that Ulka Sasaki is back?
Oh yes. Next year I’m going to come back even stronger.

Did you have a specific strategy for Takizawa?
Yes. He likes to use his right knee, right punch, and hooks, so I was looking to circle away to his outside and get his head position past his lead leg to go for the takedown. But, once we started striking I felt comfortable.

What can we expect from you if you face Hiromasa Ogikubo?
I reckon I’ll be much stronger than you saw today. My body is strong, but I think I’ll be able to move faster. Today my stamina was good, and next time it’ll be better.

How do you think Ulka Sasaki fares against Hiromasa Ogikubo?