Martin Nguyen Is Prepared To Defend His Title Against The Best 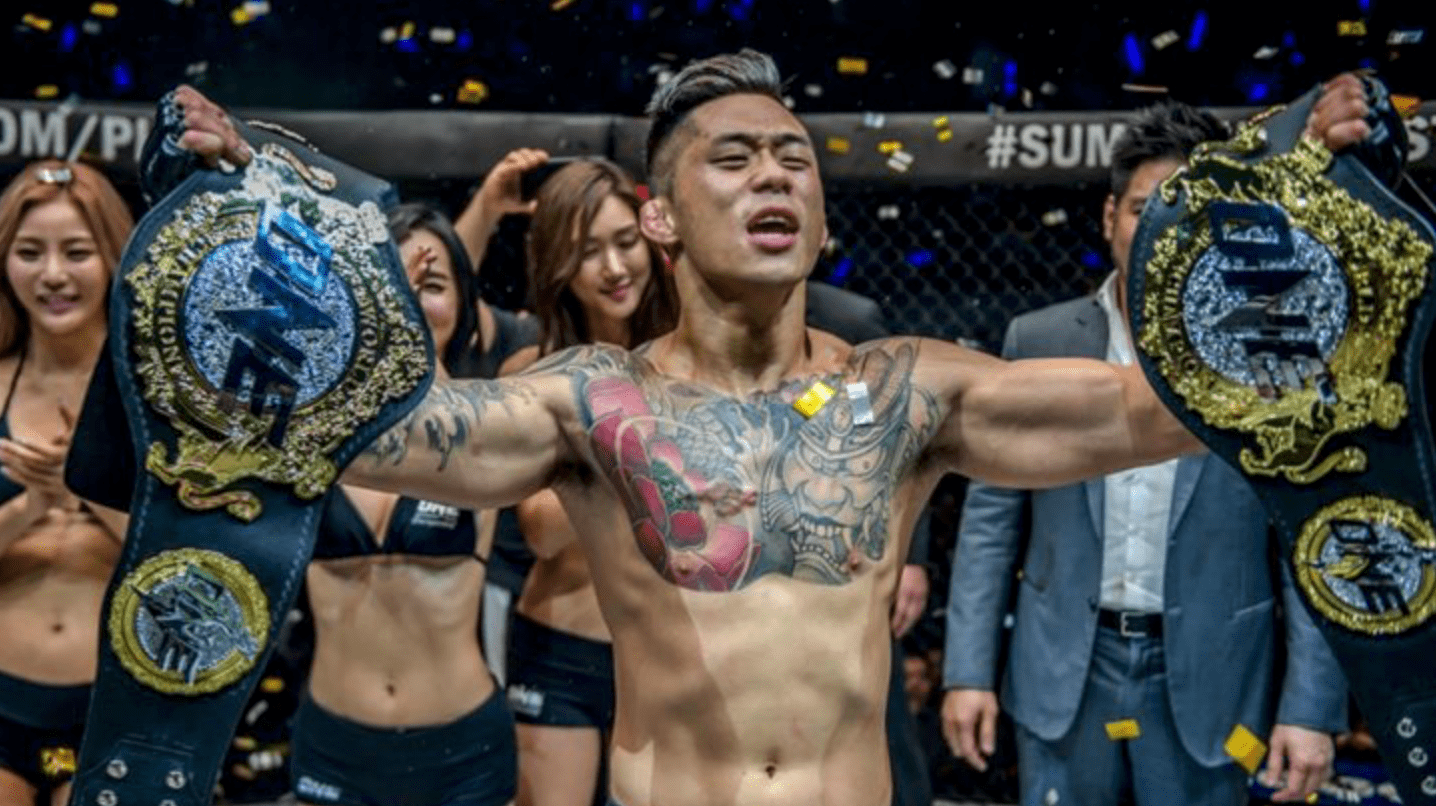 Martin Nguyen has been on a tear through the ranks of ONE Championship, becoming the promotion’s first two division world champion in 2017, after adding the ONE lightweight title to his featherweight title.

Nguyen also went after a third title, dropping down to fight for the bantamweight title on two occasions. But both times came up just short, losing a split decision to Bibiano Fernandes and a unanimous decision to Kevin Belingon.

Since then, Nguyen has moved his training camp to Sanford MMA in Florida, under the watchful eye of head coach, Henri Hooft. Speaking to MMA Fighting, the Vietnamese Australian opened up on the decision to concentrate on competing at featherweight, for the time being at least.

“Just the stress of different weight divisions, it got to me mentally, and physically at a point as well. Speaking to what my body knows and where I’m best, I’m still undefeated once I feel like that. When it comes to featherweight, that’s my division, that’s where I perform the best and where I’m mentally strong and my body’s performing to a tee, 100 percent.

“I thought I’d keep it simple and just go back to what I know. 2019 it worked out for me. … 2020 I have the same goal, just stick to what I know. Once I fulfill my goals at featherweight, then I’ll start thinking about jumping divisions. I’ve still got a whole five years at least in front of me.”

Nguyen had plans to fight three times in 2019, but the booking fell through. He then hoped to fight again in early 2020, but the outbreak of the novel coronavirus has put ONE Championship events on hold.

“My next bout was signed, contract was signed, ready to go,” Nguyen said. “Date was set. Opponent was set. I was training hard, I was ready to put this guy away, and unfortunately the coronavirus took over and the world came to a stop so we couldn’t do anything about that, it’s out of our control. It’s just all about staying in shape now and still being prepared for this guy.”

It was not all bad news for Nguyen, as he was able to return to Australia to be with his family before the borders closed. The champion was set to defend his title against Thanh Le, despite being called out by Brazilian Jiu-Jitsu ace, Garry Tonon. For the ‘Situ-Asian’ however, he’ll fight whoever ONE put in front of him.

“It is what it is if he didn’t sign it or they didn’t accept it, I don’t know,” Nguyen said. “If ONE Championship pulled back, I don’t know. On my end, I was willing to fight anyone and I spoke to ONE Championship staff and the owner, I was like, man, put me in and I’ll fight anyone. This is my division, so whoever steps up to the plate, it’s my duty to defend this title.”

Although Tonon will have to wait to fight Nguyen, Martin respects him for calling him out.

“Good on him for calling me out, I know a lot of people wouldn’t fight him. They wouldn’t take the risk of fighting him because of his special skill set of some sort and it could be a potential risk of them losing a title shot. Everyone wants to fight bums until they get title shots. I had to fight six people before I got my rematch, so I’m always a believer in people earning their shots and you know what, Garry Tonon, I feel like he deserves a shot because of his jiu-jitsu credentials. In terms of his MMA credentials, that’s questionable, like who has he fought? But in terms of his his jiu-jitsu credentials, throw this guy in.”

Tonon presented himself as a non threat, due to his lack of experience in MMA. Everyone knows about Tonon’s legendary BJJ credentials however, and Nguyen refuses to fall for such tricks because he know how dangerous his potential opponent is.

“Of course everyone’s gonna say that,” Nguyen said. “Why would the champion not take the risk of someone who’s inexperienced? It’s more of a percentage of a chance that they’ll win, but obviously they would want to say that. It’s like mind games, you know?

“It’s like saying that to the point that, ‘He’s got nothing to lose? Why not take it?’ That’s what I was saying about Marat [Gafurov]. ‘He’s got nothing to lose, he’s already beaten me once. What’s he gonna lose if he accepts the fight again?’ And you know what, I knocked him out. I think it’s more of the mind over matter and more of mind games on his side.”

The skies the limit for the focused Martin Nguyen. Are you excited for a matchup with Garry Tonon when it happens?