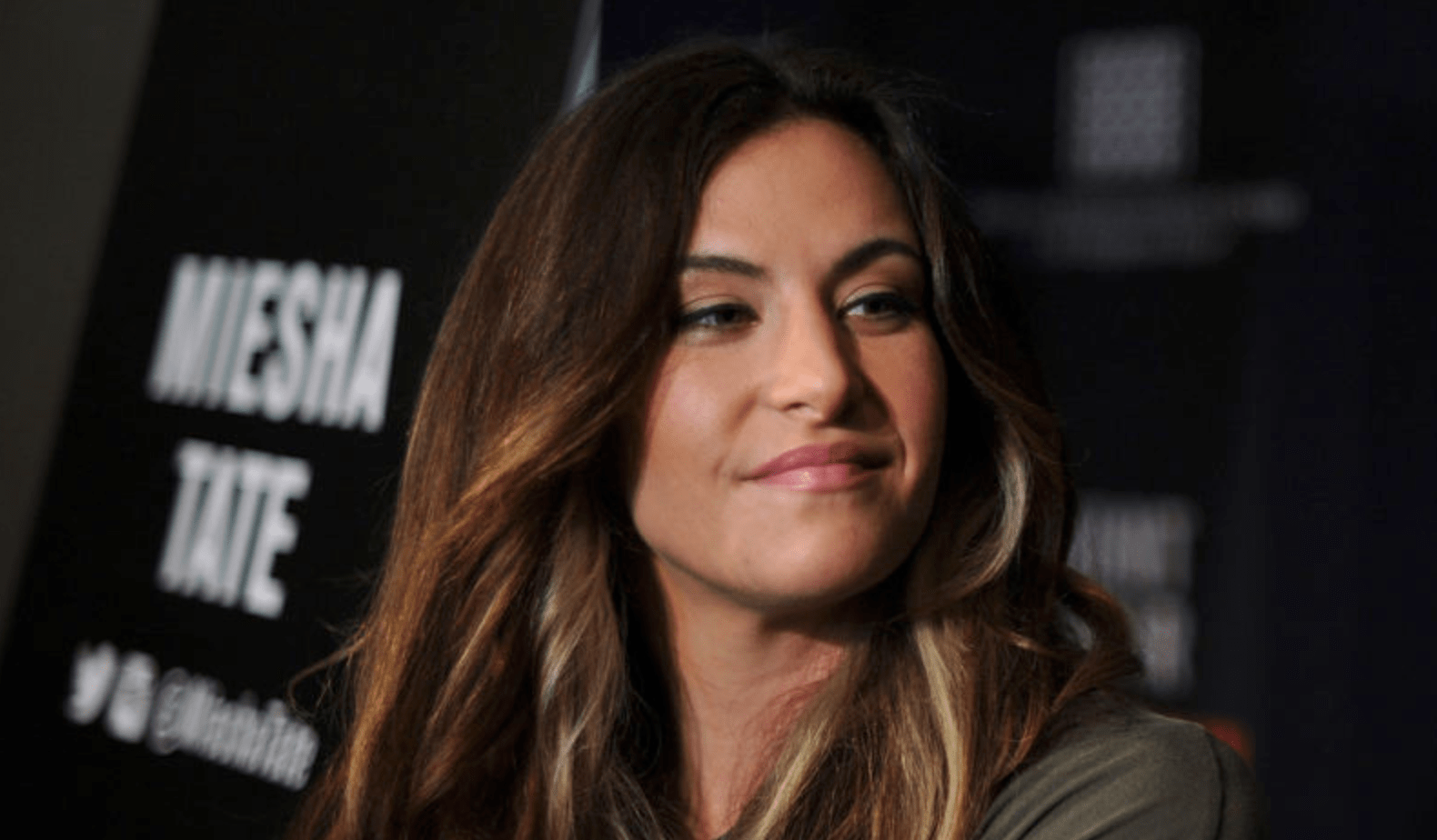 Miesha Tate has opted to end her retirement from fighting and make a surprise comeback. After hanging up her gloves in 2016, she will return to the Octagon to face Marion Reneau on the UFC’s July 17th card.

Tate’s greatest accomplishment in her fighting career was winning the UFC bantamweight title by beating Holly Holm at UFC 196. She would retire two fights later however. After some time away from action though, ‘Cupcake’ feels the call for competition again.

Speaking on MMA Tonight on SiriusXM Fight Nation (via MMA Junkie), Tate said that her passion to fight again has been re-ignited.

“I’m so excited, I really am,” said Tate. “I mean, there is a fire that has been lit. My heart is completely full of passion. I feel like I’m totally reinvigorated and when you know, you know. I just know. I’ve always been that person to lead with my heart and do what I feel like my calling is in life and it’s never steered me wrong. I’ve been a very – just a person that can change direction very quickly and not be afraid to do it. I dive right in if I feel like it’s right and that’s what I’m here to do. Like this sport, it’s been calling for me. I feel like it’s been calling me and now it’s time to answer.”

Tate has revealed that her new UFC contract will consists of six fights, and that she has mapped out a two-year-plan for her MMA comeback.

“I’m looking at this in a two-year perspective,” Tate said. “It’s very difficult to really say because you always think you’d like to have a plan for your life and it very rarely follows that. That’s why I’m just like, ‘Why do I plan anything?’ because it just never really works out that way, you know? But, I’ve got six fights on the contract, I’ve got two years that I know for sure I want to dedicate to this sport. But look, anything can happen off one fight. I’ll be honest, I really don’t know what exactly to expect.”

“I Want To Become A Champion Again”

Tate hopes to secure a win against Reneau in her return, but her ultimate goal in coming back is to recapture the UFC bantamweight title, which will likely mean beating reigning champion Amanda Nunes, who defeated her at UFC 200 to win the belt. ‘The Lioness’ is coming off a submission victory over Megan Anderson at UFC 259, but the 34 year old believes she holds the keys to victory in a potential title rematch.

“That’s what’s so exciting to me is I get to get in there and mix it up with Marion and she’s the one that I had to keep those goals on, but I can tell you for the next two years, that’s my plan to be heavily involved in the sport,” said Tate. “Obviously I want to become a champion again, and I think Amanda [Nunes] is just a phenomenal fighter. She’s the best. She’s the greatest of all time. But I really believe that finally, hopefully when that moment comes, which I know it will, I know if I put my nose to the grindstone – and that’s just to say if my girl Julianna [Pena] doesn’t get it done first.

“She might be able to go out there, and hopefully she gets that next opportunity, and I’d love for her to be able to attain that goal, too. But speaking right now, the champion is Amanda. I’d love to run that one back. I would love to fight her again because I know I have the style to beat her. I’m not at all gonna take anything away from her. She is just a scary woman, and she hits like a man, and I know that. I know everything. I’ve been in there with her, and I’ve seen what she’s done since then, but I know I have the style to beat her, and I know I have desire. I have plans, I have goals, and I know I’m somebody that, when push comes to shove, I make s*** happen.”

Since her last fight, Tate has taken up a role as Vice-President at ONE Championship. ONE CEO Chatri Sityodtong congratulated the former UFC champion following her announcement yesterday.

Can Miesha Tate emerge victorious when she faces Marion Reneau in her first fight since 2016?