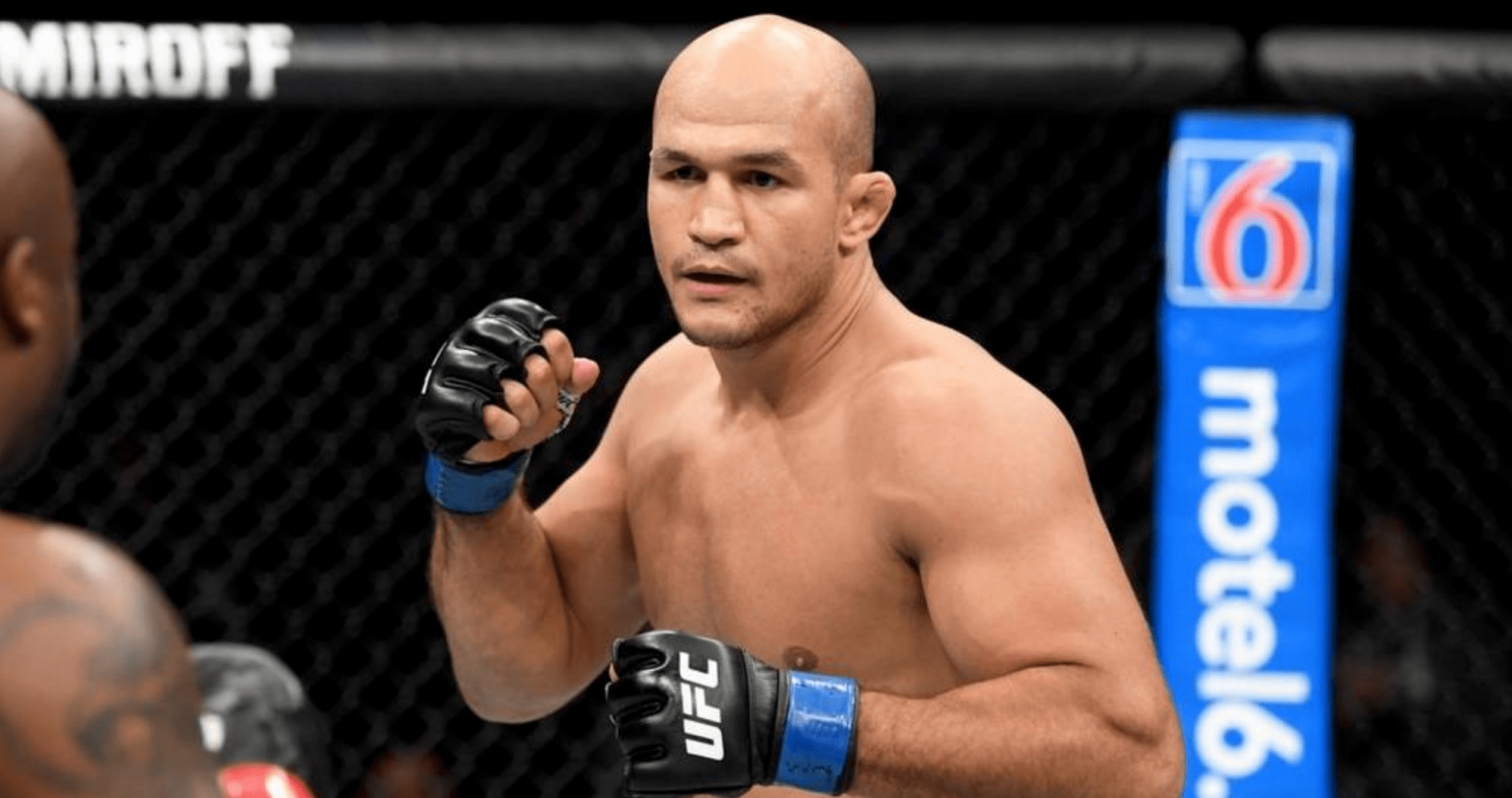 After parting ways with the UFC earlier this month, Junior dos Santos is weighing up a couple of interesting options.

Dos Santos signed with the UFC in 2008, and made an instant impact in his debut by knocking out Fabricio Werdum in the first round. ‘Cigano’ then steamrolled his way through the top fighters of the division, before beating Cain Velasquez to win the heavyweight title at UFC on Fox 1.

He successfully defended his title against Frank Mir at UFC 146, but then lost it to Velasquez in their rematch at UFC 155. Since then, dos Santos has had his ups and downs. The 37 year old is currently on a four-fight losing streak, and is thinking about trying his luck in a different form of combat sport.

Speaking with Ag Fight (as translated by Bloody Elbow), dos Santos said that he’s keeping his options open, and isn’t ruling out a potential move over to boxing.

“I’m taking some time to analyse this situation and choose my next step with certainty,” dos Santos said. “I have offers. From boxing, too, which is my passion. Of course that it needs to be interesting for all parties, but I think it would be amazing if it ends up being viable. It would be pretty cool. I’ve always wanted to do that. When I focus solely on boxing, I do pretty well. I love the noble art.”

Earlier this month, Bellator heavyweight champion Ryan Bader said that he wouldn’t be mad if the promotion added dos Santos and Alistair Overeem, who was also released by the UFC along with ‘JDS’, to their heavyweight roster.

Should he end up joining Bellator, dos Santos would love a dream matchup with Fedor Emelianenko, and is also open to potential fights with Bader and Overeem.

“I’m a big fan of Fedor and it would be pretty cool to face him,” dos Santos said. “I’m not sure about his situation. I don’t know if he’s still fighting. I do know he’s with Bellator. Bader called us out, too. He wanted to welcome us, I think that would be really interesting. He’s a really tough guy, too. A rematch against Alistair Overeem, who always finds a way to avoid that topic. It can be in Bellator or wherever.”

Dos Santos was released by the UFC after his recent loss to Ciryl Gane at UFC 256. The former UFC heavyweight champion isn’t willing to accept the defeat however, as he believes the fight-ending blows from ‘Bon Gamin’ were illegal. He has since filed an appeal with the Nevada State Athletic Commission.

Would you like to see Junior dos Santos join Bellator to take on the likes of Fedor Emelianenko and Ryan Bader?