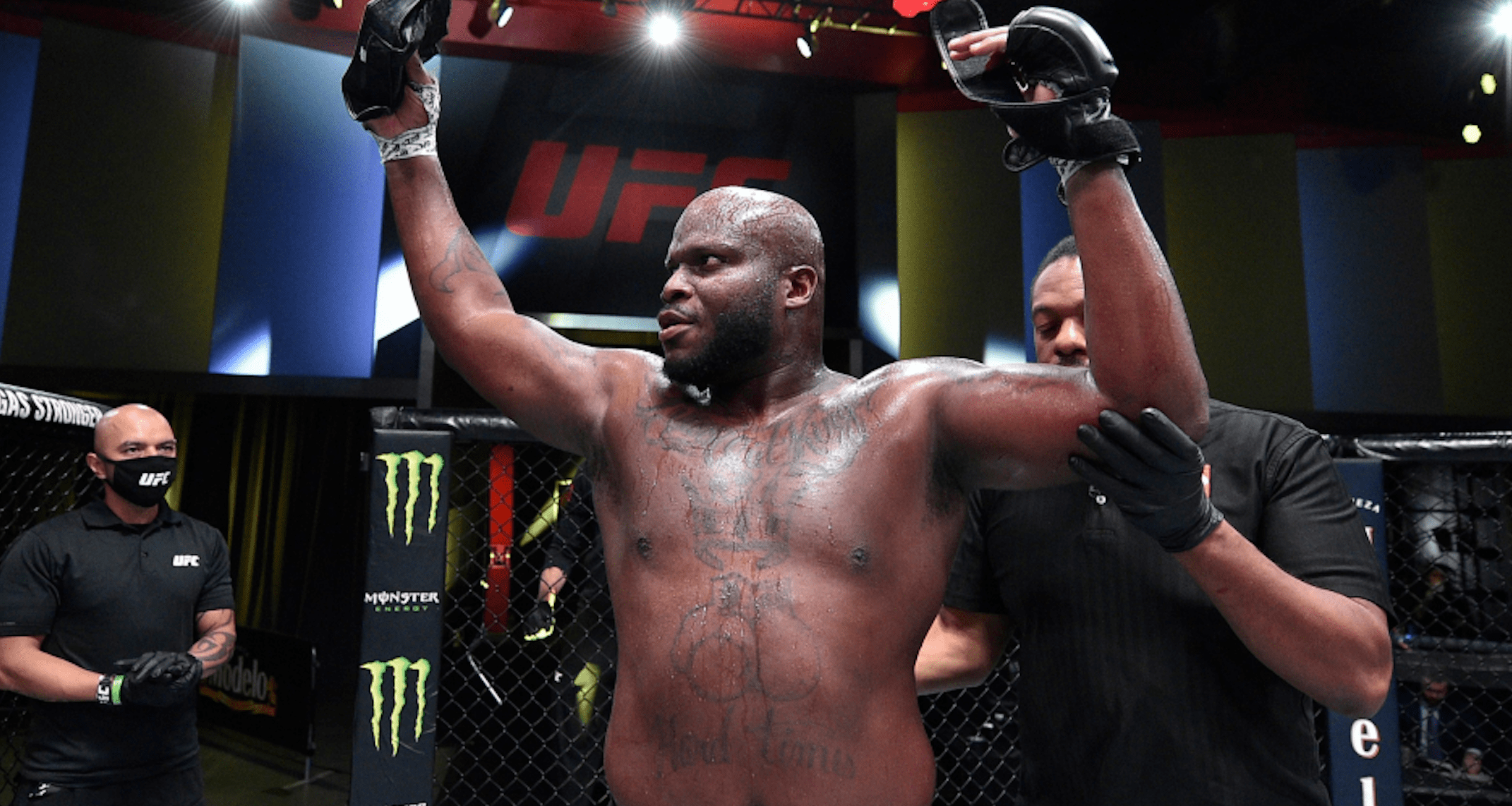 Derrick Lewis is now the most decorated knockout artist in the history of the UFC heavyweight division. In his last outing in the main event at UFC Vegas 19, ‘The Black Beast’ flattened a heavy favourite in Curtis Blaydes with a vicious uppercut in the second round. With that, he tied Vitor Belfort for the record for most knockouts in UFC history with twelve.

While his knockout victory against Blaydes is certainly one of the most memorable highlights of his career to date, it isn’t Lewis’ favourite however. Speaking on ‘The Joe Rogan Experience’ podcast (as transcribed by MMA Mania), the Louisiana native revealed that his knockout over Alexander Volkov at UFC 229 tops his list.

“That was [my favourite], yeah,” Lewis said. “The crowd made it real satisfying because of the way they reacted. And seeing the one guy from Guardians of the Galaxy (Chris Pratt), seeing his reaction made it all worthwhile.

“I was telling my coach in my camp, ‘I’m fighting a Russian guy, it would be cool to have one of those Rocky-type fights. And sure enough it was a Rocky-type fight. So crazy. It ended just like a Rocky movie.”

Trailing on the scorecards with only 30 seconds left of his fight with Volkov, Lewis dropped the Russian with a vicious counter right, before finishing him with a barrage of strikes on the ground. While the 36 year old was trying to cool down in his post-fight interview as ‘his balls was hot’, he said that everyone was going berserk back in his hometown of Louisiana.

“My manager at home, he fainted. Lou [DiBono] said he fainted, he couldn’t take it anymore,” Lewis revealed. “Everyone was so pumped about that, I heard the police were called because my neighbours, some fans, were just going so crazy.”

The Only Regret From UFC Vegas 19

Lewis certainly attracted more eyeballs at UFC 229, because the event was headlined by a lightweight title fight between arch-rivals Khabib Nurmagomedov and Conor McGregor. The event broke viewership records, and sold 2.4 million pay-per-views in total.

With COVID restrictions in Las Vegas, Lewis fought Blaydes in an empty UFC APEX, which is probably the only thing he regrets from UFC Vegas 19.

“I wish the fans were there for the Curtis Blaydes fight,” Lewis said. “I’m pretty sure they would have went crazy for that one, too.”

“I Have To Let Everything Out”

With twelve knockouts to his name in the UFC, it’s clear that Lewis doesn’t like point-fighting. So much so that when his coach tells him he’s approaching the end of the round, that’s when he really enjoys to look for the finish.

Who do you think Derrick Lewis should fight next?