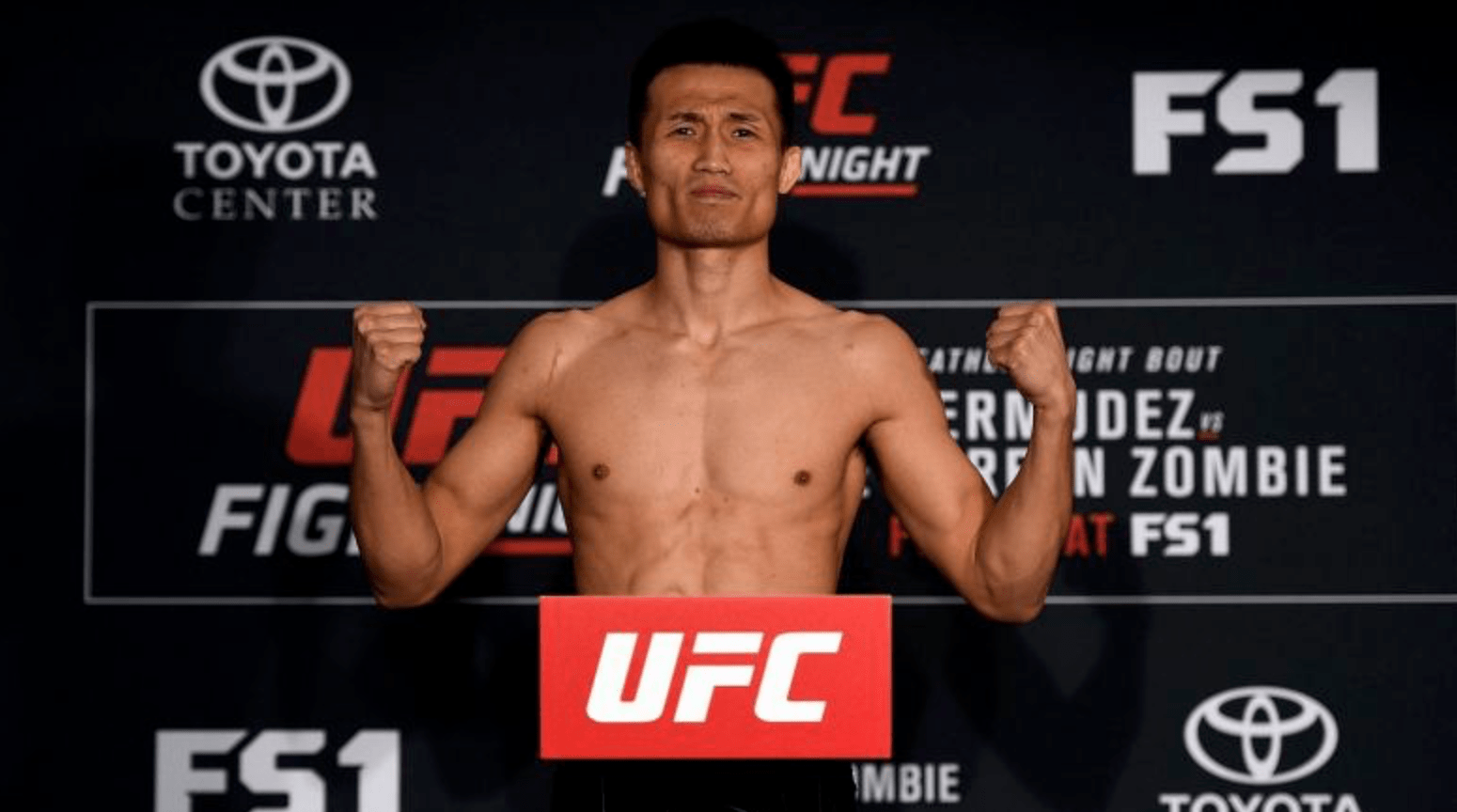 ‘The Korean Zombie’ (Chan Sung Jung) has been having a tough time finding an opponent as almost everybody in the UFC featherweight top ten is currently either booked or injured. So much so that before he was called out by Dan Ige at UFC Vegas 21, he was looking to take a fight at lightweight.

Jung fought Brian Ortega last October at UFC Fight Island 6, losing via unanimous decision. In January, ‘The Korean Zombie’ said that he would like to get back into the Octagon as soon as possible, but he’s having a hard time finding himself a dance partner.

Looking For A Fight

Speaking on his YouTube channel (as transcribed by MMA Fighting), ‘The Korean Zombie’ said that the UFC offered him three contenders in the top 10, but the stars didn’t align with any of them.

“All of the fighters that the UFC has given me to fight are now fighting each other,” ‘The Korean Zombie’ said. “I’m just kind of stuck in a pickle. The UFC gave me a list of fighters to fight and Sean Shelby believed that they’d return to the ring in time for me to fight. Even though I was down to fight, our schedules did not match and it didn’t work out. Everyone in the top ten are scheduled to fight one another, leaving me with no one.

“The UFC won’t allow me to fight anyone outside of the top ten. The UFC chose three fighters that I can fight and I chose another three from the top-ten. In a surprising turn of events, all six of those fighters are now fighting each other. This means I’ll have to wait even more to fight.”

With no luck at featherweight, ‘The Korean Zombie’ said he discussed a potential move up to lightweight with his manager Jason House and coach Eddie Cha. They were told by the UFC however, that they’d have to wait even longer for a fight at 155lbs.

“I had recently sat down with coach Eddie and Jason, my manager, and had a discussion about moving from the featherweight division to the lightweight division,” ‘The Korean Zombie’ revealed. “I asked Sean if I could fight any lightweight fighter ranked in the 15th to 20th place. Nevertheless, I had to give that up after hearing about how long I would have to wait.

“Since I had nothing scheduled as a featherweight fighter, I thought moving to the lightweight division wouldn’t be so bad. At least I would be doing something, but sadly, that didn’t work out either.”

However, it appears that ‘The Korean Zombie’ might not have to wait much longer. After a spectacular one-punch knockout victory against Gavin Tucker at UFC Vegas 21, Dan Ige called out the 33 year old, who is also open to fighting the Hawaiian.

“For me to fight, I need all of the injured fighters to completely heal, or the opponent of the fighter that I want to fight needs to back out, or I can just fight Dan Ige,” ‘The Korean Zombie’ said. “It looks like the UFC is going to make me fight someone in the top ten. To be honest, I’m fine with anyone, but we’ll see what happens.”

Would you be interested in a potential top ten featherweight fight between ‘The Korean Zombie’ and Dan Ige?