ONE: Heart Of Heroes Has Been Postponed Due To The Coronavirus 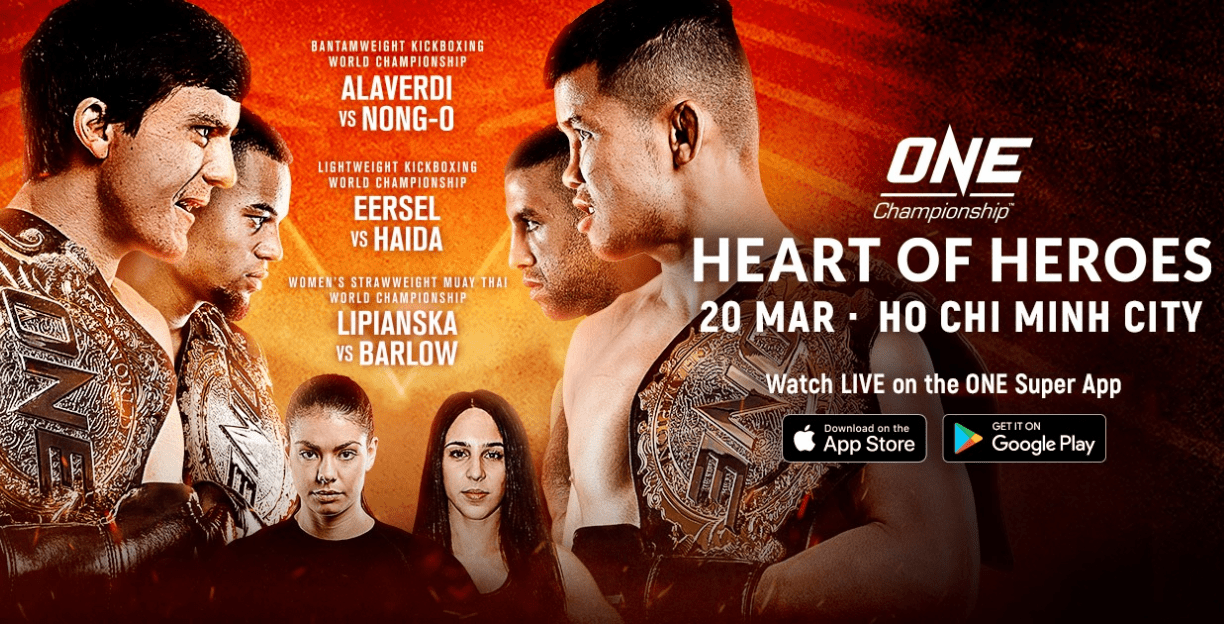 ONE Championship has decided to postpone their upcoming ONE: Heart Of Heroes card, which was scheduled to take place on March 20th at Phu Tho Indoor Stadium in Ho Chi Minh City, Vietnam.

It is the latest sporting fixture to have been impacted by the Wuhan Coronavirus. Last week, ONE held ONE: King Of The Jungle behind closed doors in the Singapore Indoor Stadium.

In the last hour, ONE Championship CEO Chatri Sityodtong has taken to social media to announce the decision. The card will now be moved to June 26th, providing that the coronavirus situation has improved by then.

“NEWS ALERT: After discussing all options with the Vietnam Government, my team and I have decided to postpone ONE: Heart of Heroes on March 20 in Ho Chi Minh City. The event will now take place on June 26, assuming the coronavirus situation eases. Bar none, the safety of our fans, athletes, staff, partners, and public are the highest priority for ONE Championship. On a positive note, I am super excited to make the biggest announcement of 2020 (so far) next Friday March 13. Stay tuned! #WeAreONE“

Alaverdi Ramazanov was scheduled to defend his ONE bantamweight kickboxing world title against the ONE bantamweight Muay Thai world champion Nong-O Gaiyanghadao, in the main event of ONE: Heart Of Heroes.

ONE Championship’s next scheduled event is ONE: Infinity 1, which is set to go down on April 10th, at the Istora Senayan in Jakarta, Indonesia. The first card of the Infinity trilogy series will feature three title bouts. Demetrious Johnson is set to challenge Adriano Moraes for the ONE flyweight world title. Aung La Nsang will defend his ONE middleweight title against the man he won the title from, Vitaly Bigdash. And the ONE light heavyweight kickboxing world champion Roman Kryklia, will make his first title defence against Andri Stoica.