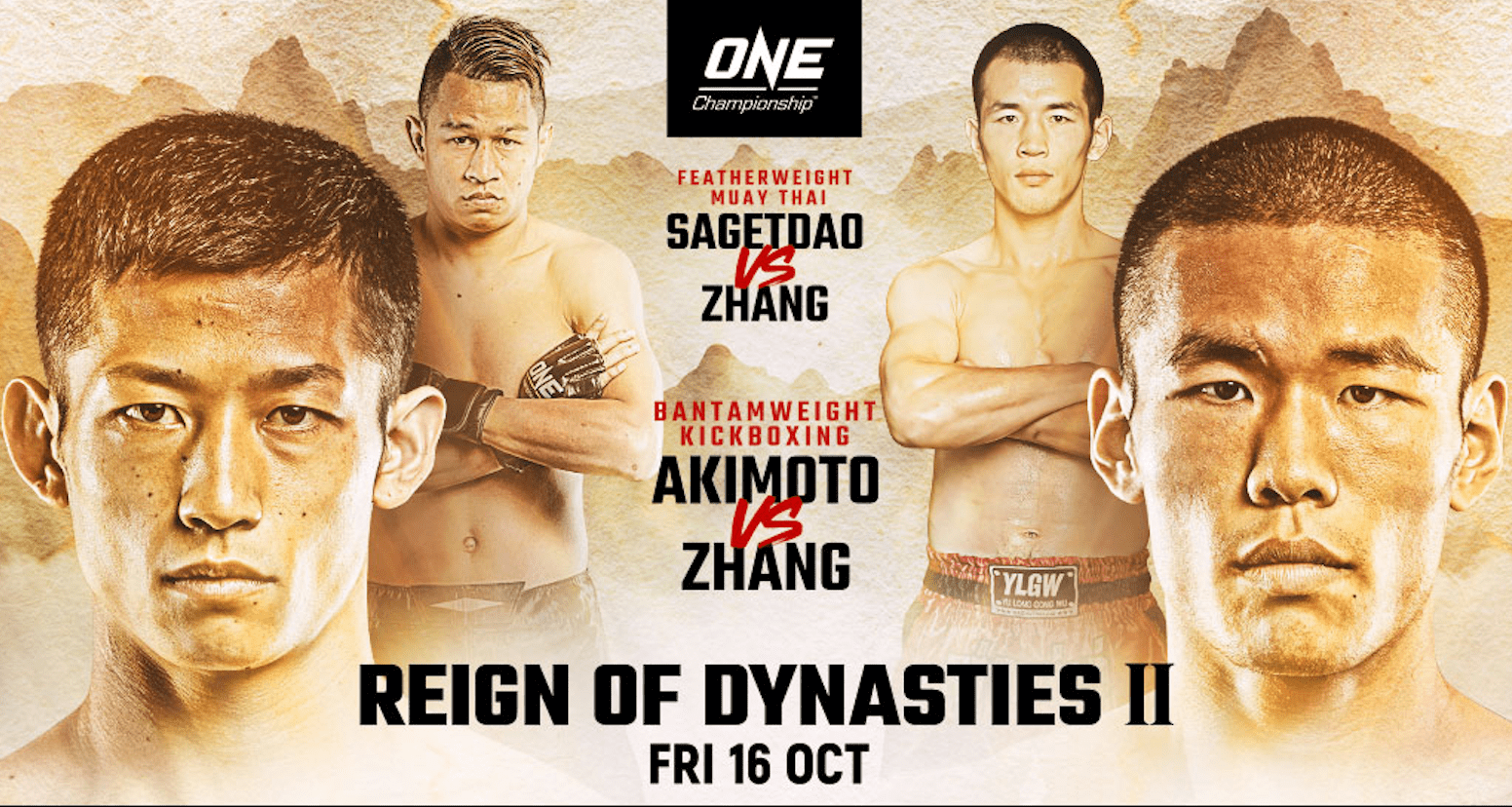 ONE: Reign Of Dynasties went down last night behind closed doors at the Singapore Indoor Stadium. The event marked the promotion’s first international event, having held six local events in Bangkok, Thailand in the last few months.

ONE Championship returns to Singapore next Friday night, with ONE: Reign Of Dynasties 2, which will have a China vs The Rest Of The World theme. The main and co-main events will feature the Zhang brothers.

In the headline bout, Chenglong Zhang will take on Japan’s Hiroki in a kickboxing contest. While in the co-main event, Zhang Chunyu will go up against Thailand’s Sagetdao Petpayathai.

Elsewhere on the ONE: Reign Of Dynasties 2 card, Malaysia’s Keanu Subba returns to the ONE Circle after breaking his leg against Ryogo Takahashi at ONE: For Honor 17 months ago. The card will also feature two more Malaysians; Azwan Che Wil faces Wang Wenfeng and Mohammed ‘Jordan Boy’ Bin Mahmoud goes up against Han Zi Hao, both in Muay Thai.

Full Lineup For ONE: Reign Of Dynasties 2:

After ONE: Reign Of Dynasties 2, ONE: Inside The Matrix is set to go down on October 30th, and will feature four title fights.